Lindsey Graham Warns U.S. Withdrawal from Syria Would Be “Terrible” During Surprise Visit to Manbij

It remains to be seen how Graham plans to walk the fine line between his recently voiced support for Kurdish fighters and his desire to maintain a strong relationship with Turkey.

Ignoring Astana Talks, US Military Presence in Syria is Ballooning

Despite its recent claims to the contrary, the US is hunkering down in Syria for the long haul.

President Trump’s announcement that he intends to order the US military out of Syria attracted a lot of public attention, unlike the war preparations that preceded and followed those statements. Three months ago, the American military established an outpost in Manbij, in the wake of Turkey’s threats to seize control of the area. The US has

END_OF_DOCUMENT_TOKEN_TO_BE_REPLACED

The Syrian rebels attacking the U.S. troops are the same rebel forces that the U.S. was directly arming through CIA arms smuggling operations for years. U.S. ground troops were attacked outside of the Syrian city of Manbij today, according to coalition spokesman Col. Ryan Dillon. They came under fire from Syrian rebels allied with Turkey, and US forces returned fire before fleeing back into

END_OF_DOCUMENT_TOKEN_TO_BE_REPLACED

Boots On The Ground: US Sends Troops To Syria’s Manbij After capturing the Syrian city of al-Bab from ISIS, Turkish officials made it clear that the next military target was the city of Manbij, along the Euphrates River. Manbij was captured last year from ISIS by the Kurdish YPG, with considerable US military support. Turkey had long insisted that Kurds aren’t allowed west of the river, where Manbij

END_OF_DOCUMENT_TOKEN_TO_BE_REPLACED

Syria appears to have cut a Russian-brokered deal with the Kurdish YPG and the Manbij Military Council. (REPORT) --- Back in August, Turkey’s invasion of northern Syria focused a lot on seizing ISIS territory along the border. At this point, all the easily claimable ISIS cities are gone, and Turkey’s forces are increasingly bumping up against the forces of the Syrian government. In al-Bab, Turkish forces took the city, but Syrian

END_OF_DOCUMENT_TOKEN_TO_BE_REPLACED CHILE -- While some measure of stability has returned to pockets of northern Syria following the Syrian Army’s recent liberation of al-Qaeda from Aleppo and elsewhere, external forces seem determined to keep the region volatile, regardless of the cost. In the latest example of aggressive foreign intervention in Syria, Turkey, which has long played

END_OF_DOCUMENT_TOKEN_TO_BE_REPLACED

This is not the first time the presence of French military soldiers in Syria was revealed. It was reported early on in the Syrian destabilization effort that 13 French military officers acting as mercenaries/death squad participants were captured by the Syrian government. 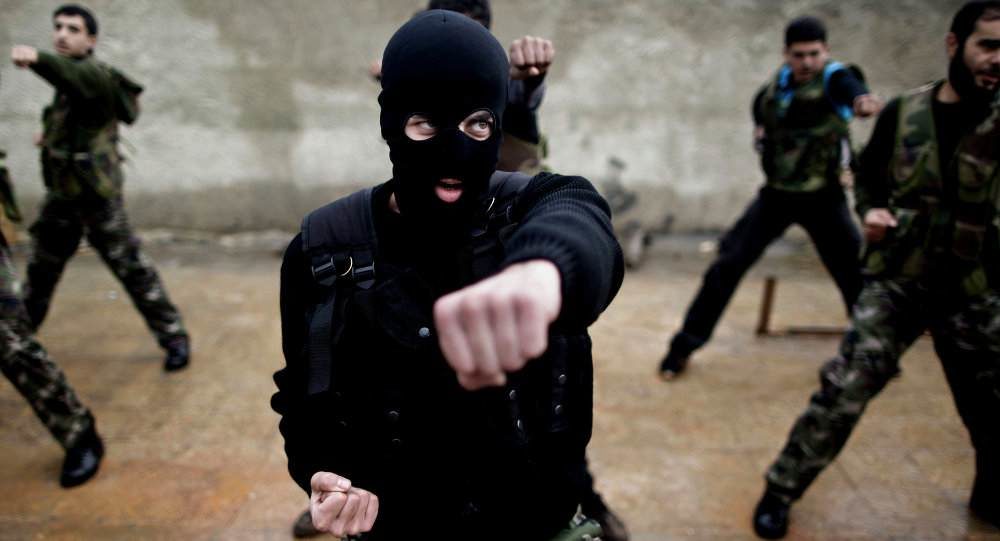 Yet another confirmation has arrived regarding what informed observers have known since the very beginning of the Syrian crisis but what, up until this point, authorities have tried to deny – that French Special Forces are active on the ground in Syria. According to