“As soon as I started looking closely at the inner workings of American foreign policy, I was forced to conclude my approach to producing and consuming news would never be welcome in the mainstream press.” — Anya Parampil WASHINGTON -- When Anya Parampil was attending George Washington University and saw her peers trickle into the university’s well-entrenched State Department pipeline, she knew that the path most commonly walked by her peers wasn’t for her. Eventually, life led her away from a career in international diplomacy toward one in journalism, but not

END_OF_DOCUMENT_TOKEN_TO_BE_REPLACED

Hold the Front Page: The Reporters are Missing

So much of mainstream journalism has descended to the level of a cult-like formula of bias, hearsay and omission. Subjectivism is all; slogans and outrage are proof enough. What matters is “perception.” The death of Robert Parry earlier this year felt like a farewell to the age of the reporter. Parry was “a trailblazer for independent journalism”, wrote Seymour Hersh, with whom he shared much in common. Hersh revealed the My Lai massacre in Vietnam and the secret bombing of Cambodia, Parry exposed Iran-Contra, a drugs and gun-running conspiracy

END_OF_DOCUMENT_TOKEN_TO_BE_REPLACED END_OF_DOCUMENT_TOKEN_TO_BE_REPLACED

Not a single mainstream television network in the United States carried any mention of Israel’s barrage of 140 bombs and missiles directed at Gaza on Wednesday.

On Wednesday, Israel carried out a 24-hour, round-the-clock military assault on Gaza, one of the most densely populated places on earth, killing at least three Palestinians, including a 23-year-old pregnant mother and her

END_OF_DOCUMENT_TOKEN_TO_BE_REPLACED

CJ Werleman is a journalist, political commentator, and author of 'The New Atheist Threat: the Dangerous Rise of Secular Extremists.

Is it any surprise that public trust in the US media is reaching all-time lows, while news consumers are increasingly looking to alternative news sites? 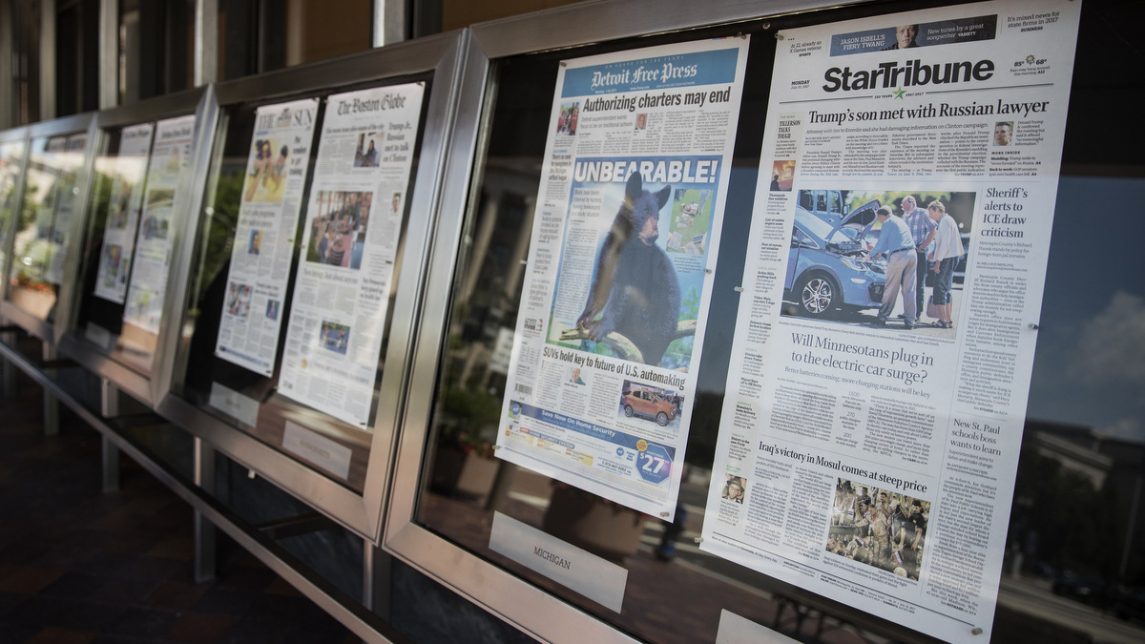 Over the course of his turbulent presidency, Donald Trump has accused various media companies, with special attention reserved for CNN, as being purveyors of ‘fake news.’ In one early-morning Tweet last year, he

END_OF_DOCUMENT_TOKEN_TO_BE_REPLACED

Robert Bridge is a writer and journalist. He authored the book, 'Midnight in the American Empire,' released in 2013.

The Diseased and Lying Condition of America’s Corporate News Media