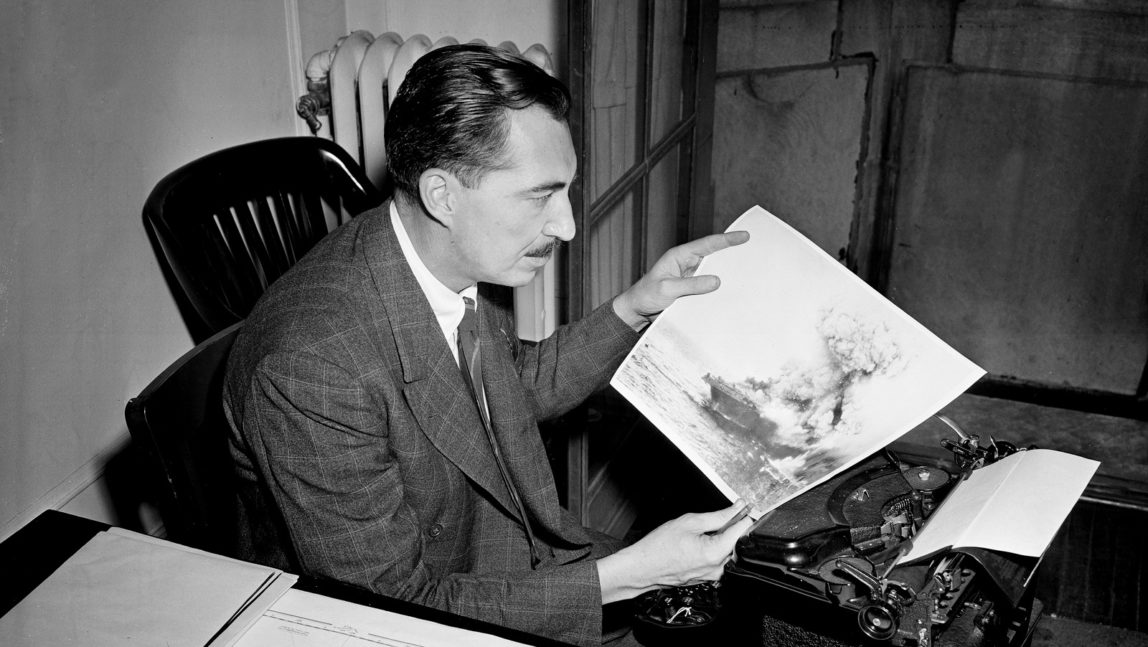 Newly published documents by the National Security Archive reveal why a grand jury refused to prosecute a Chicago Tribune reporter during World War II for a leak. Correspondent Stanley Johnston was accused of revealing the United States cracked a Japanese code, which alerted the military to Japanese war plans before the Battle of Midway. A

END_OF_DOCUMENT_TOKEN_TO_BE_REPLACED

Critics claim that Wikileaks/Assange is trying to deflect from charges that it is a front for the Kremlin by finally dumping “something” on Russia. Perhaps in an attempt to refute recurring allegations that it has traditionally focused on exposing only US state secrets if not being an outright covert and subversive Moscow front, today Wikileaks released a new cache of documents which it claims detail surveillance apparatus used by the Russian state to spy on Internet and mobile users. It’s the

END_OF_DOCUMENT_TOKEN_TO_BE_REPLACED In the most Nixonian-sounding comment yet during this week's craziness, President Trump, clearly angry about the leaking sieves that are the White House and the US intelligence community, just issued a cryptic threat to former FBI Director Comey, warning in no uncertain terms about retaliation should the leaks continue and saying the fired FBI

END_OF_DOCUMENT_TOKEN_TO_BE_REPLACED

The secret document was put together by two Australian Facebook execs and includes information about when young people are likely to feel excited, reflective, as well as other emotions related to overcoming fears. Facebook has come under fire over revelations it is targeting potentially vulnerable youths who “need a confidence boost” to facilitate predatory advertising practices. The allegation was revealed this morning by The Australian which obtained internal documents from the social media giant which reportedly show how Facebook can exploit the moods

END_OF_DOCUMENT_TOKEN_TO_BE_REPLACED

‘Why? And Why Now?’ Panama Papers ‘John Doe’ Steps Out Of Shadows

Anonymous whistleblower says “Panama Papers are, if nothing else, a glaring symptom of our society’s progressively diseased and decaying moral fabric.” The anonymous source behind the Panama Papers stepped out of the shadows on Friday to offer justification for what has been called the biggest leak in history. The whistleblower's gender and name remain secret, as does their occupation. German newspaper Süddeutsche Zeitung, the leaker's initial contact, has authenticated that the statement came

END_OF_DOCUMENT_TOKEN_TO_BE_REPLACED

Greenpeace has leaked hundreds of pages of the controversial Transatlantic Trade and Investment Partnership (TTIP) which show that negotiations may be in danger of collapsing.