After its worst electoral performance in decades, Jeremy Corbyn announced last night that he would be resigning his position as leader of the Labour. “I will not lead the party in any future general election campaign. I will discuss with our party to ensure there is a process now of reflection on this result and on the policies the party will take

END_OF_DOCUMENT_TOKEN_TO_BE_REPLACED The Conservative Party is celebrating a resounding victory in yesterday’s General Elections in the United Kingdom. With all but one of the 650 constituencies counted, the public has elected 364 Tory Members to Parliament, on a night that saw great losses for the Labour Party.  Prime Minister Boris Johnson declared the moment a “new dawn” for the

END_OF_DOCUMENT_TOKEN_TO_BE_REPLACED

New research from Matt Kennard has shown how the British intelligence establishment works with the UK media to smear Jeremy Corbyn. The United Kingdom goes to the polls December 12 in a pivotal vote that will decide the future of the country. Like in 2017, the Labour Party, under the leadership of Jeremy Corbyn, is surging towards the ruling Conservative Party in the last weeks of campaigning. But he will not become Prime Minister if the UK’s security services have anything to

END_OF_DOCUMENT_TOKEN_TO_BE_REPLACED

Miko Peled highlights the campaign by pro-Israel groups to overwhelm the Labour Party into submission and bring about the fall of Corbyn by using a barrage of anti-Semitism accusations. LONDON -- The Zionists’ suppression of freedoms extends beyond Palestine, particularly when it comes to freedom of speech about Israel. Zionist agents, planted in centers of power around the world, are busy silencing those who would criticize Israel. Using an array of highly effective methods, they have been successful at getting laws passed by

END_OF_DOCUMENT_TOKEN_TO_BE_REPLACED

As soon the conference began, one thing was clear: Palestine was going to have a significant place in the discussions and resolutions. What was also clear was that there is a segment within the U.K. Labour Party that is deeply Zionist, opposes Corbyn, and works within the party to undermine him. 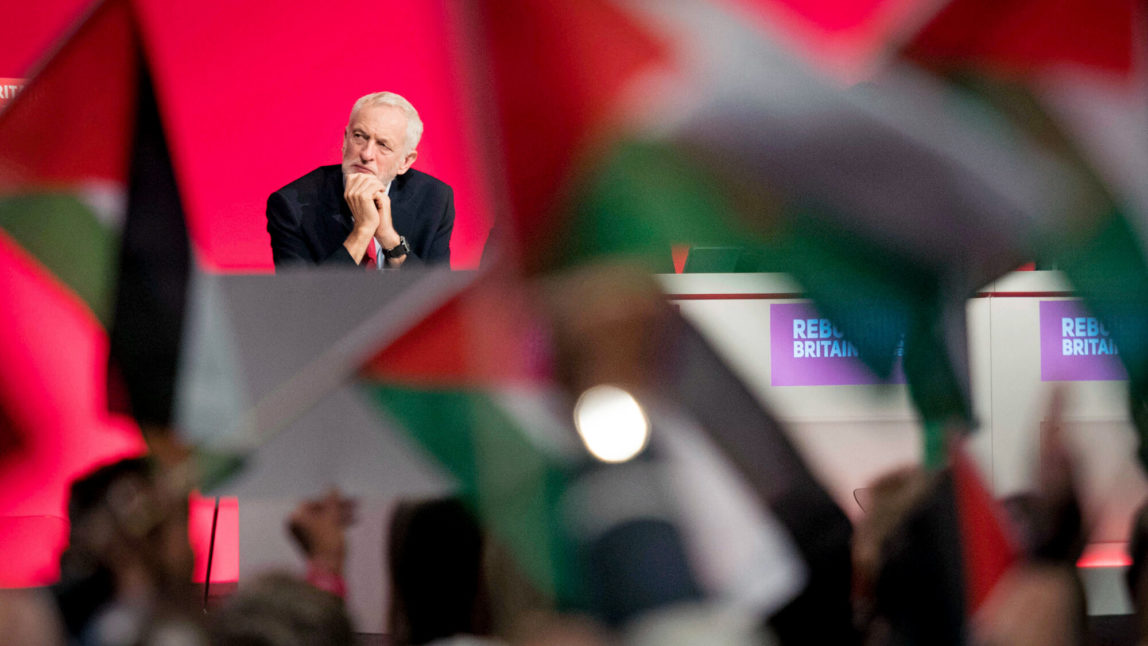 LIVERPOOL, ENGLAND -- The 2018 U.K. Labour conference held in Liverpool, September 23-26, will be remembered as a turning point in U.K. relations to the Palestinian issue. Britain, which is rightfully accused for its role in promoting the Zionist takeover of Palestine, now seems prepared to make amends. In his final speech, on the final day of the

END_OF_DOCUMENT_TOKEN_TO_BE_REPLACED

Corbyn is Being Destroyed, Like Blowing Up a Bridge to Stop an Advancing Army

The corporate elite weaponised anti-semitism not because they care about the safety of Jews, or because they really believe that Corbyn is an anti-semite. The latest “scandal” gripping Britain – or to be more accurate, British elites – is over the use of the term “Zionist” by the Labour leader Jeremy Corbyn, the head of the opposition and possibly the country’s next prime minister. Yet again, Corbyn has found himself ensnared in what a small group of Jewish leadership organisations, which claim