The currently stateless Kurds sit astride the Iraq-Syria border on land blessed/cursed with oil, other resources, and geopolitical significance. Is it any wonder that mega-corporations and their client states are looking to use the Kurds, stoke conflict, and exploit the situation? 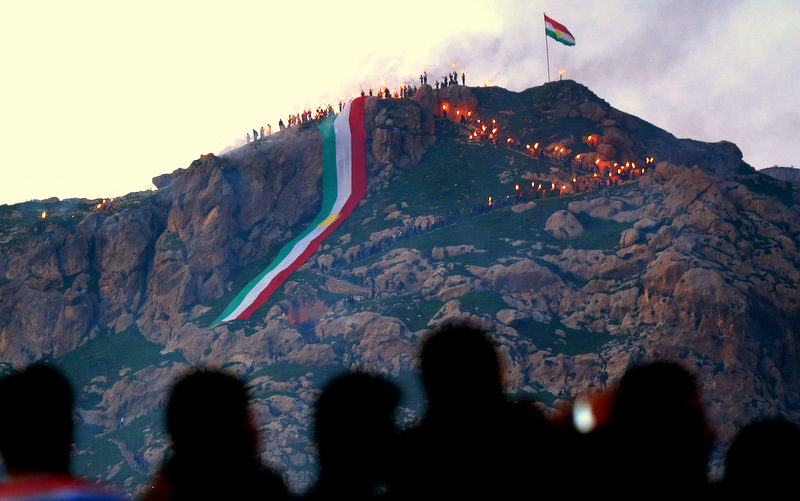 Years before the U.S. illegally invaded and then occupied Iraq, plans were circulating within the Pentagon to partition the country along “sectarian” lines, with the express purpose of allowing the U.S. and its regional allies to better control oil resource production and movement within the Middle East. In Syria, the same narrative of partition

END_OF_DOCUMENT_TOKEN_TO_BE_REPLACED WASHINGTON --- President Donald Trump claims that his energy policy creates high-wage construction jobs. Some of organized labor in the United States agrees with him, including North America’s Building Trades Unions, which is affiliated with the AFL-CIO, the country’s largest federation of unions. On Jan. 24, NABTU released a statement in

END_OF_DOCUMENT_TOKEN_TO_BE_REPLACED

‘The Republican majority believes the more hidden money in politics, the better,’ proclaimed a prominent Democratic opponent of the bill, which is likely to stall in the Senate or face President Obama’s veto. WASHINGTON --- Rather than following the lead of prominent advocates for campaign finance reform, the House of Representatives recently voted to make American politics less transparent than ever. The issue of the influence of so-called “dark money” on politics -- hidden, high-dollar donations made possible by reforms to campaign finance law like

END_OF_DOCUMENT_TOKEN_TO_BE_REPLACED Police forces arrested over 400 people Monday in Washington, D.C., as people were peacefully gathered in front of the Capitol to protest against the role of money in politics and to demand voting rights. At least 10 buses were used to transport the people in handcuffs, while the police announced they "ran out of space" for arrested activists,

END_OF_DOCUMENT_TOKEN_TO_BE_REPLACED

New research shows that Exxon and the Koch brothers and other entities like them form the heart of the American climate denial machine. Right now, nearly every leader of nearly every country in the world is gathered in Paris for perhaps the most ambitious and meaningful negotiations humanity has ever undertaken. But if you haven’t heard much about it, you’re not alone. Summing up the climate change conference’s first day for the New Republic, Jonathan Katz was understandably

END_OF_DOCUMENT_TOKEN_TO_BE_REPLACED

Koch Brothers Two-Faced On Crime: The Hypocrisy Behind Their Calls For ‘Reform’ WASHINGTON --- Supporters of criminal justice reform have found an unexpected ally in their efforts to reduce America’s massive prison population: the notoriously conservative Koch brothers. Yet a new investigation suggests the billionaires still support “tough on crime” politicians whose policies contribute to the expansion of mass