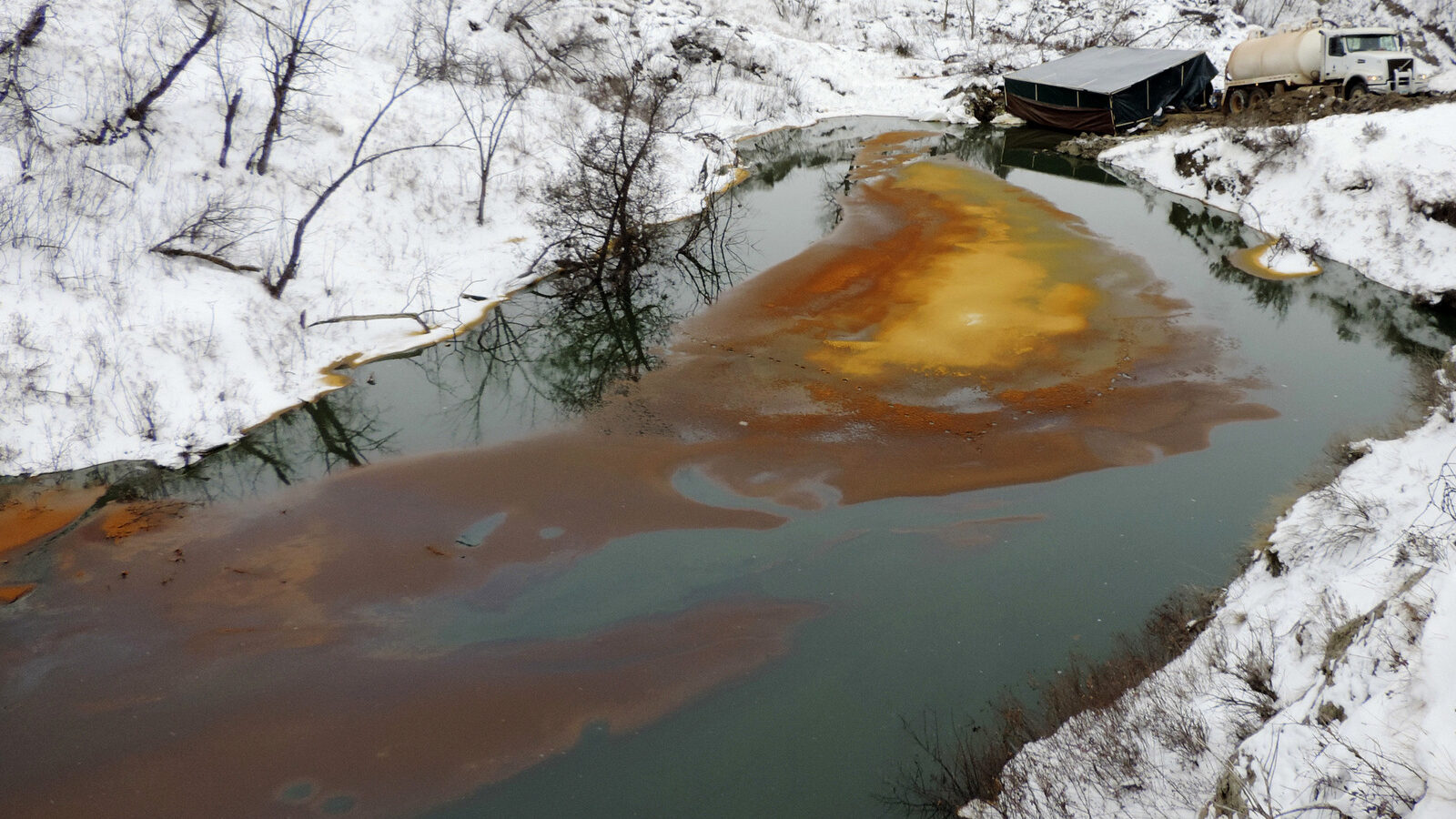 About 530,000 gallons of oil is now believed to have spilled from the Belle Fourche Pipeline that was likely ruptured by a slumping hillside about 16 miles northwest of Belfield in Billings County, North Dakota. The oil spill that shut down a portion of the Keystone 1 pipeline in South Dakota last weekend is much bigger than initially estimated, TransCanada admitted on Thursday—almost 100 times bigger, in fact. The fossil fuel company said the “potential volume” of the spill in Freeman,

END_OF_DOCUMENT_TOKEN_TO_BE_REPLACED

The Obama administration has rejected the Keystone XL pipeline, saying that to approve the project would have "undercut" U.S. climate goals and leadership.

"America is now a global leader when it comes to taking serious action on climate change," Obama said in remarks at the White House.
END_OF_DOCUMENT_TOKEN_TO_BE_REPLACED

Refusal by the small and relatively obscure group of Lax Kw’alaams to be purchased out of their traditional land is a beautifully symbolic but no less powerful event. Members of a Canadian indigenous tribe turned down $267,000 per person to allow a pipeline to be built through their land (ANTIMEDIA) As the oil and gas industry seemingly attempts to swallow up pristine land at any cost, one indigenous band in

END_OF_DOCUMENT_TOKEN_TO_BE_REPLACED

While the domestic oil pipeline network is rapidly expanding, so too are concerns about safety. A vacuum trucks cleans up oil in near Tioga, N.D, where more than 20,000 barrels of crude oil have spewed out of a Tesoro Corp. oil pipeline in a wheat field in northwestern North Dakota. Photo credit: AP Despite public opposition that has so far blocked the building of the Keystone XL pipeline, the fossil fuels industry has successfully—and

END_OF_DOCUMENT_TOKEN_TO_BE_REPLACED

The U.S. government must consult with tribes on any issue that might affect them, but tribes say the government has failed to do so in regards to the path of the Keystone XL pipeline — a project that carries massive environmental and social concerns. LINCOLN, Nebraska --- Thousands of people are expected to rally at the Harvest the Hope concert on a farm near Neligh, Nebraska, on Sept. 27. Headlined by Neil Young and Willie Nelson, proceeds from the sold out show will benefit the Indigenous Environmental Network, Bold Nebraska and the Cowboy & Indian Alliance -- groups that

END_OF_DOCUMENT_TOKEN_TO_BE_REPLACED