“Attorney General Jeff Sessions does not have his eyes set on voter suppression but is instead exploiting this moment to push a false narrative about voter fraud.” In a move civil rights groups denounced as a blatant attempt by the Trump administration to intimidate minorities, spread hysteria about non-existent voter fraud, and suppress turnout, the Justice Department announced on Monday that it is dispatching personnel to "monitor" 35 voting locations in 19 states during Tuesday's midterms just as President

END_OF_DOCUMENT_TOKEN_TO_BE_REPLACED Police officers lie under oath in court so often that they’ve even given the practice a nickname. “Behind closed doors, we call it testilying,” New York City police officer Pedro Serrano told the New York Times. “You take the truth and stretch it out a little bit.” The term, the Times notes, came into common usage among cops about 25 years ago,

END_OF_DOCUMENT_TOKEN_TO_BE_REPLACED

Justice Department Has No Idea If Their Incarceration Alternatives Work

The Justice Department’s ignorance gives contractors an opening for more business without having to prove that their lucrative services actually provide the support needed to reduce recidivism.

The Justice Department is not evaluating the performance of pretrial diversion programs, residential re-entry centers, and home confinement, according to congressional testimony from the Government Accountability Office (GAO). Under President Barack Obama administration, the Justice Department sought to reduce booming federal prison populations

END_OF_DOCUMENT_TOKEN_TO_BE_REPLACED Several members of Congress signed on to a letter recommending Attorney General Jeff Sessions look into whether the Justice Department has the laws it needs to prosecute environmental activists challenging pipelines as if they are terrorists. The letter asks Sessions if the USA PATRIOT Act and Pipeline Safety Act contain enough provisions to

END_OF_DOCUMENT_TOKEN_TO_BE_REPLACED

“President Trump campaigned on a promise of ‘law and order,’ but apparently law enforcement for big polluters is not what he had in mind.” An environmental watchdog group said Thursday that the Trump administration has so far shown little interest in holding companies accountable for polluting the environment, compared with President Donald Trump's recent predecessors. In keeping with a pattern of lax enforcement Trump took office in January, the Environmental Protection Agency

END_OF_DOCUMENT_TOKEN_TO_BE_REPLACED

The Trump administration is preparing to investigate whether Asian Americans are treated unfairly as a result of admissions policies intended to boost the chances of other racial minorities. That inquiry should also look at colleges’ other major affirmative action effort — lower admission standards for applicants whose parents are alumni or major donors. 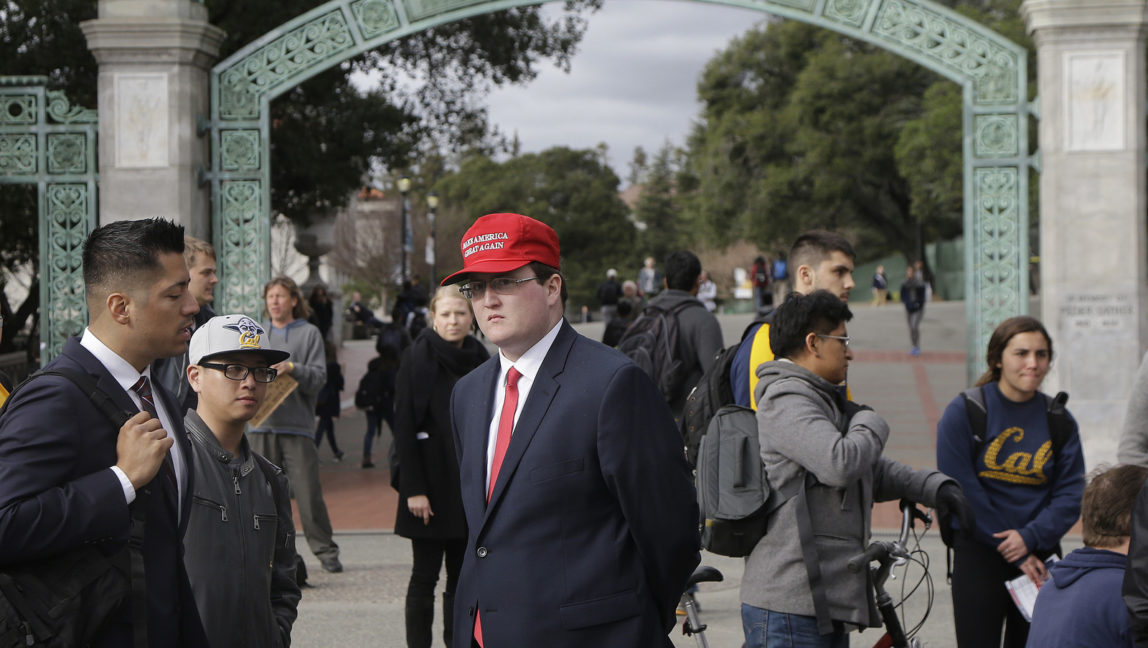 More than a decade ago, I chatted with Asian-American seniors at Hunter College High School in New York City about their college admission prospects. One young woman told me she had scored 1530 out of a maximum 1600 on the SAT. When I congratulated her, she said that her score was what she and her friends called "an Asian fail." She predicted it