JERUSALEM -- “I need a cell for a Jew,” the Israeli cops driving the jeep called into the jail. I was the Jew they were referring to and the jail was the infamous “Muskobia,” in the heart of West Jerusalem. This was the end of a long and tiring day that began with a protest in the village of Nabi Saleh in Palestine. I was covered in sweat, tear

END_OF_DOCUMENT_TOKEN_TO_BE_REPLACED

Israel is now at a crossroads. It can only win back the support of US Jews if it abandons Zionism altogether, or abandon them in favor of complete reliance on the Evangelicals. In fact, some top Israeli officials are already advocating the latter. 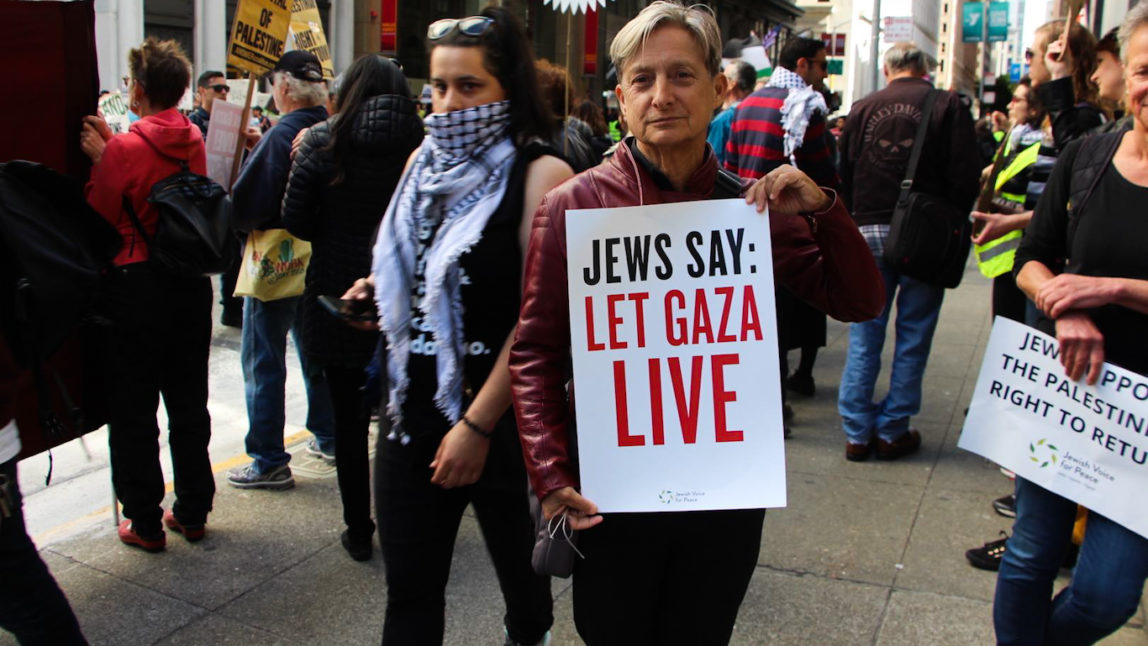 A unique but critical conversation on Israel and Palestine is taking place outside the traditional discourse of Israeli colonialism and the Palestinian quest for liberation. It is an awkward and difficult - but overdue - discussion concerning American Jews’ relation to Israel and their commitment to its Zionist ideology. For many years, Israel

END_OF_DOCUMENT_TOKEN_TO_BE_REPLACED

When Naftali Bennett, the first yarmulke-wearing Israeli prime minister, refers to the Bible to justify his claim to the Land of Israel, he is not referring to Jewish scripture but to Protestant religious doctrine. JERUSALEM -- Naftali Bennett once stated in an interview with Mehdi Hassan that, according to the Bible, Palestine -- or, as he calls it, Israel -- belongs to the Jewish people. Palestine is referred to as “The Land of Israel'' by some people and, in this interview from 2017, Bennett insists that if Hassan wants to claim that “the Land does not

END_OF_DOCUMENT_TOKEN_TO_BE_REPLACED

Israeli Lawmaker Proclaims ‘Jewish Race’ Superior to All Others

“You can understand why we usually win a lot of Nobel Prizes,” he said. A lawmaker from the ruling Likud party said Wednesday that the “Jewish race” is the smartest in the world and possessing of the “highest human capital,” which is why, he said, the Israeli public did not buy into the allegations of wrongdoing by Prime Minister Benjamin Netanyahu, reports The Time Of Israel. MK Miki Zohar made the comments during a

END_OF_DOCUMENT_TOKEN_TO_BE_REPLACED

The plots described in the files were many and varied, including a failed plan by militants to blow up the British destroyer Chevron off the coast of Haifa. LONDON — The call to British military security forces came early in the morning, shortly after 1 a.m., and could not be ignored. The informant's message was alarming: Assassins planned to kill the commander of British forces in Palestine the following morning; evasive action was needed. The source didn't know the details of the plan, but warned

END_OF_DOCUMENT_TOKEN_TO_BE_REPLACED

340 U.S. Rabbis: ‘We Support This Historic Nuclear Accord’ With Iran

This deal is good for the United States and our allies in the region, and is the best arrangement possible given current international realities,” declared Rabbi Steven Bob of Glen Ellyn, IL. 340 rabbis from all streams of Judaism sent a letter to all Members of Congress urging that they support the agreement between the international community and Iran on the Iranian nuclear program.  Read the full text of the letter, which was published by progressive Jewish think-tank Ameinu, below:   August 17, 2015   Members of