Reading through the Biden campaign’s website, one wonders if the leader of the Democratic Party is in touch with the rest of the country, not to mention the rest of the world when it comes to Israel.

In his column entitled “The Secrets of Jewish Genius,” Bret Stephens pondered the question why Jews had achieved so much despite constituting such a small part of the world’s population. For him, the answer lay in their genetic superiority. The paper of record is under fire again for publishing an unusual article promoting race science. In his column entitled “The Secrets of Jewish Genius,” Bret Stephens pondered the question: why have Jews achieved so much despite constituting such a small part of

END_OF_DOCUMENT_TOKEN_TO_BE_REPLACED

As Jews with a long tradition of social justice and anti-racism, AIPAC does not represent us. #WeStandWithIlhan We are Jews who stand with Representative Ilhan Omar. She has been falsely accused of anti-Semitism since tweeting that GOP threats against her and Representative Rashida Tlaib for criticizing Israel were “all about the Benjamins baby.” When asked to clarify who is paying members of Congress “to be pro-Israel,” Omar replied, “AIPAC!” There is

END_OF_DOCUMENT_TOKEN_TO_BE_REPLACED JERUSALEM, PALESTINE -- The call “From the River to the Sea, Palestine shall be Free” brings out the worst in the Zionist spokespersons. From CNN and Fox News to the various Zionist trolls and spokespersons around the world: “Aha!” they say, “The true face of these anti-Semites has been exposed.” Panic seems to strike as they assert that this is “a

END_OF_DOCUMENT_TOKEN_TO_BE_REPLACED Prominent Jewish intellectual Noam Chomsky has raised concerns over what he believes is the rise of “Judeo-Nazi tendencies” in Israel. Speaking to i24NEWS last week, the renowned political dissident, linguist and scholar repeated warnings given by Yeshayahu Leibowitz, an Israeli public intellectual, biochemist and

END_OF_DOCUMENT_TOKEN_TO_BE_REPLACED

Trump and Netanyahu have demonstrated in Pittsburgh that their worldview is a good deal closer to that of Robert Bowers than it is to that of most U.S. Jews or, indeed, most Americans. On Saturday, Robert Bowers, a right-wing gunman strode into a synagogue in the Squirrel Hill section of Pittsburgh and began shooting. When he was finished, he’d murdered 11 people. Donald Trump led the quick march to bizarrely defend one of the most prominent U.S. cult symbols, the gun, by blaming the synagogue itself for not having an armed

END_OF_DOCUMENT_TOKEN_TO_BE_REPLACED

Mitchell Plitnick is a political analyst and writer. He is the former vice president of the Foundation for Middle East Peace and former director of the US Office of B’Tselem: The Israeli Information Center for Human Rights in the Occupied Territories. His writing has appeared in the New Republic, San Francisco Chronicle, New York Daily News, Haaretz, Times of Israel, +972 Magazine, Jordan Times, UN Observer, Middle East Report, Global Dialogue, Die Blaetter Fuer Deutsche Und Internationale Politik, among other outlets. He also published regular columns in Tikkun, Zeek, and Souciant Magazines, as well as his own blog, Rethinking Foreign Policy, at www.mitchellplitnick.com. He has appeared in many news outlets including PBS News Hour, the O’Reilly Factor, i24 (Israel), Pacifica Radio, and CNBC Asia. Plitnick graduated with honors from UC Berkeley in Middle Eastern Studies and wrote his thesis on Israeli and Jewish historiography. He earned his Masters Degree from the University of Maryland, College Park's School of Public Policy. Twitter: @MJPlitnick

While far-right parties including neo-Nazis rise, the call of anti-Semitism is recklessly and maliciously misused for relatively insignificant reasons, if any reason at all. 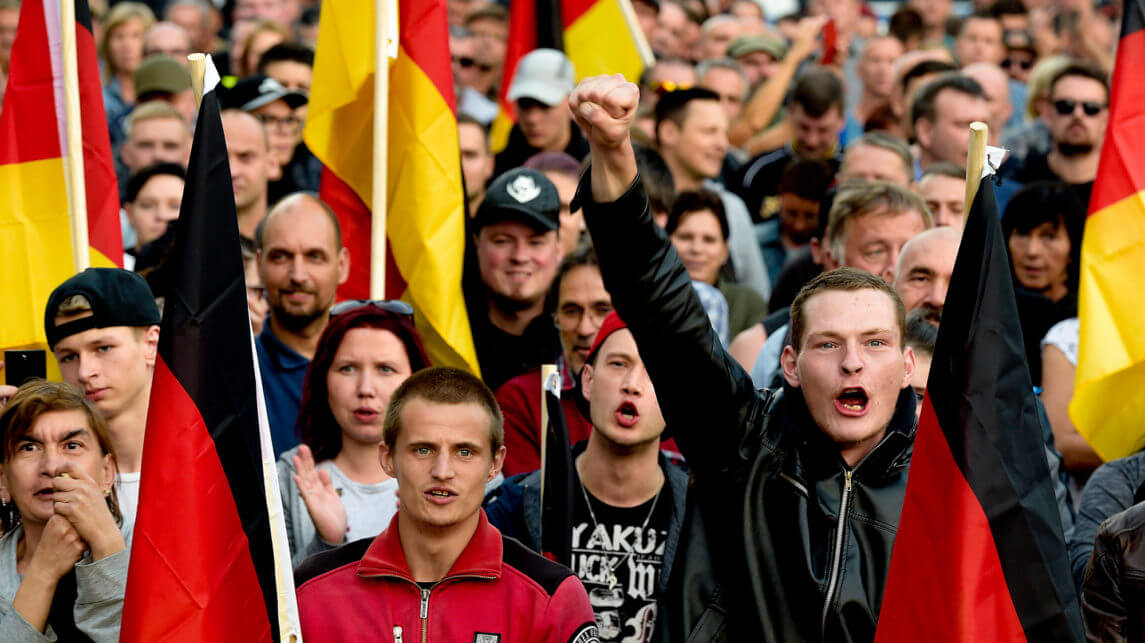 LONDON -- (Opinion) There is nothing in this series of articles to deny that anti-Semitism is a real threat. On the contrary, the point is to expose the cheap use of the anti-Semitism card in the face of a real menace to society. Overused and undeserved allegations of anti-Semitism only endanger Jews like me should the real dangers of anti-Semitism