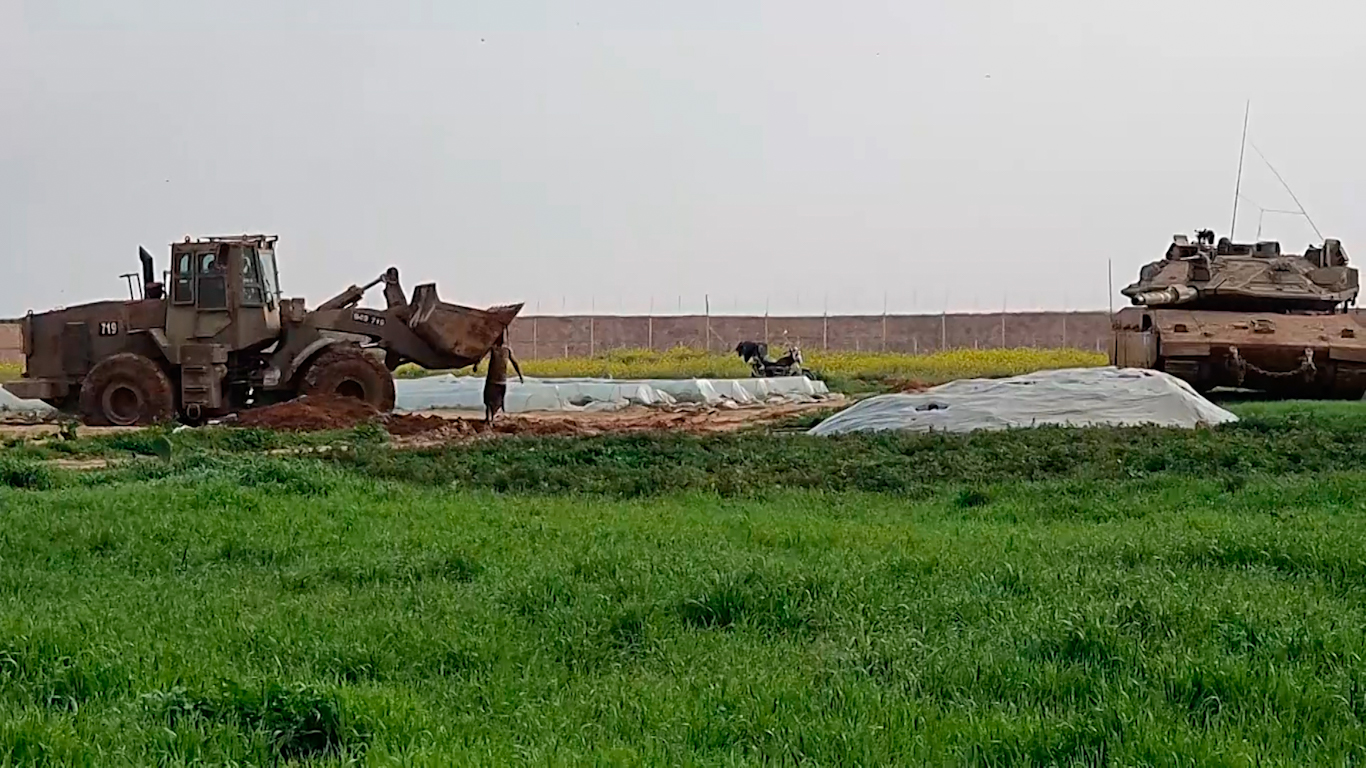 In Israel, a country that cares about animals more than its indigenous human population, you can be vegan, but you can’t support Palestinian rights. Most of us are now aware that we constantly receive micro-targeted advertisements in our social media feeds based on our interests, location or habits. Those in the vegan community are no exception. However, an increasing number of promoted posts targeted at vegans on apps like Facebook or Twitter are clearly Israeli Defense Force (IDF) propaganda.

END_OF_DOCUMENT_TOKEN_TO_BE_REPLACED Overnight Saturday Israel evacuated 800 White Helmets members and their families from southern Syria in an operation that took them briefly into Israeli territory and then on to Jordan, where they are expected to be resettled in Britain, Canada, and Germany, according to officials in Amman. The Israeli Defense Forces (IDF) confirmed Israel's

END_OF_DOCUMENT_TOKEN_TO_BE_REPLACED Eran Efrati spent years as a sergeant and combat soldier in the Israeli military, but has since become an outspoken critic of the occupation of Palestine and Israeli apartheid. In a rare, candid conversation, Abby Martin interviews a former Israeli Army combat soldier who served as an occupier in Palestine’s Hebron

END_OF_DOCUMENT_TOKEN_TO_BE_REPLACED END_OF_DOCUMENT_TOKEN_TO_BE_REPLACED

The new editor of one of the most storied magazines in the US is so far on the fringe that even other staunch Zionists criticize his overzealousness. “In five years, however, I believe that the coming invasion of Iraq will be remembered as an act of profound morality.” These are the not-so-prescient words of Jeffrey Goldberg, named this week the new chief editor of the 159-year-old Atlantic Magazine, one of the most famous journalistic institutions in U.S. history. The openly-Zionist

END_OF_DOCUMENT_TOKEN_TO_BE_REPLACED

Eyewitness To Hebron IDF Murder of Hadil Al-Hashloumon: ‘I Never Saw Any Knife’

Israeli Defense Forces soldiers repeatedly shot an 18-year-old Palestinian college student last month, claiming she’d pulled a knife on a soldier while trying to cross a checkpoint on her way to class. But one eyewitness argues otherwise. SEATTLE --- At 7:45 a.m. on Sept. 22, 18-year-old Hebron native Hadeel al-Hashlamoun was on her way to class at a local university. A metal detector rang out when she attempted to pass through Checkpoint 56. She complied when she was approached by Israeli Defense Forces soldiers from the Nahal Brigade and asked to open her bag. Then the soldiers