Hate crimes are up, and U.S. Sen. Kirsten Gillibrand (D-N.Y.) is trying to have $5 million more added to an end-of-the-year federal funding bill.

Amid An Atmosphere Of Islamophobia, Ibtihaj Muhammad Makes History As First Hijabi On Team USA

‘I’m hoping we can change direction a little bit and see Muslims in more of a positive light and try to combat the negative imagery that we are shown every day,’ Ibtihaj Muhammad, Team USA’s first hijab-wearing athlete, said at a recent press conference. RIO DE JANEIRO --- The 2016 Summer Olympics haven’t even started yet, but one American Muslim is already making history. Ibtihaj Muhammad, a fencer, is the first hijab-wearing woman to qualify for Team USA. She hopes her participation in the Rio Games will help improve the image of Muslim women

END_OF_DOCUMENT_TOKEN_TO_BE_REPLACED

As Islamaphobia spreads across the globe thanks to the media and government stoking the flames of ignorance, innocent people are suffering simply for the way they look. 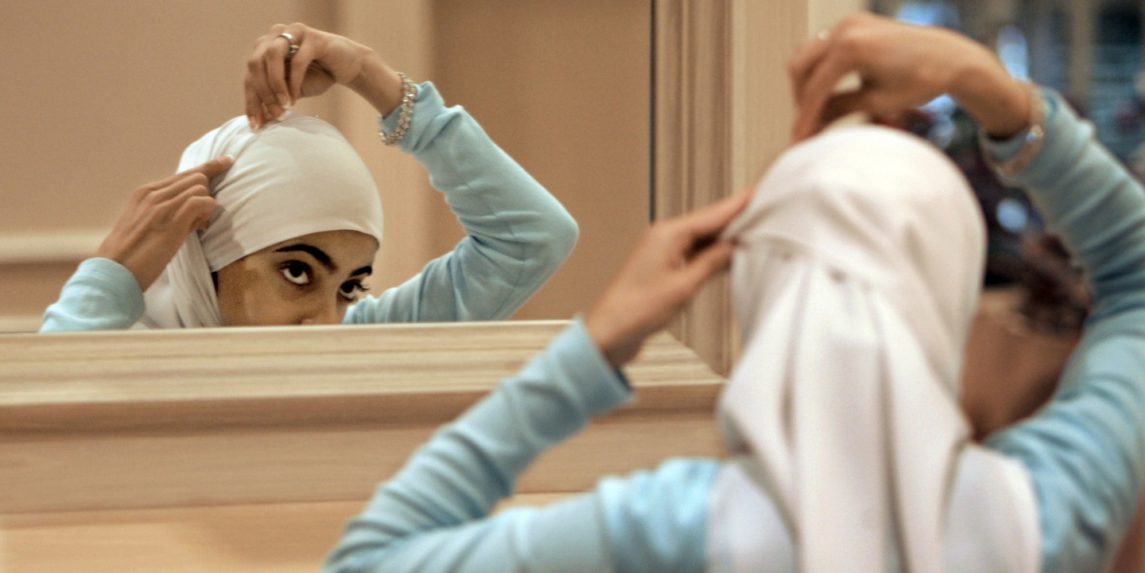 Chicago, IL — Last week, the Free Thought Project reported the story of a woman who was threatened by a D.C. cop because of her choice of headwear. She was threatened with handcuffs and forced out of a public library for wearing a hijab. Now, this week, an entire family was forced off of a United Airlines flight because the way

END_OF_DOCUMENT_TOKEN_TO_BE_REPLACED END_OF_DOCUMENT_TOKEN_TO_BE_REPLACED

Muslim Sixth Grader Brutally Beaten By Schoolmates Who Called Her ISIS, Tore At Her Hijab A Muslim girl was attacked at her New York middle school by three schoolmates who referred to the girl as a terrorist organization and tried ripping off her religious garb, INSIDE EDITION has learned. The sixth grade girl, whose identity IE is withholding, was playing during recess when three boys allegedly went after her on November 19 at P.S.

END_OF_DOCUMENT_TOKEN_TO_BE_REPLACED

“We’re opening up a very dangerous door if we get the government getting to go into a religious institution and decide what amounts to hate speech.” “We have freedom of speech, we have freedom of religion,” says Megyn Kelly, in this segment about the coalition-building impulses of an overripe pumpkin from Halloween 2007. “And we’re opening up a very dangerous door if we get the government getting to go into a religious institution and decide what amounts to hate

END_OF_DOCUMENT_TOKEN_TO_BE_REPLACED

“With Islamophobia proving to be alive and well in America, it’s crucial to protect the freedoms of those who are constantly being subjected to discrimination.” (ANTIMEDIA) Back in 2008, Samantha Elauf was denied employment at an Abercrombie and Fitch store in Oklahoma on the basis that she wears a hijab, or headscarf worn for religious (Islamic) purposes. Elauf brought this case to the attention of CAIR