With Shoe on Other Foot, Trump Admin Mum on Syria “Rebel” Chemical Attack in Aleppo

Despite the fact that chemical weapons were used by al Qaeda-linked militants in Idlib, the U.S. government and its allies have thus far been silent about the recent attack — a starkly different response from their bombing of Syria after its government was falsely alleged to have used chemicals in April. 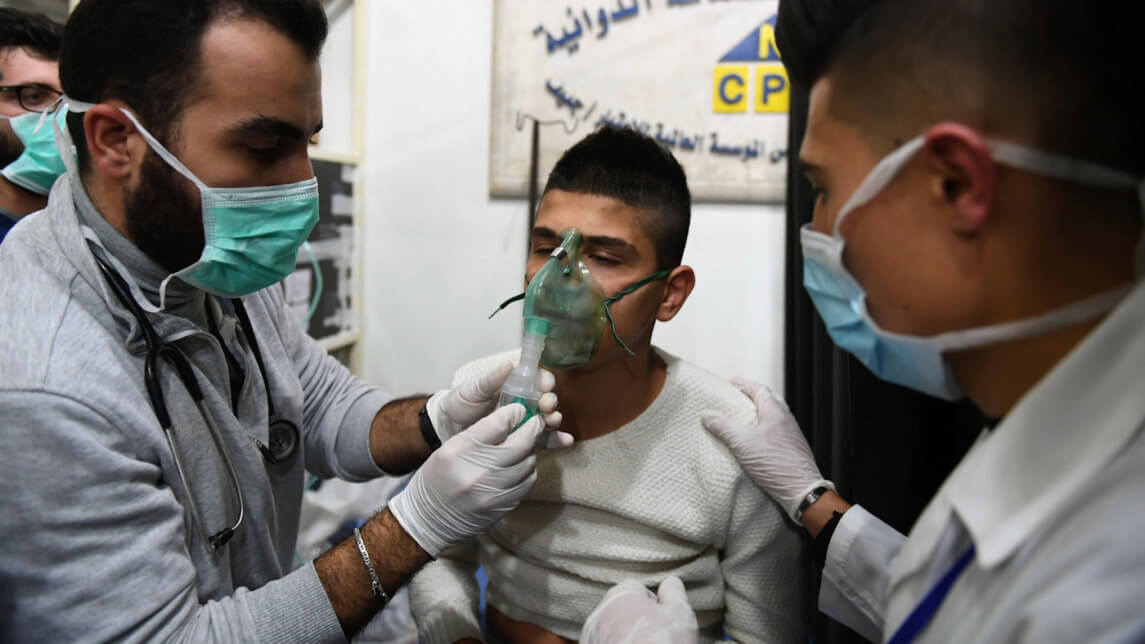 ALEPPO, SYRIA -- On Saturday evening, a barrage of mortars filled with chemical weapons was launched into Syrian government-controlled territory in the Aleppo province by “rebels” linked to al Qaeda in the nearby Idlib province. The attack – which was

END_OF_DOCUMENT_TOKEN_TO_BE_REPLACED

The Western media have jumped on the anti-Russia bandwagon as readily as if they were orchestra members carefully following the tempo of their conductor’s baton.

As usual, the West has demonstrated its ability to fire off a quick response when it comes to slamming Russia for something it has not done. This time it’s about Eastern Ghouta, a Damascus suburb under terrorist control.

END_OF_DOCUMENT_TOKEN_TO_BE_REPLACED

How Did al Qaeda In Syria End Up With Anti-Aircraft Missiles?

U.S. intelligence officials have long denied so-called “vetted” rebels in Syria were recipients of anti-aircraft systems, but rumors to the contrary have persisted for years. The latest denial came on the heels of Saturday’s downing of Russian jet by Syrian rebels.

After the terrorist group Hayat Tahrir al-Sham (HTS), a rebrand of Jabhat al-Nusra, which is the Syrian al-Qaeda affiliate, claimed responsibility for the dramatic

END_OF_DOCUMENT_TOKEN_TO_BE_REPLACED Only days after being labeled the “hidden soldiers of the revolution” by the leader of Tahrir al-Sham (al-Qaeda in Syria), Abu Jaber, the White Helmets have now been exposed as having accepted an award from the terrorist