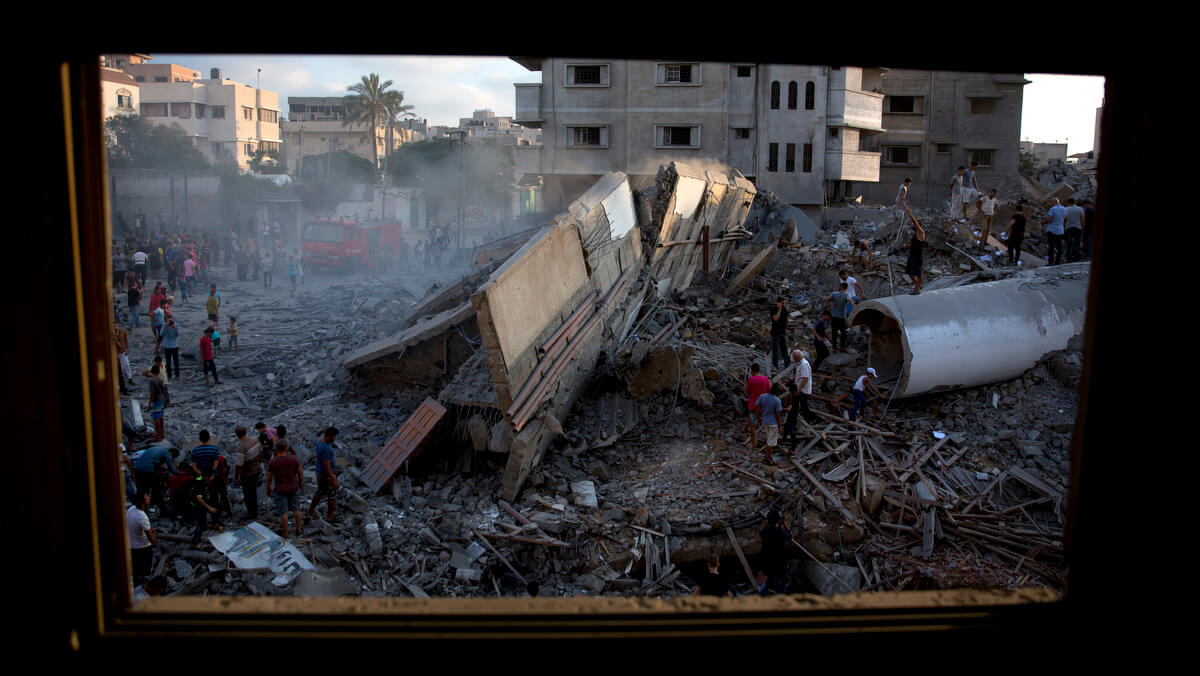 The admission in Haaretz is the ultimate expression of the IDF’s impunity, as its war crimes against Palestinians have been ignored for so long that it now openly admits that it is targeting civilians in the world’s largest “open-air prison.”

In Palestine, the Victim Must Apologize to the Killers

“A nation that hasn’t stopped occupying, destroying and killing, and has never considered apologizing for anything – anything – gets its victims to apologize for one measly sentence by their leader.”

Gideon Levy has written in Haaretz about the “absurd” situation whereby, in his words: “The leader of the Palestinian people is forced to apologize to the Jewish people” for saying something “anti-Semitic” about the Holocaust. According to Levy, “The one who was robbed apologizes to the robbers, the victim apologizes

END_OF_DOCUMENT_TOKEN_TO_BE_REPLACED

Haaretz has been described as Israel’s ‘most important liberal institution,’ but recent opinion columns clearly demonstrate there’s something more nefarious between its pages. SEATTLE --- (ANALYSIS) Haaretz is famed in many circles as Israel’s leading liberal newspaper. In 2011, the New Yorker’s managing editor, David Remnick, deemed it “easily the most liberal newspaper in Israel and arguably the most important liberal institution in a country

END_OF_DOCUMENT_TOKEN_TO_BE_REPLACED

Sometimes described as Israel’s New York Times, Haaretz is a rare media critic of the occupation of Palestine made all the more rare for being based in Israel. TEL AVIV --- Haaretz is often described as one of Israel’s most influential newspapers, frequently compared to the U.S. “paper of record,” The New York Times. Both papers share a similar, liberal Zionist viewpoint, but with a major exception: Haaretz is one of the few mainstream media

END_OF_DOCUMENT_TOKEN_TO_BE_REPLACED Oh boy... That was probably the experience readers of Ha'aretz, a left-leaning Israeli newspaper, had today when they discovered this cartoon, which shows Prime Minister Benjamin Netanyahu flying an airplane into one of the World Trade Center towers. Below the cartoon, editors wrote "US-Israel tensions: The crisis with Washington is here to

END_OF_DOCUMENT_TOKEN_TO_BE_REPLACED

The secret program, meant to lower the number of African immigrants flocking to the country for a better life, reportedly includes a $3,500 cash incentive to each deportee. Due to intense pressure by the Israeli government and harsh living conditions, immigrants seeking asylum from several African nations have agreed to leave the state of Israel and relocate to a third-party country on the African continent, according to various reports. Over the last several weeks, dozens of asylum seekers have agreed to leave