Why must Congresswoman Tulsi Gabbard be smeared and attacked for questioning the mainstream narrative on Syria when even Barack Obama has done the same? 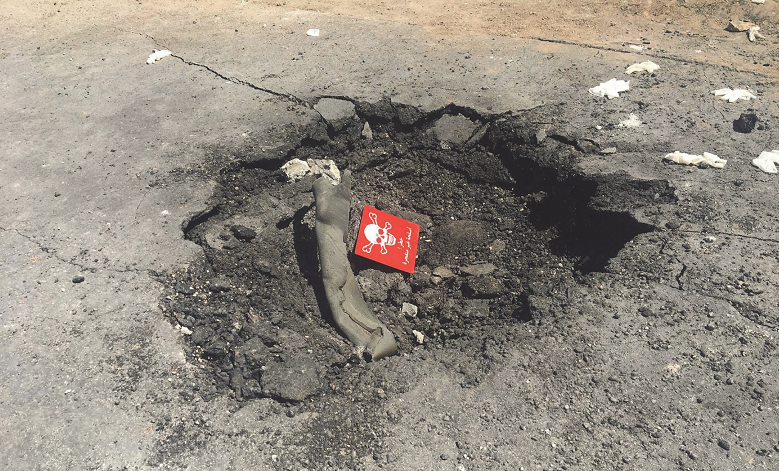 MINNEAPOLIS-- While foreign nations that support regime change in Syria were quick to condemn the Syrian government for its alleged complicity in an April 4 gas attack in the country’s province of Idlib, other

END_OF_DOCUMENT_TOKEN_TO_BE_REPLACED

As the United States and Western allies march closer to full-scale conflict with Syria, many of their claims are now being scrutinized and dissected by a skeptical public. On April 4, residents of the town of Khan Shaykhun suffered a chemical gas attack that reportedly killed 74 and injured 557. Despite a lack of evidence or investigation, the United States government, allied governments, and compliant media were quick to point the finger at Syrian President Bashar Al-Assad. The dead stream media ignored the fact

END_OF_DOCUMENT_TOKEN_TO_BE_REPLACED

A deadly chemical attack was carried out in northwestern Syria’s Idlib Province early Tuesday, killing at least 58 people. The United States and its allies have been quick to blame Syria’s government for orchestrating the attack, despite a significant lack of proof.

MINNEAPOLIS --- After an unsuccessful attempt to blame the Syrian government for a 2013 gas attack in Ghouta that was most likely carried out by al-Qaeda’s Al-Nusra Front, the U.S.-led

END_OF_DOCUMENT_TOKEN_TO_BE_REPLACED

Exclusive: Amid Official Washington’s desire to censor non-official news on the Internet, it’s worth remembering how the lack of mainstream skepticism almost led the U.S. into a war on Syria, says ex-CIA analyst Ray McGovern. A review of events leading to the very edge of full-blown U.S. shock-and-awe on Syria three years ago provides a case study with important lessons for new policymakers as they begin to arrive in Washington. It is high time to expose the whys and wherefores of the almost-successful attempt to mousetrap President Barack Obama into

END_OF_DOCUMENT_TOKEN_TO_BE_REPLACED

A Call For Proof On Syria Sarin Attack

One reason why Official Washington continues to insist that Syrian President Bashar al-Assad “must go” is that he supposedly “gassed his own people” with sarin on Aug. 21, 2013, but the truth of that allegation has never been established and is in growing doubt, U.S. intelligence veterans point out.

MEMORANDUM FOR: U.S. Secretary of State John Kerry, and Foreign Minister of Russia Sergey Lavrov FROM: Veteran Intelligence Professionals for Sanity (VIPS) SUBJECT: Sarin Attack at Ghouta on Aug. 21, 2013 In a Memorandum of Oct. 1, 2013, we asked each

END_OF_DOCUMENT_TOKEN_TO_BE_REPLACED Ankara’s Chief Prosecutor's Office opened the case against Istanbul MP Eren Erdem of Republican People's Party (CHP) after his interview about sarin was aired on RT on Monday.

"Chemical weapon materials were brought to Turkey and put together in ISIS camps in Syria, which was known as the Iraqi Al-Qaeda at that