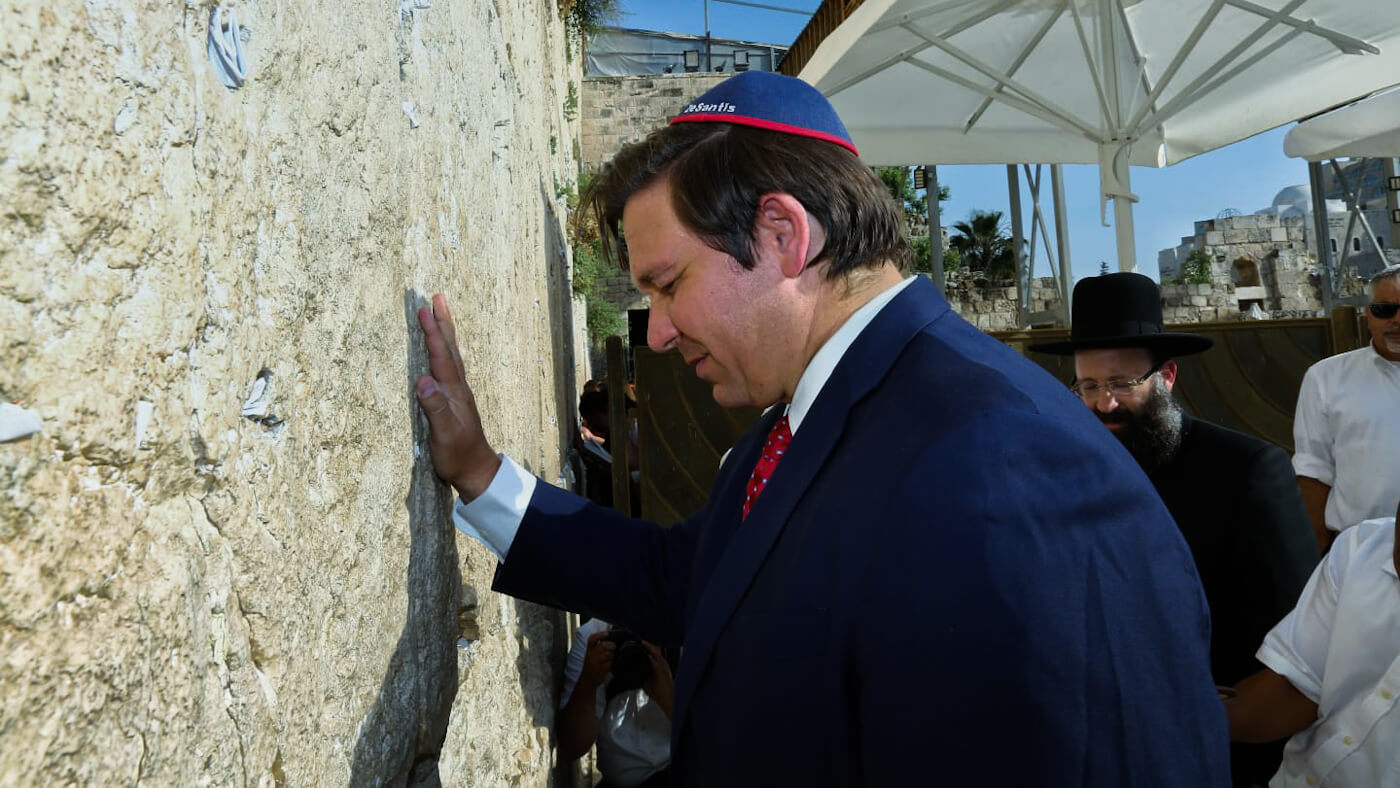 Surrounded by Israeli dignitaries, accompanied by AIPAC checkbooks, Sheldon and Miriam Adelson, and Morton Klein of the Zionist Organization of America, Ron DeSantis’ journey was nothing short of a full on fidelity cheer for Israel.

“Florida voters made a resoundingly clear statement that the state’s shameful lifetime ban on voting is not consistent with the values of democracy.” In a "huge and hard fought victory" that writer and activist Shaun King called "one of the most important of our lifetime," Florida on Tuesday overwhelming approved Amendment 4, which restores voting rights for 1.4 million state residents with past felony convictions who were

END_OF_DOCUMENT_TOKEN_TO_BE_REPLACED CLEARWATER, FLORIDA -- To better understand the depraved heart of America’s racist justice system, take a moment to unbundle the “Stand Your Ground” statute that is the legal basis for a Florida sheriff’s announcement last week that he would not file criminal charges against a white vigilante who fatally shot an unarmed black man during a scuffle

END_OF_DOCUMENT_TOKEN_TO_BE_REPLACED

Ever since Fukushima, nuclear plants in the path of massive storms have raised serious safety questions. Particularly when a plant, such as Florida Power and Light’s Turkey Point, has a poor safety record and a propensity to leak. Yet, with Irma bearing down, FPL’s public face is unconcerned.

Throughout Florida, Hurricane Irma – touted as a “once in a generation” storm – is causing widespread panic. More than 600,000 people have been ordered to evacuate amid concerns about the potential damage to buildings

END_OF_DOCUMENT_TOKEN_TO_BE_REPLACED TAMPA -- As the fight to stop the Dakota Access pipeline becomes a distant memory for many, similar fights are still taking place throughout much of the United States, albeit with far less press coverage by mainstream and alternative media alike. The Sabal Trail pipeline, set to span much of

END_OF_DOCUMENT_TOKEN_TO_BE_REPLACED A Miami senator has found himself in hot water. Republican official, Frank Artiles, came under fire last night for using a racial slur in a heated conversation with two African-American colleagues. He reportedly cursed at and belittled Fort Lauderdale senators Perry Thurston and Audrey Gibson at the Tallahassee Governors Club. Thurston, who

END_OF_DOCUMENT_TOKEN_TO_BE_REPLACED

(REPORT) — Speaking at a Florida rally in front of 9,000 people, President Trump announced on Saturday evening that the Gulf States will end up paying the cost of the Syrian safe zones he intends to establish, insisting those nations “have nothing but money.” Recent reports had suggested the Trump Administration was having second thoughts […] (REPORT) --- Speaking at a Florida rally in front of 9,000 people, President Trump announced on Saturday evening that the Gulf States will end up paying the cost of the Syrian safe zones he intends to establish, insisting