US Denies Involvement In Drone Strike That Killed Anti-ISIS Fighters

The strike was the fifth to have taken place this year. Strikes resumed in Pakistan in March, nearly two months after President Trump came into office, following a nine-month hiatus.

A US drone strike on Friday, September 15th, killed three men in the tribal area of Kurram, which lies on the border with Afghanistan, according to government and security officials as well as tribal sources. The attack is the first since President Trump announced his new strategy for Afghanistan in a speech last month. In it he vowed to "no

END_OF_DOCUMENT_TOKEN_TO_BE_REPLACED

These are the first confirmed civilian deaths in US strikes against Yemen over the past week, though a number of wounded civilians were also reported.

(REPORT) --- Continuing a string of regular drone strikes against targets in rural Yemen dating back to last week, US drones today attacked and killed a pair of young boys on a road outside the village of Yakla. There were no indications any combatants were anywhere near the targeted spot. The US, naturally, did not immediately comment on the

END_OF_DOCUMENT_TOKEN_TO_BE_REPLACED Published in partnership with Shadowproof. A botched raid by U.S. Special Forces last month that left numerous civilians dead has led, according to The New York Times, to the government in Yemen withdrawing permission for the United States to run ground missions against alleged terrorist groups in the country. At today’s press conference,

END_OF_DOCUMENT_TOKEN_TO_BE_REPLACED

Marking the first strikes under Trump, the drone strikes may suggest that the policy of drone attacks against targets in nations in which the US is not at war is going to continue beyond the Obama Administration. 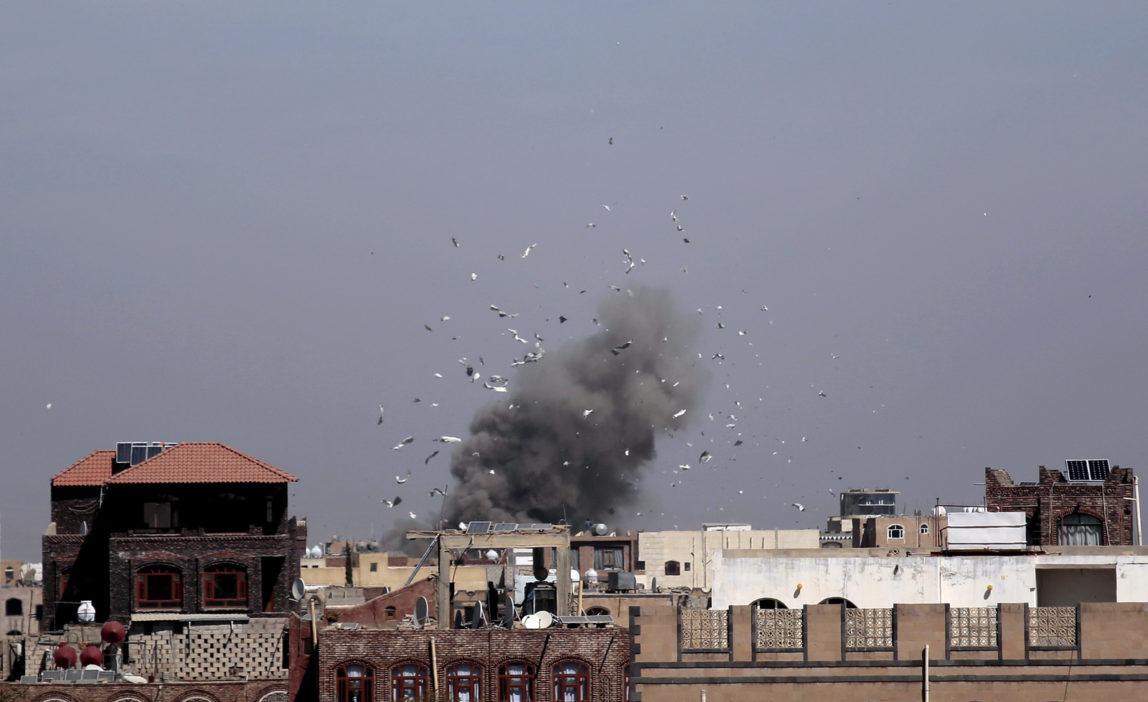 (REPORT) --- A pair of US drone strikes in Yemen’s Bayda Province have killed at least 10 people over the weekend, according to Yemeni officials, marking the first drone strikes to be conducted under President Trump, who was inaugurated on Friday. Both drone strikes were in roughly the same rural area, with the first killing three “suspects” on

END_OF_DOCUMENT_TOKEN_TO_BE_REPLACED

Obama oversaw more strikes in his first year than Bush carried out during his entire presidency. There were ten times more air strikes in the covert war on terror during President Barack Obama’s presidency than under his predecessor, George W. Bush. Obama embraced the US drone programme, overseeing more strikes in his first year than Bush carried out during his entire presidency. A total of 563 strikes, largely by drones, targeted Pakistan,

END_OF_DOCUMENT_TOKEN_TO_BE_REPLACED

15 Civilians Killed In Single US Airstrike Have Been Identified

The rate at which civilians are being killed by American airstrikes in Afghanistan is now higher than it was in 2014 when the US was engaged in active combat operations. The Bureau has been able to identify 15 civilians killed in a single US drone strike in Afghanistan last month – the biggest loss of civilian life in one strike since the attack on the Medecins Sans Frontieres hospital (MSF) last October. The US claimed it had conducted a “counter-terrorism” strike against Islamic State (IS) fighters when it hit