Opposition elements in Belarus have long planned to use the September 9 presidential election as a catalyst for regime change, and thanks to broad and genuine discontent with president Lukashenko, they might just succeed. Back in the 1970s, the left, and even many liberals, were clear that Nixon’s dropping of napalm on Vietnamese villages was an abomination. By the 1990s, some thought Bill Clinton’s bombing of Yugoslavia was, perhaps, humanitarian. Fast forward to the present, there is a sentiment that the US has a global “responsibility to protect” the less

END_OF_DOCUMENT_TOKEN_TO_BE_REPLACED

Belarus shows that any small state with a mildly socialist system and independent foreign policy invites subversion by the Yankee hegemon and its collaborators. 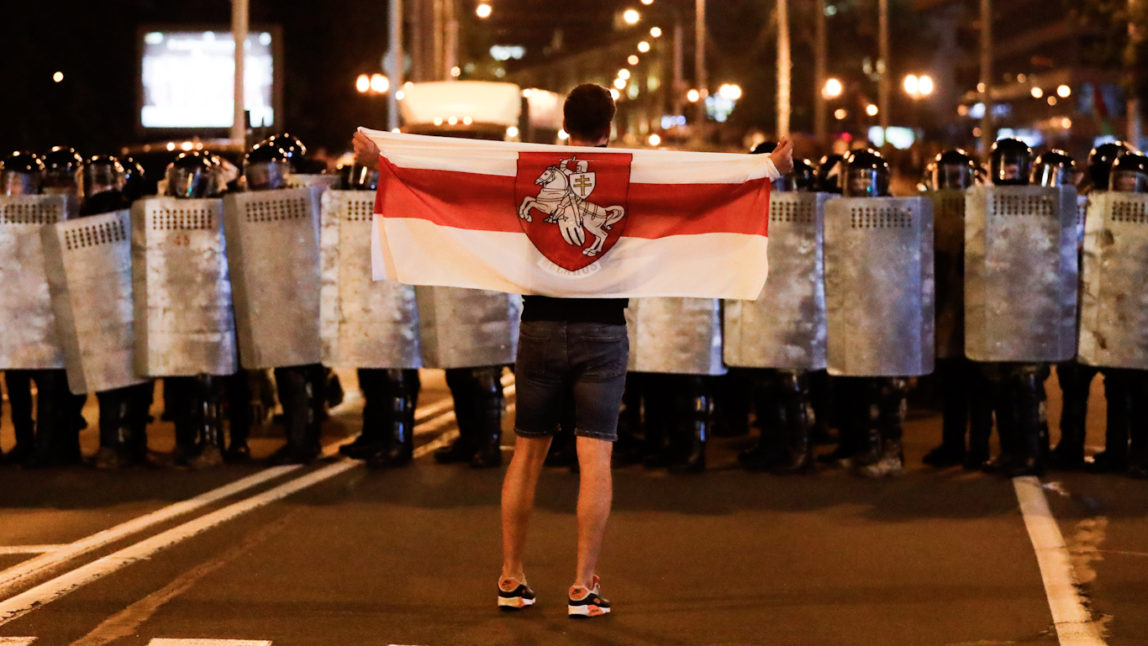 A “color revolution” is a media term for a movement based on legitimate grievances only to be co-opted into a regime change operation backed by the US and confederates. There have been so many – Georgia in 2003, Ukraine in 2004, Kyrgyzstan in 2005 – that they have run out of colors. Belarus is amidst the “slipper” color revolution.   The