Permanent War for Permanent Peace: The Global Alliance for Evil

Once Upon a Time, Congress Actually Fought Saudi Arms Deals

Most members of Congress accept that the U.S. will sell huge quantities of weapons to the rights-abusing state. It doesn’t have to be that way. 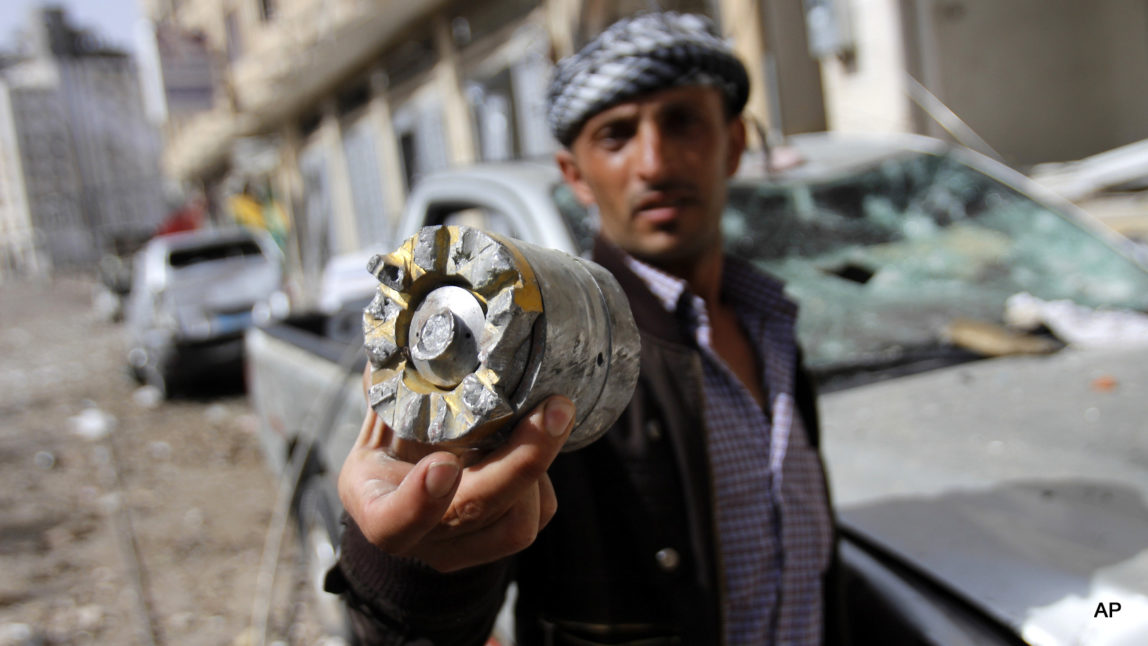 That should’ve happened so fast that Congress couldn’t step in. These were the words of Democratic Senator Jeanne Shaheen at February’s prestigious Munich Security Conference, in a panel discussion on whether President Obama should have used military force against the Syrian government in 2013. The senator’s comments succinctly capture the

END_OF_DOCUMENT_TOKEN_TO_BE_REPLACED

The UK government has been warned with legal action over its sale of arms to Saudi Arabia, with legal experts accusing Britain of being in breach of national, EU and international law by supplying British-made weapons and military equipment to the Gulf kingdom. Lawyers acting on behalf of the Campaign Against Arms Trade (CAAT) have stepped up legal proceedings against the government, accusing officials in London of failing in its legal duty to prevent and condemn breaches of international humanitarian law. In a legal letter, CAAT experts warned that a failure to halt current arms export