Antifa activists believe that the ends (“stopping fascism before it becomes unstoppable”) justify the means: violence, more thoughtful members of antifa add the qualifier “when necessary.” SAN ANTONIO, TEXAS – With little more than a month having passed since the Las Vegas massacre, the United States has suffered yet another mass shooting, this time in Texas when the First Baptist Church in the small

END_OF_DOCUMENT_TOKEN_TO_BE_REPLACED 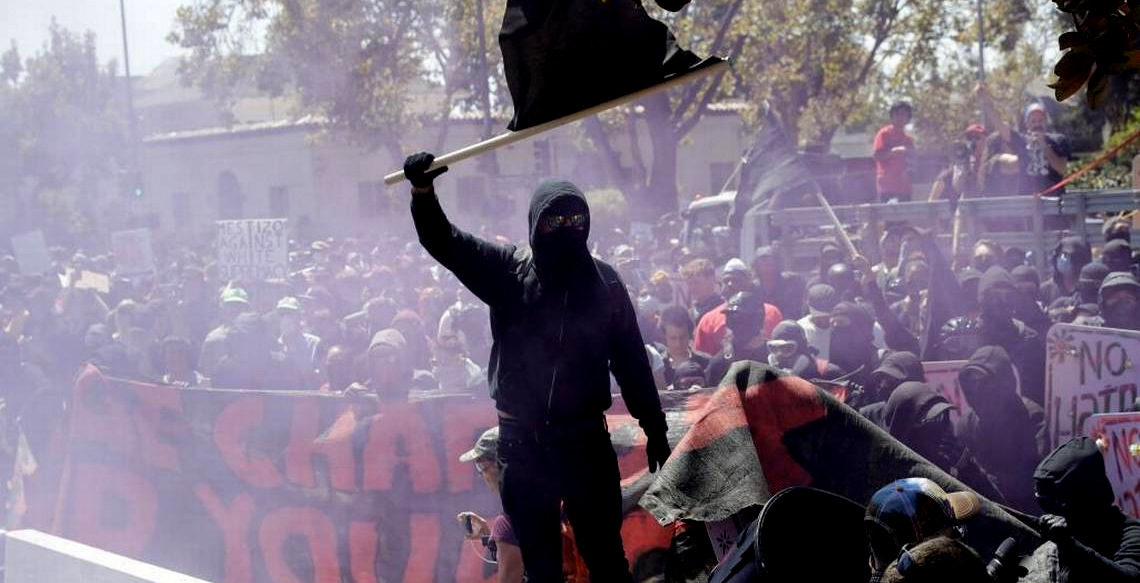 END_OF_DOCUMENT_TOKEN_TO_BE_REPLACED

Ron Paul: Oppose Fascism of the Right and the Left

“While we should be willing to form coalitions with individuals of good will across the political spectrum, we must never align with anyone promoting violence as a solution to social and economic problems. We must also oppose any attempts to use the violence committed by extremists as a justification for expanding the police state or infringing on free speech. Laws against hate speech set a dangerous precedent for censorship of speech unpopular with the ruling elite and the deep state.” OPINION -- Following the recent clashes between the alt-right and the group antifa, some libertarians have debated which group they should support. The answer is simple: neither. The alt-right and its leftist opponents are two sides of the same authoritarian coin. The alt-right elevates racial identity over individual identity.

END_OF_DOCUMENT_TOKEN_TO_BE_REPLACED

Chomsky: Antifa Bringing Violence and Playing into the Alt-Right’s Hands

Calling out hard-left group Antifa’s extremist ideology and aggressive tactics, Noam Chomsky noted: “When confrontation shifts to the arena of violence, it’s the toughest and most brutal who win — and we know who that is.” Is Antifa handing the fascists the pretext they’ve been looking for? MINNEAPOLIS – On August 12th, New York Times writer Sheryl Gay Stolberg found herself heavily berated on social media for her reporting on the recent violence in Charlottesville, Virginia. Stolberg, however, had done nothing to buoy the case for

END_OF_DOCUMENT_TOKEN_TO_BE_REPLACED

A man who punched a woman square in the face on a live video recorded by WeAreChange has yet to be arrested or face any sort of consequences for his violent actions. Protests in Berkeley, CA this past weekend erupted into violence between proponents and opponents of Trump after the two groups clashed during a demonstration at Martin Luther King, Jr. Civic Center by Trump