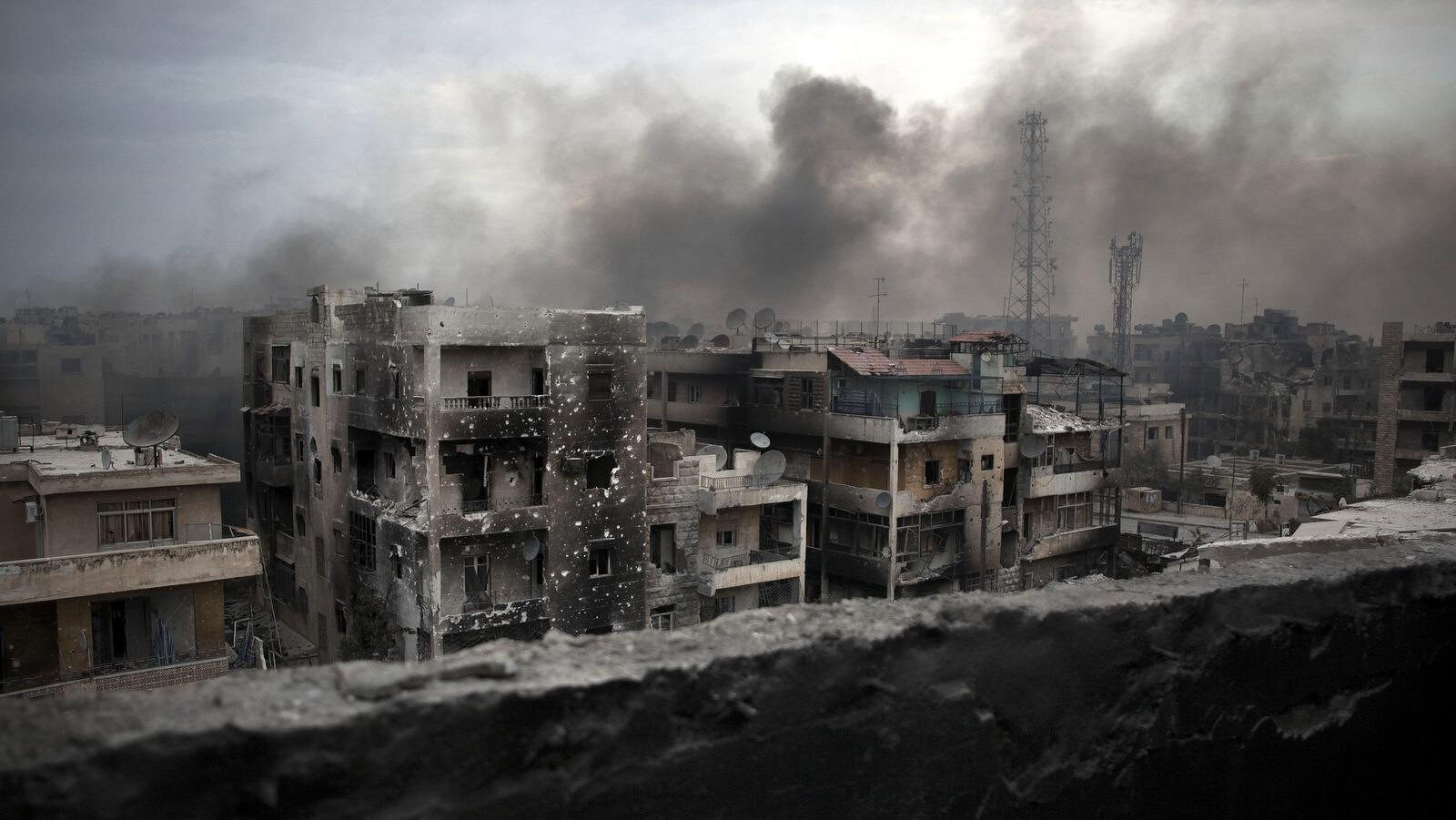 Russian experts have found evidence that terrorists have been using chemical weapons in their regular attacks in Aleppo, Russia’s Defense Ministry said, adding that the UN’s watchdog hasn’t sent any specialists to the besieged city despite requests.

“In Area ‘1070’ in the southwestern suburbs of Aleppo, experts from the Russian Defense Ministry conducted rapid identification of nine selected samples (fragments of mines, the soil from the craters, places where shells landed), which confirmed [that the terrorists] had used chlorine and white phosphorus munitions to fill their ammunition,” he said.

According to Konashenkov, Russian experts took bioassays from four Syrians who were injured in a chemical attack for detailed testing.

Konashenkov stated that the Organization for the Prohibition of Chemical Weapons (OPCW), which is dedicated to monitoring the use of chemical weapons, hasn’t yet sent any experts to the area, despite repeated calls from Moscow to do so.

“However, this does not prevent some OPCW members from remotely placing blame, and failing to recognize the facts of the use of chemical weapons in Aleppo against the civilian population,” he said.

Moscow then appealed to the OPCW, asking it to send a mission to Aleppo. Konashenkov said that the data from the analysis of soil samples and chemical shell fragments found by Russian experts in Aleppo will be handed over to the OPCW according to established procedure.

Since September of this year, the Russian General Staff has been warning that terrorist groups might use chemical weapons against civilians and the army in Aleppo, but the blame would be pinned on Damascus to further undermine the crumbling peace process in the war-torn country.

In October, Syrian state media reported that poisonous gas had been used against a government-held area in Aleppo, causing massive respiratory problems among the local population. The symptoms of the 15 injured point to the use of a highly toxic chlorine gas, a local doctor told RT at the time.

Militants also reportedly used poisonous gas in an attack on the Assad Military Academy in the Assad Suburb in western Aleppo at a time when Russian and Syrian government forces had stopped striking rebel-held positions in the city.

On October 18, Russia halted its airstrikes in Aleppo, which remains split between Syrian government forces and the terrorists, hoping the initiative would lead to a long-awaited ceasefire. It has also been regularly organizing 10-hour “humanitarian pauses” in the city.