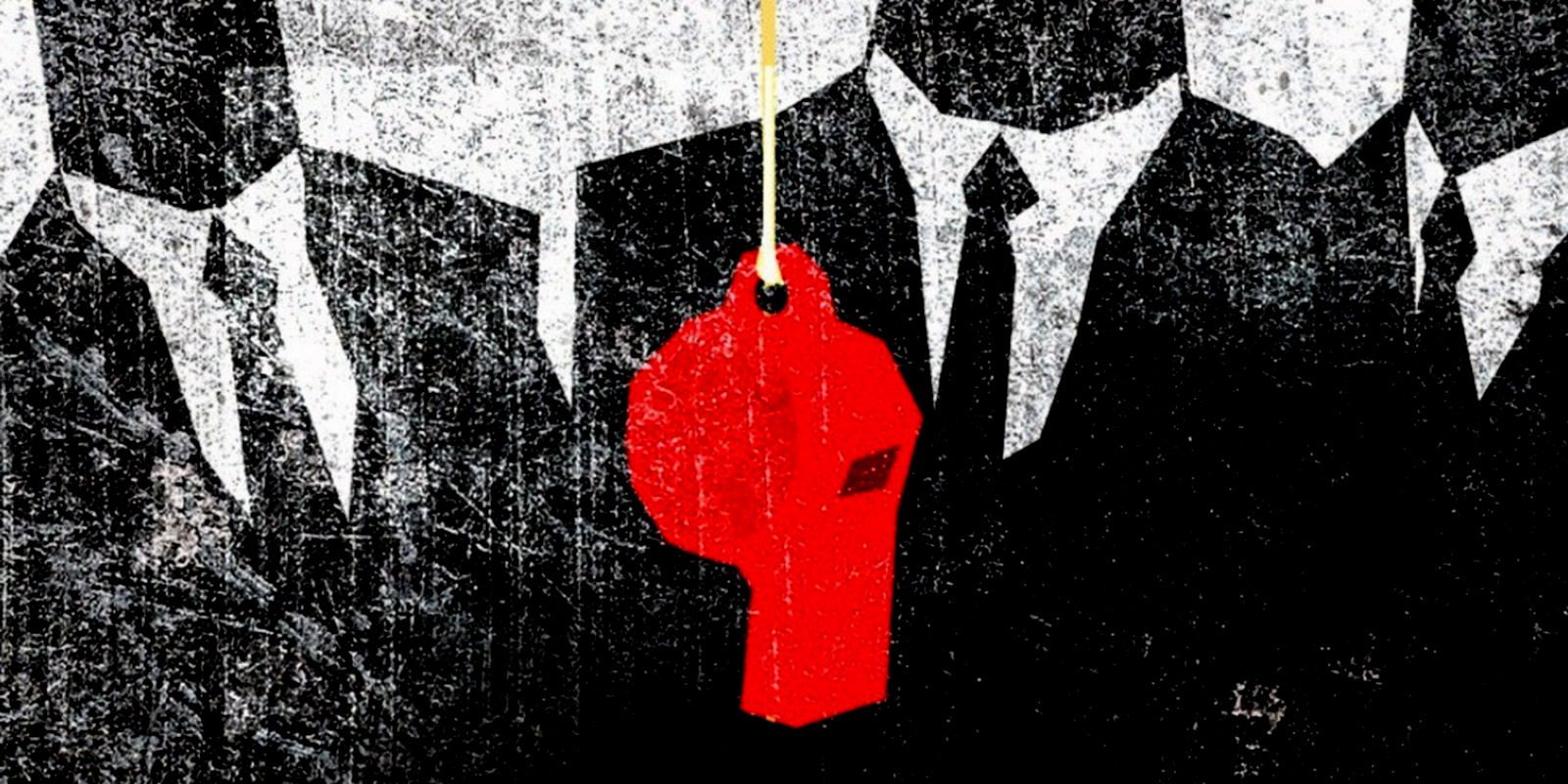 The Russia-gate investigation has reached into the ranks of journalism with the House Intelligence Committee’s subpoena of Randy Credico, who produced a series about WikiLeaks founder Julian Assange for Pacifica Radio and apparently is suspected of having passed on early word about leaked Democratic emails to Donald Trump’s supporter Roger Stone.

The Credico subpoena, after he declined a request for a “voluntary” interview, underscores how the investigation is moving into areas of “guilt by association” and further isolating whistleblowers who defy the powers-that-be through unauthorized release of information to the public, a point made by National Security Agency whistleblower Thomas Drake in an interview.

Drake knows well what it means to blow the whistle on government misconduct and get prosecuted for it. A former senior NSA executive, Drake complained about a multi-billion-dollar fraud, waste, and widespread violation of the rights of civilians through secret mass surveillance programs. As a result, the Obama administration indicted Drake in 2010, “as the first whistleblower since Daniel Ellsberg charged with espionage,” according to the Institute for Public Accuracy.

In 2011, the government’s case against him, which carried a potential 35 years in prison, collapsed. Drake went free in a plea deal and was awarded the 2011 Ridenhour Truth Telling Prize.

I interviewed Drake about the significance of Credico’s subpoena, which Credico believes resulted from his journalism about the persecution of Julian Assange for releasing information that powerful people would prefer kept hidden from the public. (I had a small role in Credico’s 14-part radio series, Julian Assange: Countdown to Freedom. It was broadcast first as part of his Live on the Fly Series, over WBAI and later on KPFA and across the country on community radio.)

Credico got his start as a satirist and became a political candidate for mayor of New York City and later governor of New York, making mainstream politicians deal with issues they would rather not deal with. Dennis Bernstein: How do you look at Russiagate, based on what you know about what has already transpired in terms of the movement of information? How do you see Credico’s role in this?

Thomas Drake: Information is the coin of the realm.  It is the currency of power.  Anyone who questions authority or is perceived as mocking authority–as hanging out with “State enemies”–had better be careful.  But this latest development is quite troubling, I must say.  This is the normalization of everything that has been going on since 9/11.  Randy is a sort of 21st century Diogenes who is confronting authority and pointing out corruption.  This subpoena sends a chilling message.  It’s a double whammy for Randy because, in the eyes of the US government, he is a media figure hanging out with the wrong media figure [Julian Assange].

Dennis Bernstein: Could you say a little bit about what your work was and what you tried to do with your expose?

Thomas Drake: My experience was quite telling, in terms of how far the government will go to try to destroy someone’s life.  The attempt by the government to silence me was extraordinary.  They threw everything they had at me, all because I spoke the truth.  I spoke up about abuse of power, I spoke up about the mass surveillance regime.  My crime was that I made the choice to go to the media.  And the government was not just coming after me, they were sending a really chilling message to the media: If you print this, you are also under the gun.

Dennis Bernstein: We have heard the charges again and again, that this was a Russian hack.  What was the source?  Let’s trace it back as best we can.

Thomas Drake: In this hyper-inflated, politicized environment, it is extremely difficult to wade through the massive amount of disinformation on all sides.  Hacking is something all modern nation-states engage in, including the United States, including Russia.  The challenge here is trying to figure out who the players are, whose ox is being gored, and who is doing the goring.

From all accounts, Trump was duly elected.  Now you have the Mueller investigation and the House investigation.  Where is this all leading?  The US intelligence agency hasn’t done itself any favors.  The ICA provides no proof either, in terms of allegations that the Russians “hacked” the election.  We do have the evidence disclosed by Reality Winner that maybe there was some interference.  But the hyper-politicization is making it extraordinarily difficult.

The advantage that intelligence has is that they can hide behind what they are doing.  They don’t actually have to tell the truth, they can shade it, they can influence it and shape it.  This is where information can be politicized and used as a weapon.  Randy has found himself caught up in these investigations by virtue of being a media figure and hanging out with “the wrong people.”

Dennis Bernstein: It looks like the Russiagaters in Congress are trying to corner Randy.  All his life he has spoken truth to power.  But what do you think the role of the press should be?

Thomas Drake: The press amplifies just about everything they focus on, especially with today’s 24-hour, in-your-face social media.  Even the mainstream media is publishing directly to their webpages.  You have to get behind the cacophony of all that noise and ask, “Why?”  What are the intentions here?

Dennis Bernstein: Well, if you consider the content of those emails….Certainly, the Clinton folks got rid of Bernie Sanders.I believe there are still enough independent journalists who are looking further and deeper.  But clearly there are those who are hell-bent on making life as difficult as possible for the current president and those who are going to defend him to the hilt. I was not surprised at all that Trump won.  A significant percentage of the American electorate were looking for something different.

Thomas Drake: That would have been an interesting race, to have Bernie vs. Trump. Sanders was appealing, especially to young audiences.  He was raising legitimate issues.

Dennis Bernstein: In Clinton, they had a known quantity who supported the national security state.

Thomas Drake: The national security establishment was far more comfortable having Clinton as president.  Someone central to my own case, General Michael Hayden, just a couple days ago went apoplectic because of a tweet from Trump taking on the mainstream media.  Hayden got over 100,000 likes on his response.  Well, Hayden was central to what we did in deep secrecy at the highest levels of government after 9/11, engaging in widespread surveillance and then justifying it as “raw executive authority.”

Now you have this interesting dynamic where the national security establishment is effectively undermining a duly elected president of the United States.  I recognize that Trump is vulnerable, but these types of investigations often become highly politicized.  I worry that what is really happening is being sacrificed on the altar of entertainment and the stage of political theater.

What is happening to Randy is symptomatic of a larger trend.  If you dare speak truth to power, you are going to pay the price.  Is Randy that much of a threat, just because he is questioning authority?  Are we afraid of the press?  Are we afraid of having the uncomfortable conversations, of dealing with the inconvenient truths about ourselves?