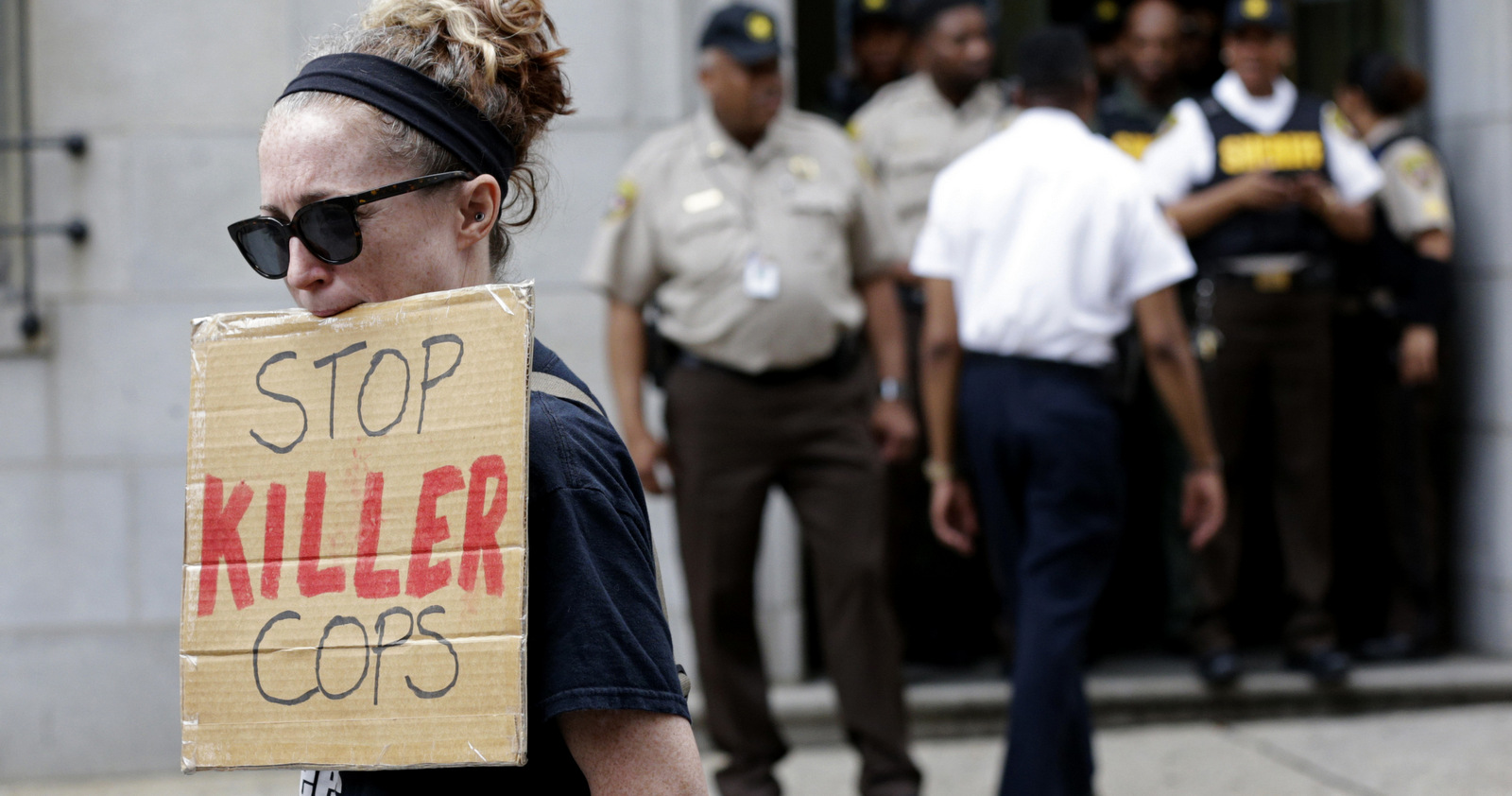 WASHINGTON – The Washington Post reported that 2017 saw close to a thousand people killed by law enforcement in the U.S. — 987 people in total, an increase of 16 over the number killed in 2016. According to the Post — which has been tracking police killings since 2015, a project it began after the unrest in Ferguson, Missouri:

National scrutiny of shootings by police began after an unarmed black teenager from a suburb of St. Louis was fatally shot by a white police officer in August 2014. The death of 18-year-old Michael Brown sparked widespread protests, prompted a White House commission to call for reforms, galvanized the Black Lives Matter movement and led many police agencies across the nation to examine their use of deadly force.”

It is the third year in a row that the number of people killed by police in the U.S. has hovered around one thousand. Apologists for law enforcement say that the high number of police shootings has to do with law enforcement’s confronting dangerous individuals, stressing the life-and-death situation that officers face. What is not talked about as much, however, is that the number of police officers killed in the U.S. has actually been declining. 2017 saw the lowest number in close to 50 years.

The fictional “war on cops”

A US flag, with blue and black stripes in support of law enforcement officers, flies at a protest by police and their supporters outside Somerville City Hall, July 28, 2016, in Somerville, Mass. (AP/Charles Krupa)

The National Law Enforcement Officers Memorial Fund, which keeps tally of officer deaths, released its report at the end of December last year. It found that of the 128 officers that died in the line of duty, 44 had been shot and killed. That’s an important number to remember. Not only because it is a 10 percent decrease from the previous year, but because the Memorial Fund lists all police officer deaths while on duty. That includes traffic accidents, drowning incidents and suicides.

But then again, when it comes to attacking, shooting and killing police officers, there is one piece of evidence to which we can point: when it does happen, nine times out of 10 it will be a white male that commits the crime.

Who is really taking aim at law enforcement?

Noted New York-based journalist Shaun King has covered this issue before. By the end of February of 2016, while conservatives and police unions were deriding superstar Beyoncé for her Super Bowl halftime performance — the artist and her performers wore Black berets, which were said to be an ode to the Black Panther Party — King had noted that eight police officers had been killed in the line of duty, seven of them by white men. “My gut was that most of them weren’t Beyoncé fans,” wrote King.

One reason for the prevalence of white male cop killers may have to do with white supremacy. Yes. White supremacy. As in Steve Bannon-Breitbart-Richard Spencer-Charlottesville-the KKK. Writing in Paste Magazine last September, Roger Sollenberger stated:

White supremacists (also referred to as “domestic terrorists” and “right-wing extremists”) have been responsible for more than 73 percent of deadly terrorist attacks in the U.S. since 2001. In that same 15-year span they’ve also killed 34 police officers, compared to 10 from left-wing extremists (including the five officers killed within minutes of each other in Dallas), and one from a domestic jihadist terrorist.”

The meshing of white supremacy, alt-right and right-wing extremism is not that far fetched. They all look to government as being ultimately responsible for the ills of their world. The face of government doesn’t get much more obvious than that of a law enforcement officer.

Top Photo | A protester displays a sign outside a courthouse after Officer Caesar Goodson, one of six Baltimore city police officers charged in connection to the death of Freddie Gray, was acquitted of all charges in his trial in Baltimore, June 23, 2016. (AP/Patrick Semansky)