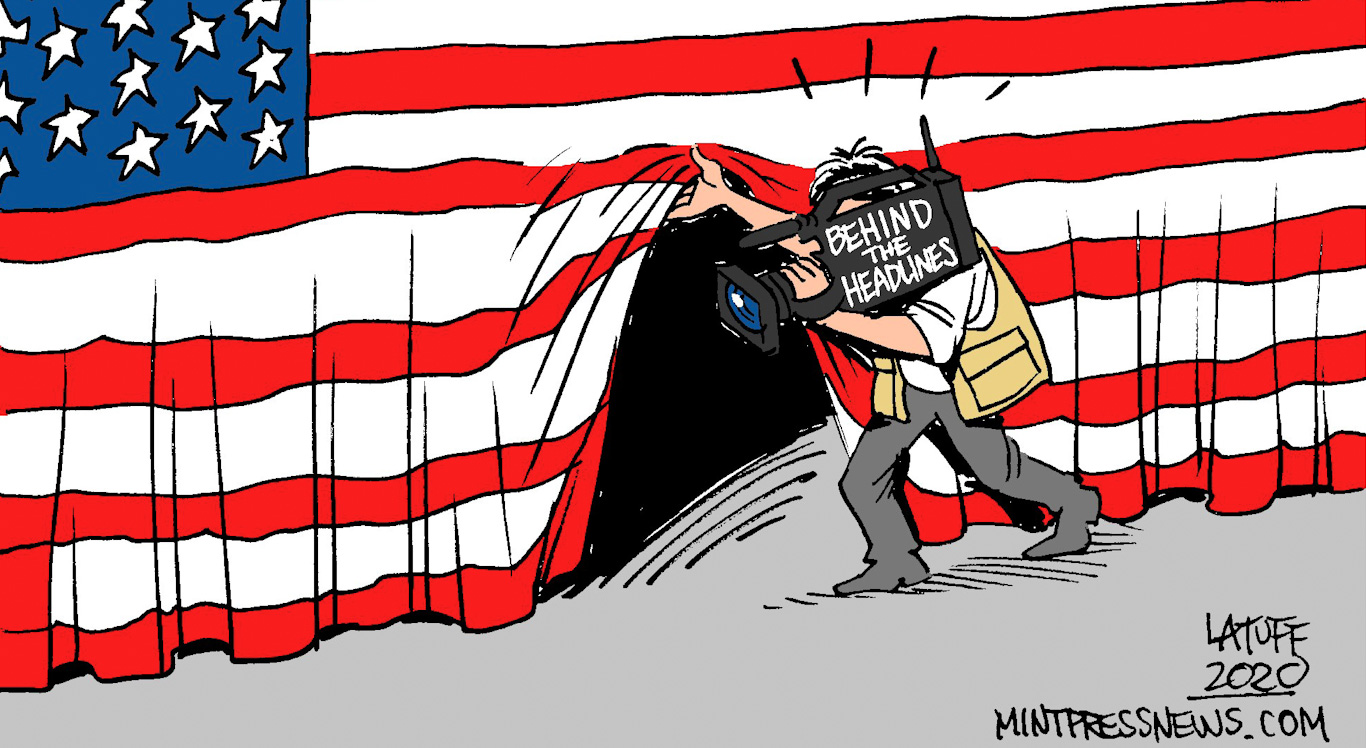 I have some exciting news to share: MintPress News is approaching its 9 year anniversary this December. As I look back at the past decade of building MintPress as a leading independent news outlet, I can’t help but feel gratitude for all of the support you all have given us which made our growth possible. We couldn’t have made it this far without you — so thank you for being a part of this journey.

I’m writing this letter to you to not only thank you but to invite you along on the next leg of our journey that I hope will exceed decades to come. MintPress has faced incredible challenges over the 9 years but has always stood strong against the tides of media censorship and bullying at the hands of the establishment for simply doing what we set out to do: challenge official narratives and hold the billionaire class accountable.

There has been a concerted effort to undermine independent journalism in this country by tech giants like Google, Facebook, and Twitter through soft censorship, blacklisting, flagging, throttling, smear campaigns, and much more. These Silicon Valley giants work with government and corporate media outlets like the Washington Post and Buzzfeed to control what we see, hear, and read. But we’re ramping up our efforts to circumvent corporate censorship and provide our readers with the kind of journalism that empowers ‘we the people’ in new creative ways that we hope will unify those that value truth and justice to become stronger than ever before.

Over the years, our reporting has caused us to run afoul of various special interest groups, political partisans, corporate interests and even foreign governments. These entities wield considerable influence in the media and have come to act as gatekeepers of the news you rely on to make informed decisions, actively seeking out and silencing alternative voices and towing the same official government line that led to the wars in Iraq and Afghanistan, among other disastrous policies left unchallenged by the powers that be.

That is why as part of our effort to continue reporting on stories you won’t find anywhere else, we have teamed up with Behind the Headlines, a new, non-profit organization dedicated to the promotion of journalism that dares to challenge official narratives and bucks party lines.

We can no longer trust the executives at Facebook, Google, and other corporations to act as fair brokers of information and therefore have embarked on a multi-pronged approach to bring you the important journalism you have come to rely on. This means that not only will you be able to enjoy the unique coverage of world events on our website and mobile app, but you will also be able to dig deeper with a new series of :

4. Explainer Videos breaking down the most complex news stories

MintPress relies on readers like you to help us power these projects through your financial support. We can no longer rely on Google ads and are appealing to our readers and supporters to sustain us and help us fulfill this mission to create even more thought-provoking and engaging content that is viewer and reader-funded.

Here’s how you can help

We have an initial fundraising goal of $25,000 that will last 60 days right here on Go Fund Me!

Extra gifts will be available to those who join MintPress as a member on our Patreon page including personalized keychains, stickers, reusable shopping bags, stainless steel water bottles (BPA free), and t-shirts with messages promoting peace and government accountability.

We are also partnering up with leaders in journalism and the anti-war movement to help guide us on the next leg of our journey, including a board of advisers:

MintPress has been since working tirelessly to expose who the special interest groups are and explain why and how they are pulling strings behind the scenes to shape policies at home and abroad, including their influence on the ever growing military machine and we hope to take this coverage to the next level with our new advisory board.

MintPress has been tackling issues like war and exploitation not just abroad but what’s taking place right here on our streets from Native reservations to Flint to Baltimore to Charlottesville. These are the kinds of stories the corporate-owned, mainstream media usually sweep under the rug or explain only in terms that benefit powerful, monied interests.

We’ve been at the forefront of exposing the dangers of the national security state, the military-industrial complex, and the corporations that have hijacked our democracy and are destroying the planet. We’ve been highlighting the human costs of war and regime change operations like that in Yemen, Syria, Libya, Sudan and much of the Global South. We’ve been amplifying the voices of those who are usually silenced by the media, like activists for peace and inclusion, government whistleblowers, and third-party presidential candidates who prioritize the needs and interests of people and the environment.

We’re filling the much needed void of honest journalism in this world and it is integral to the future of humanity and the planet we live on.

We also want to thank Odeh Muhawesh for his business advisory help to MintPress over the past 8 years. Mr. Muhawesh decided that he wants to focus on his businesses and writing his current book-in-progress and as such will no longer provide his services to MintPress. We wish him the best of luck.

While this new venture will mean a departure from short, daily news briefs, we hope that through your support we can create more thought-provoking content that will create waves, bring about peace, justice and understanding for a better world. It’s only through informative journalism that challenges official narratives and a passion for justice that we can make positive change happen and create a political system that works in the interest of ‘we the people’.

We understand not everyone can donate, but you may know someone who can. Please share this campaign on your Facebook, Twitter, and other social media networks. You can also become a monthly sustaining member on our website or through our Patreon page