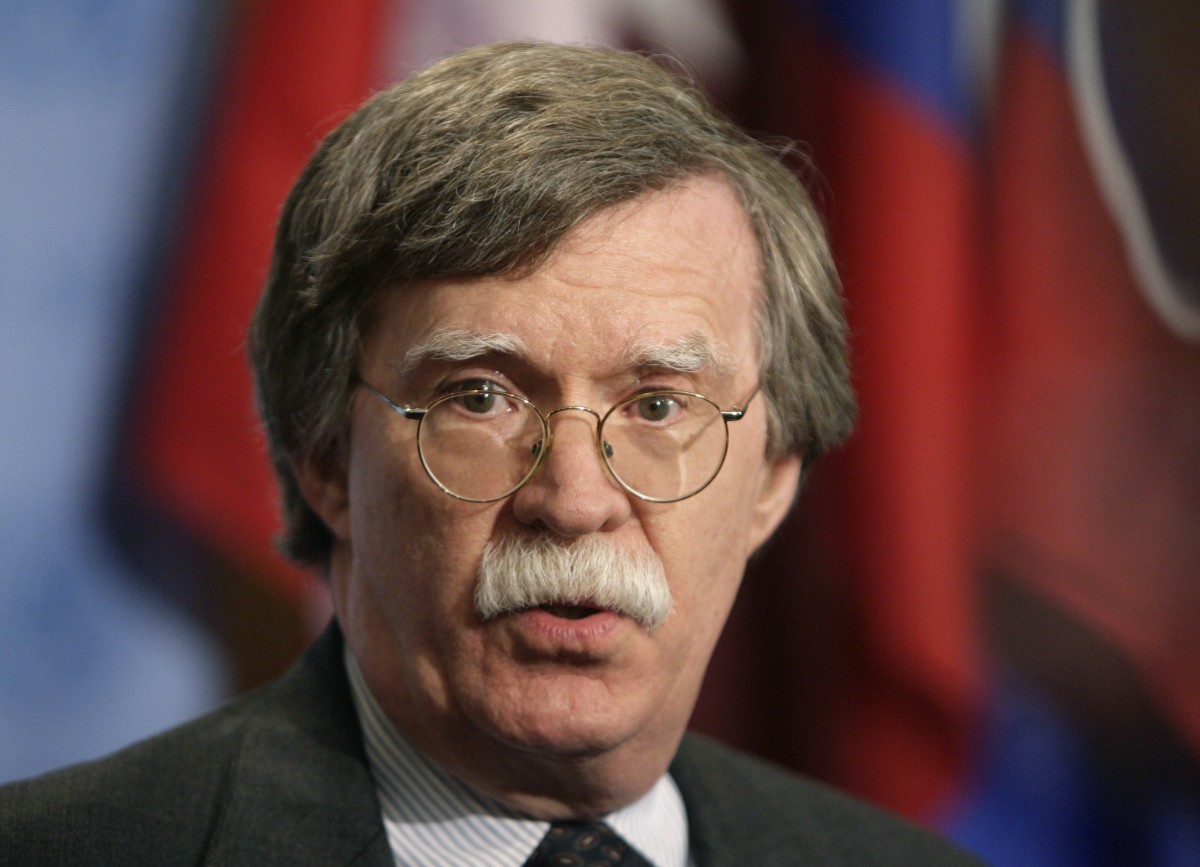 John Bolton is reiterating his calls for Israel to unleash a military strike against Iran, saying he doesn’t “think Israel has much time” to make that “fateful decision” and that ultimately it should “have done this years ago.”

The former U.N. Ambassador and current senior fellow at the American Enterprise Institute made the comments in a WABCradio interview Sunday with the Israel-based Aaron Klein.

Bolton slammed the Obama administration’s policies towards what he called “Iran’s nuclear weapons program” as “utterly feckless,” and criticized the negotiations the U.S. has undertaken with Iran because they “will lead to a diplomatic victory for Iran.”

As the U.S. and its allies prepare for another round of negotiations with Iran over its nuclear program, powerful and wealthy opponents—from the halls of Congress to Middle East capitals—are maneuvering to torpedo them. At stake is the real possibility of a war with consequences infinitely greater than the 2003 invasion of Iraq.

When the U.S., Russia, China, France, Britain and Germany—the so-called “P5+1—sit down with Iran’s negotiators in Geneva on Nov. 7, those talks will be shadowed by an alliance of hawkish U.S. Congress members, an influential Israeli lobby, and a new regional alliance that upends traditional foes and friends in the Middle East.

The fact that the first round of talks on Oct.15 was hailed by Iran and the P5+1 as “positive” has energized opponents of the negotiations, who are moving to block any attempts at softening international sanctions against Teheran, while at the same time pressing for a military solution to the conflict.

Asked by Klein if, given the changing geopolitics, “it’s realistic to discuss the possibility of an Israeli strike against Iran,” Bolton said that it looks less likely because of the U.S. decision to enter in those negotiations.

Outlining his views in an op-ed published in the Guardian last month, Bolton wrote:

We have only two very unpleasant choices: either Iran gets nuclear weapons in the very near future, or pre-emptive military force, fully justified by well-established principles of self-defense, must break Iran’s control over the nuclear fuel cycle and prevent (or, at least, substantially delay) weaponization.

“Israel now faces the fateful decision whether it will allow Iran to get nuclear weapons thus constituting a true existential threat to Israel, or whether they will strike as the Israelis have done twice before against nuclear programs in the hands of hostile states,” Bolton told Klein.

“I don’t think Israel has much time. Frankly, I think they should have done this years ago because we all know intelligence is imperfect and Iran may have a much more developed capacity than we know about, perhaps in cooperation with North Korea.  I think the signs across the region but especially for Israel are very dark at this moment. ”

The urgency Bolton sees for Israel to strike Iran is one he’s repeated.  This summer, he toldThe Jerusalem Post that “Israel should have attacked Iran yesterday,” and added, “I can understand why Israel wants [the U.S.] to take action, but the longer Israel waits for something that is not going to happen, the greater the danger Israel is in.”

While corporate media has repeatedly mentioned “Iran’s nuclear weapons program,” there is no proof that exists, and current Iranian President Hassan Rouhani has repeated statements by former president Mahmoud Ahmadinejad that their country does not have and is not developing nuclear weapons.

During the interview with Klein, Bolton also said that he is forming a super PAC to support and elect “more effective spokespeople for American national security in the House and the Senate.”