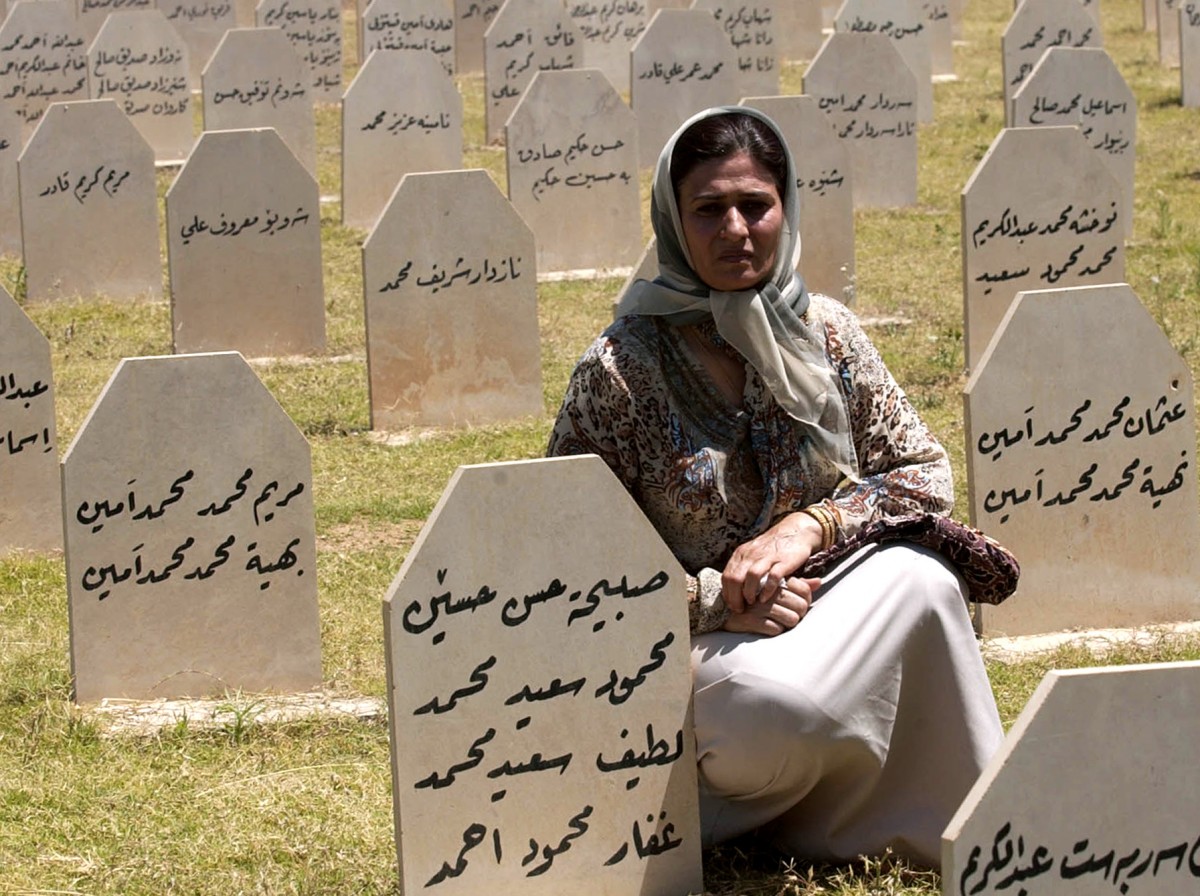 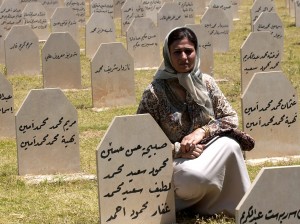 Rubbar Mohammed visits the grave of her family members who were killed in a chemical attack by Saddam Hussein’s forces in 1998, in Halabja, Iraq, Sunday, June 24, 2007 . Ali Hassan al-Majid, also known as Chemical Ali, Saddam Hussein’s cousin and the former head of the Baath Party’s Northern Bureau Command, and two other former regime officials were sentenced to death by hanging for their roles in a 1980s scorched-earth campaign that led to the deaths of 180,000 Kurds, by an Iraqi court in Baghdad Sunday. (AP Photo/Yahya Ahmed)