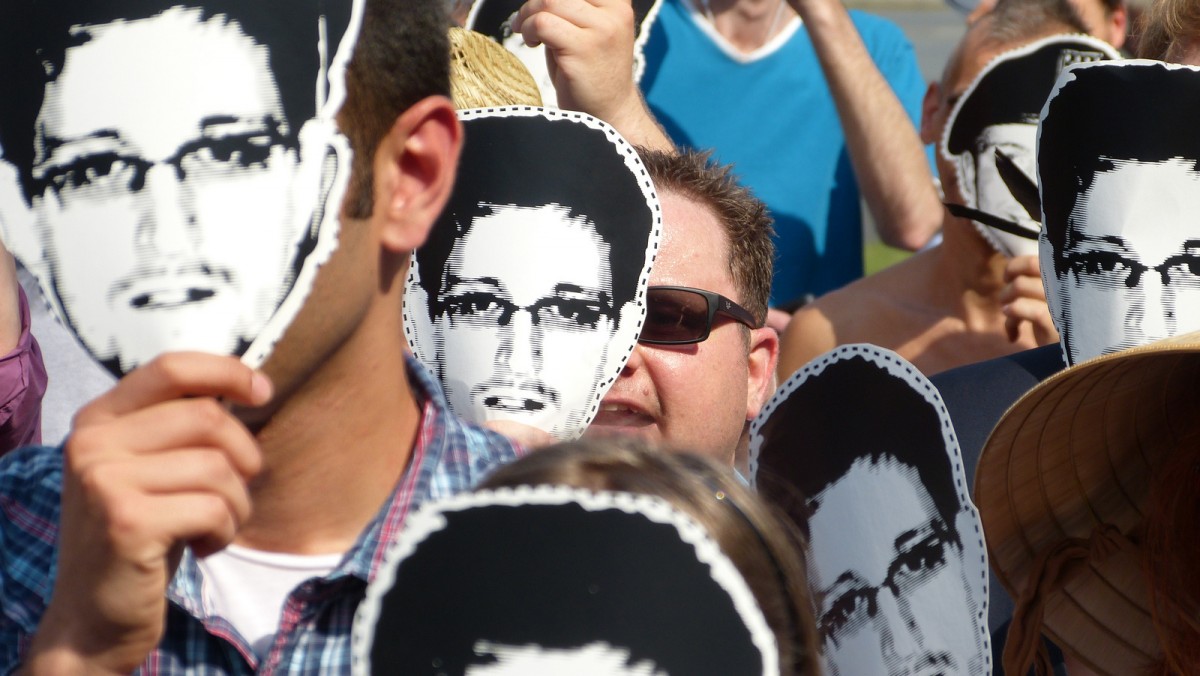 NEW YORK — On March 13, a report in the Daily Beast revealed that the New York-based outlet The Intercept would be shutting down its archive of the trove of government documents entrusted to a handful of journalists, including Intercept co-founders Glenn Greenwald and Laura Poitras, by whistleblower Edward Snowden. However, that account did not include the role of Greenwald, as well as Jeremy Scahill — another Intercept co-founder, in the controversial decision to shutter the archive.

According to a timeline of events written by Poitras that was shared and published by journalist and former Intercept columnist Barrett Brown, both Scahill and Greenwald were intimately involved in the decision to close the Snowden archive.

While other outlets — such as the Jeff Bezos-owned Washington Post and the New York Times — also possess much (though not all) of the archive, the Intercept was the only outlet with the (full) archive that had continued to publish documents, albeit at a remarkably slow pace, in recent years. In total, fewer than 10 percent of the Snowden documents have been published since 2013. Thus, the closing of the publication’s Snowden archive will likely mean the end of any future publications, unless Greenwald’s promise of finding “the right partner … that has the funds to robustly publish” is fulfilled.

Poitras told Brown that she first caught wind of the coming end of the Snowden archive on March 6, when Scahill and Intercept editor-in-chief Betsy Reed asked to meet with her “to explain how we’ve assessed our priorities in the course of the budget process, and made some restructuring decisions.” During the resulting two-hour meeting, which Poitras described as “tense,” she realized that they had “decided to eliminate the research department. I object to this on the grounds Field of Vision [Intercept sister company where Poitras works] is dependent [on the] research department, and the Snowden archive security protocols are overseen by them.”

Poitras later sent two emails opposing the research department’s elimination and, in one of those emails, argued that the research department should stay, as it represented “only 1.5% of the total budget” of First Look Media, The Intercept’s parent company, which is wholly owned by billionaire Pierre Omidyar. The last of those emails was sent on March 10 and Poitras told Brown:

Throughout these conversations and email exchanges, there was no mention of shutting down the archive. That was not on the table. That decision was made on either Monday March 11 or Tuesday March 12, again without my involvement or consent.”

She then noted that “On Tuesday March 12, on a phone call with Glenn and the CFO [Drew Wilson], I am told that Glenn and Betsy [Reed] had decided to shut down the archive because it was no longer of value [emphasis added] to the Intercept.” Poitras stated that this was:

the first time I … heard about the decision. On the call, Glenn says we should not make this decision public because it would look bad for him and the Intercept. I objected to the decision. I am confident the decision to shut the archive was made to pave [the way] to fire/eliminate the research team.”

Notably, Edward Snowden — who was granted asylum in Russia after going public as a whistleblower — had not been consulted by Greenwald or Reed over what, according to Poitras, was their decision to shut down the Snowden documents. Snowden was subsequently informed of the decision by Poitras on March 14 and has yet to publicly comment on the closure.

The publicly stated reason offered by Greenwald and other Intercept employees for the closure of the Snowden archive has been budget constraints. For instance, Greenwald — in explaining the closure on Twitter — asserted that it was very expensive to publish the documents and that the Intercept only had a fraction of the budget enjoyed by other, larger news organizations like the Washington Post, which had stopped published Snowden documents years ago, allegedly “for cost reasons.”

Yet, as Poitras pointed out, the research department accounted for a minuscule 1.5 percent of First Look Media’s budget. Greenwald’s claim that the archive was shuttered owing to its high cost to the company is also greatly undermined by the fact that he, along with several other Intercept employees — Reed and Scahill among them — receive massive salaries that dwarf those of journalists working for similar nonprofit publications.

Greenwald, for instance, received $1.6 million from First Look Media, of which Omidyar is the sole shareholder, from 2014 to 2017. His yearly salary peaked in 2015, when he made over $518,000. Reed and Scahill both earn well over $300,000 annually from First Look. According to journalist Mark Ames, Scahill made over $43,000 per article at the Intercept in 2014. Other writers at the site, by comparison, have a base salary of $50,000, which itself is higher than the national average for journalists.

The Columbia Journalism Review recently noted that these salaries are massive when compared to those doled out by comparable progressive and “independent” news outlets. For instance, editor-in-chief of Mother Jones, Clara Jeffrey, earns just under $200,000 annually while the sites’s D.C. correspondent David Corn made just over $171,000 in 2017.

Given that the research department was allegedly axed owing to “financial constraints” despite representing only 1.5 percent of First Look Media’s budget, it seems strange that Greenwald, Scahill and Reed — who were, according to Poitras, the brains behind the lay-off and archive-shuttering decision — were unwilling to apply those same financial constraints to their own massive salaries.

Furthermore, this also undercuts Greenwald’s claim that he is just waiting for the “right partner… that has the funds to robustly publish” the archive. Omidyar has a net worth of over $12 billion dollars and Greenwald’s annual salary from Omidyar has topped half a million dollars. It is hard to imagine what type of “partner” with “the funds to robustly publish” Greenwald has envisioned, since First Look’s massive funding and a multi-billionaire owner was insufficient to keep the Snowden archive open.

This all suggests that the real reason behind the archive’s closure lies closer to the fact that Greenwald and Reed both allegedly felt that the archive was “no longer of value” to the Intercept. Given that many of the publication’s most high-profile and lauded reports have been based on that archive, it seems strange that the troves of documents — 90 percent of which have never been made public and ostensibly contain material for a litany of new and explosive investigations — would no longer hold value to the outlet that was ostensibly founded to publish said documents.

A more compelling reason for why the Snowden archive failed to retain its value to the Intercept in the eyes of Greenwald, Scahill and Reed lies in the troubling government and corporate connections of their benefactor Pierre Omidyar, who — as the sole shareholder of First Look Media — pays their enormous salaries.

As journalist Tim Shorrock recently wrote at Washington Babylon, a likely motive behind the decision to shut down the Snowden archive was related to “the extensive relationships the Omidyar Group, the billionaire’s holding company, and the Omidyar Network, his investment vehicle, have forged over the past decade with the U.S. Agency for International Development (USAID) and other elements of the national security state,” as well as “the massive funds Omidyar and his allies in the world of billionaire philanthropy control through their foundations and investment funds.” MintPress has recently published several reports on both aspects of Omidyar’s many connections to the national security state and the non-profit industrial complex.

Shorrock goes on to further detail his theory, stating:

The Snowden collection had become problematic to Omidyar as he positioned himself as a key player in USAID’s ‘soft power’ strategy to wean the world from ‘extremism’ with massive doses of private and public monies. The classified NSA documents may not have been a problem under the Obama White House, where Omidyar enjoyed privileged status. But under Trump, whose Justice Department has gone beyond Obama’s attacks on whistleblowers by pursuing Julian Assange and WikiLeaks, holding on to the Snowden cache may had become a liability.”

Indeed, were the Snowden archive to become a liability for The Intercept’s owner, Omidyar, it certainly would cease to be of value to the publication. However, there have also long been claims that Omidyar’s involvement with the publication from the very beginning was a means of “privatizing” the Snowden documents, which allegedly contain compromising information about PayPal (owned by Omidyar) and its dealings with the U.S. government and intelligence community.

While both theories deserve careful consideration, the recent revelations regarding the back-story behind the outlet’s decision suggest that issues of “cost” were highly unlikely to have been the true motivation behind the recent closure of the Snowden archive.