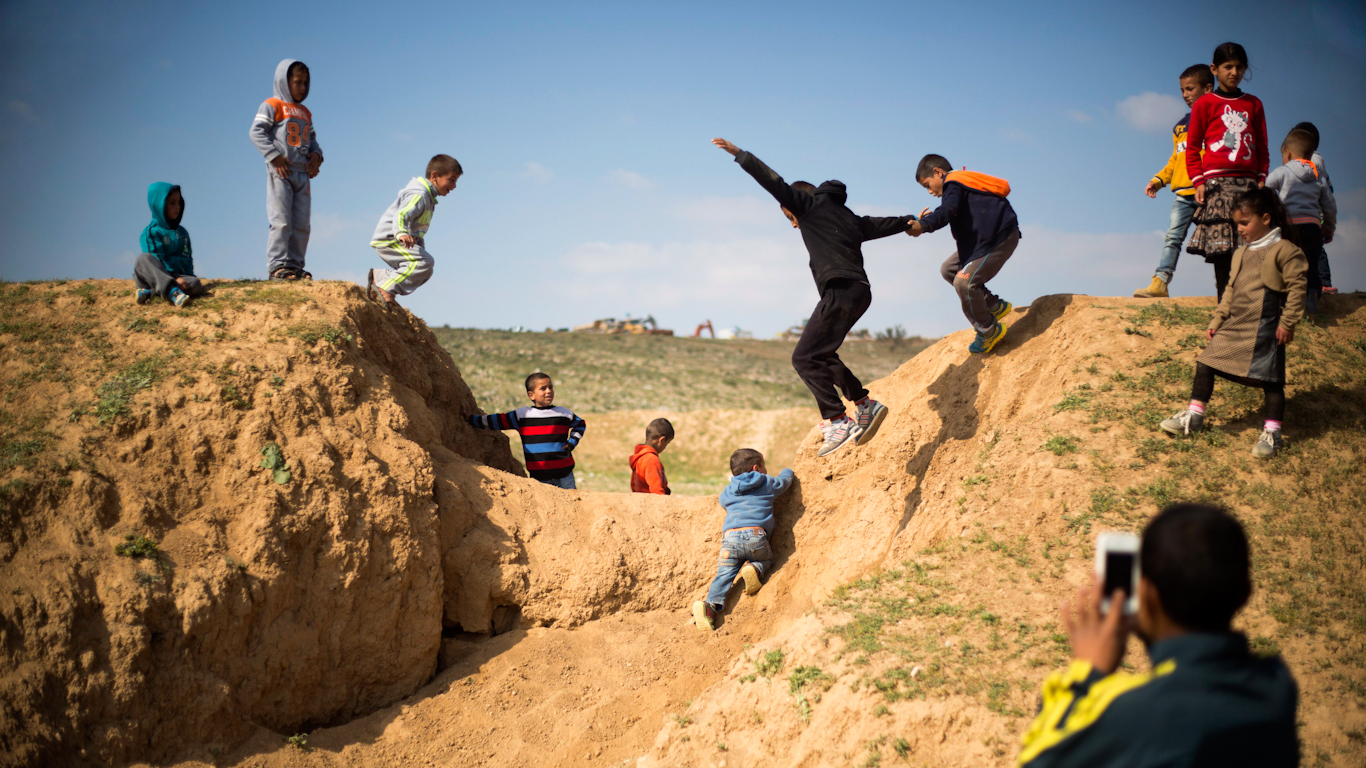 Iyad Burnat poses with his family circa 2019. Twitter | @IyadBurnat

A child climbs on the remains of a home demolished by Israeli authorities in Naqab Desert. Photo | Activestills