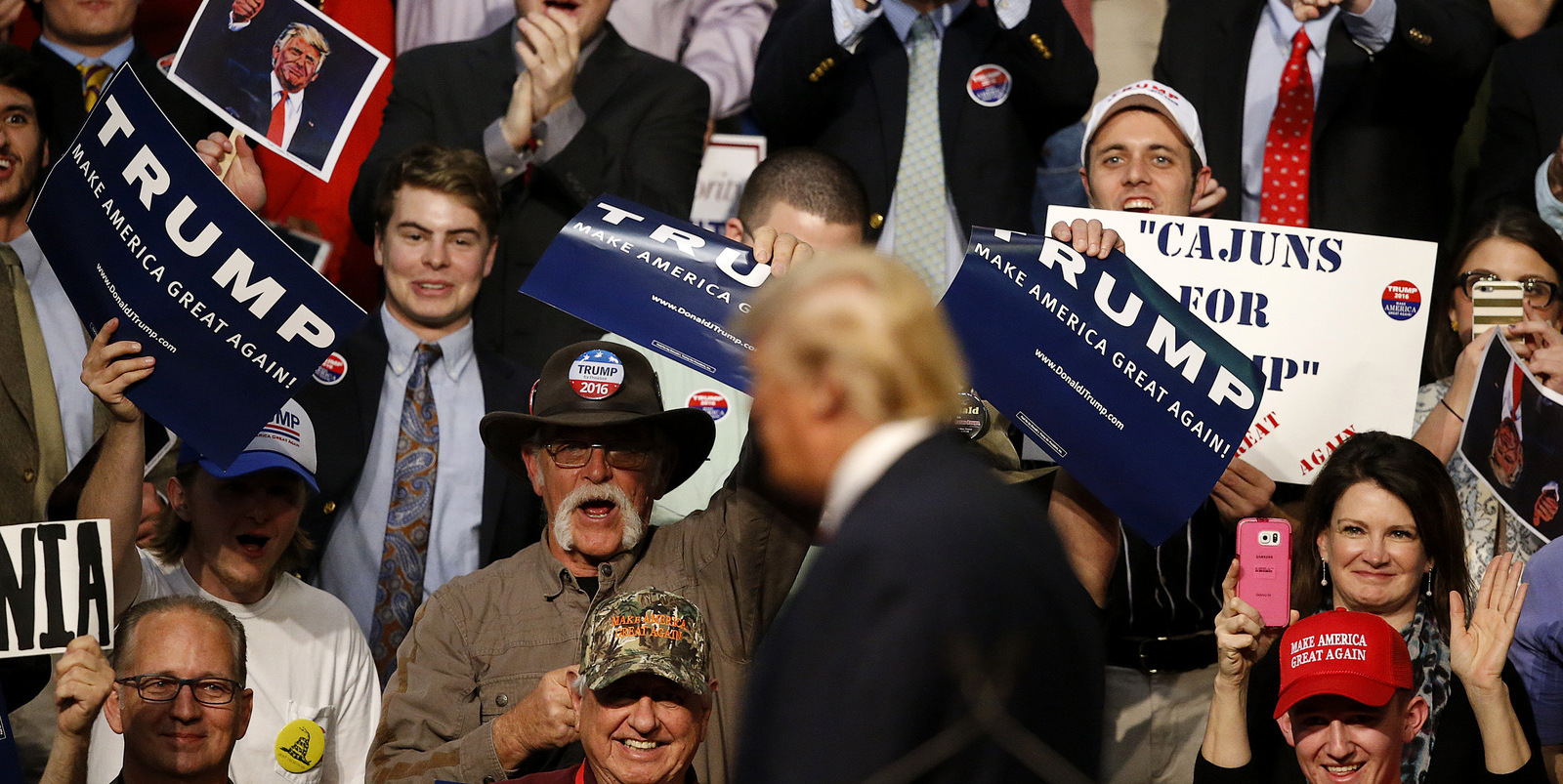 Playing to a base that equates Christianity not with humble morality but with power and cultural purity, Trump performed Mephistophelean maneuvers to harden opposition to abortion and gun control.

Russia has re-elected its self-styled leader and saviour, whatever his weaknesses – even his sins. The revelation that the Russian government may have ordered a former spy’s poisoning should provoke international outrage from Vladimir Putin’s fellow Christians, particularly as the holiest Christian festival of Easter approaches

But then, Putin seems to have his own ideas about acceptable Christian behaviour. Like most people, I watched his recent speech showing Russia’s bigger, badder nuclear arsenal with mixed feelings of surprise and horror. Scary, no matter what the political leanings of a leader. Terrifying, when in the hands of a leader who believes he is, in a deeply religious sense, the saviour of a beleaguered nation now being resurrected.

Spin your globe around and there’s a leader in the White House making similar moves to bolster his nuclear power: the previously apparently non-religious (in an American context, unelectable) Donald Trump. Playing to a base that equates Christianity not with humble morality but with power and cultural purity, Trump performed Mephistophelean manoeuvres to harden opposition to abortion and gun control. In doing so, he won the vote of a conservative Christian right, and provoked criticisms of hypocrisy. How could a philandering “pussy”-groper win religious votes?

Martyn Percy, an Anglican priest and Dean of Christ Church College, Oxford, traces Trump’s victory with American Christians to the statement made by Franklin Graham, son of American evangelist Billy Graham. He encouraged evangelists to back Trump as a kind of modern “Cyrus” – the biblical figure styled as a messiah.

Pastors from the Las Vegas area pray with Donald Trump during a visit to the International Church of Las Vegas, and International Christian Academy, Oct. 5, 2016, in Las Vegas. (AP Photo/ Evan Vucci)

Fingers on the pulse of an angry electoral rump, both leaders unashamedly exploit their respective national and, increasingly, the international rise of a new, populist right that uses religion to defend what might otherwise be construed as petty, nasty, hard-line, racist nationalism. Described as a means of defending Christian culture as “the last bulwark protecting a besieged Judeo-Christian civilisation from the barbarians at the gates”, populist parties invoke a kind of religion that emphasises a past golden age, rather than shared practices of church attendance and piety.

Putin has been capitalising on the Russian ethno-religious potential for several years. In a visit to Ukraine in 2013, he celebrated the 1,025th anniversary of the conversion of the Slavic Grand Prince Vladimir to Orthodox Christianity. At one of Europe’s most holy sites, the Monastery of the Caves in Kiev, Putin declared: “We are all spiritual heirs of what happened here … and in this sense we are, without a doubt, one people.”

And in December 2014, Putin celebrated the annexation of Crimea as reigniting Russia’s glorious, Christian past. He described Crimea as Russia’s “Temple Mount”, the name of the contested holy site in Jerusalem:

The peninsula is of strategic importance for Russia as the spiritual source of the development of a multifaceted but solid Russian nation and a centralised Russian state … Crimea, the ancient Korsun or Chersoness, and Sevastopol have invaluable civilisational and even sacral importance for Russia, like the Temple Mount in Jerusalem for the followers of Islam and Judaism.

Not to mention Crimea’s and Sevastopol’s enduring military significance, as the base of the Russian Black Sea Fleet. The retired major-general and military historian Mungo Melvin observed that “many in the Kremlin now, and perhaps long into the future, would argue that Russia’s honour was at stake in Sevastopol as much as its national interests”.

And it’s not the first time that Putin draws on a notion of a shared noble past. Melvin adds: “Rather than being an opportunistic tactician as some suppose, he is following a deliberate strategy of making Russia great again, backed by increasing military spending.”

The “people” to whom Putin is appealing may self-identify as Orthodox Christian, but few attend church or participate in rituals such as fasting. This phenomenon of “nominal Christianity” or “believing in belonging” is familiar: most people who self-identify as Christian on the decennial UK census do not attend church or participate in important rituals, such as confirmation or communion. A similar pattern can be seen across western Europe and increasingly in the United States. I have argued that such self-identification arises at certain times when people feel compelled to assert their religious identity for nationalistic reasons.

In Russia, the numbers of people claiming to be “Orthodox” increased from 31% to 72% between 1991 and 2008, while regular church attendance barely shifted, growing from 2% to 7%. In such a context, the potential power granted by Christian trappings should not be underestimated. Putin most recently shored up his image as a national saviour just ahead of Russia’s election, positioning himself as nearly single-handedly saving an old monastery. A documentary film showing Putin’s visit to the monastery created a strong picture of an almost mythic figure.

Whatever their involvement in immoral activities, Putin and Trump seem assured of the populist support of modern Christians who long for a return to power, no matter what the cost in lives or souls.

Abby Day is a professor of race, faith and culture at Goldsmiths, University of London.

Originally published in The Conversation