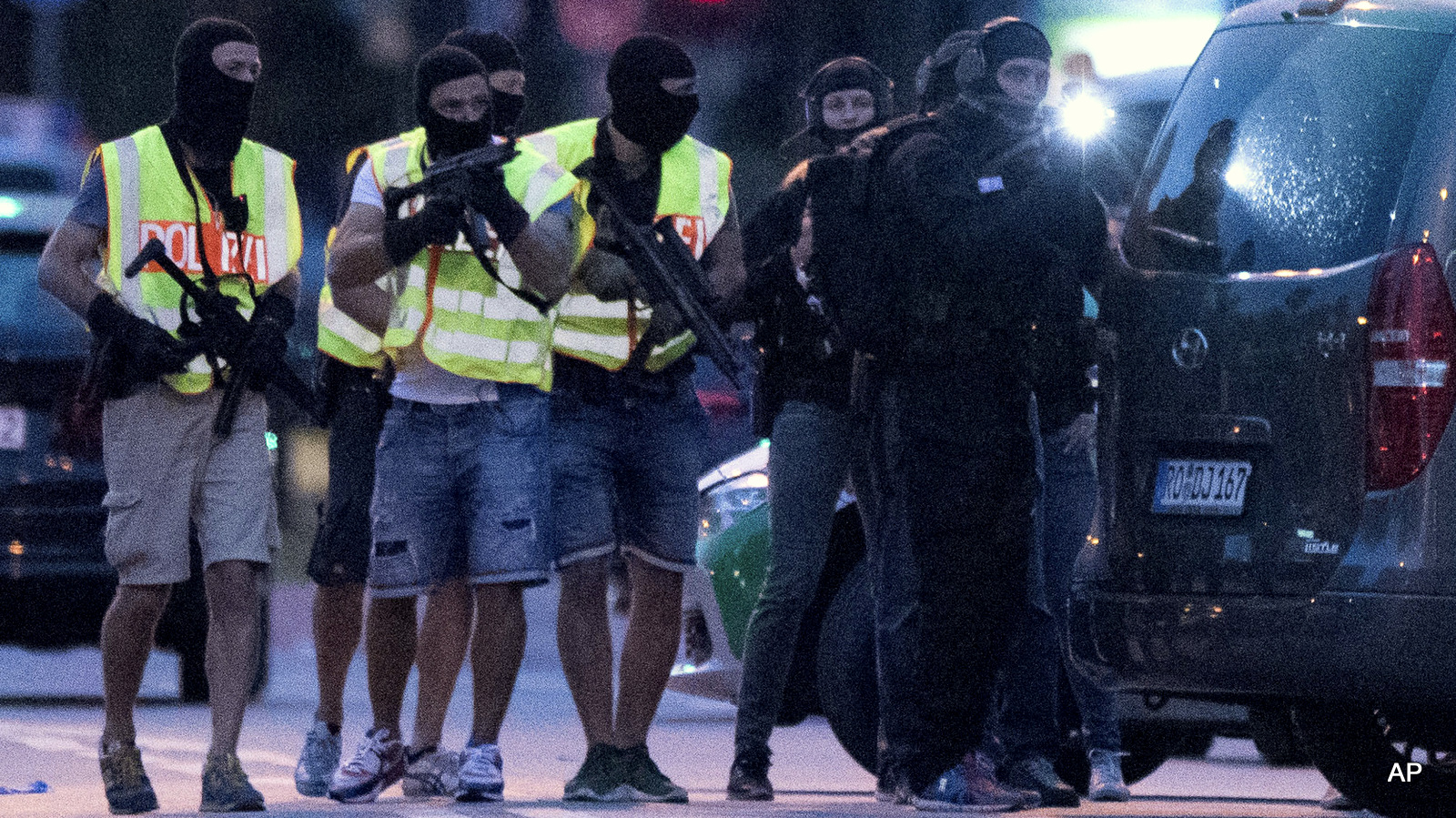 The current constitution says Germany can only call in the army domestically, and only for a national emergency.

Special police forces prepare to search a neighboring shopping center outside the Olympia mall in Munich, southern Germany, Friday, July 22, 2016 after several people were killed in a shooting.

Once again underscoring how quickly security officials will look to parlay any incident into an increase of power, Bavarian Interior Minister Joachim Hermann is pushing for a revision of the German Constitution after Friday’s mass shooting in Munich to remove limits on using the military domestically, limits that were put in place immediately after the destruction of the Nazi government.

The German Constitution currently limits the military’s domestic deployments, only allowing their use in cases of “national emergency.” Hermann insisted this was “absolute” and that Germany, as “an absolutely stable democracy,” should be perfectly comfortable with their military deployed on the streets.

Baden-Wurttemberg’s Interior Minister also talked of some change, saying that the military should be available for “large-scale, serious terrorist situations,” though he stopped short of Hermann’s suggestion that they would be used for “domestic threats.”

The Social Democrats and Greens were particularly critical of the call, accusing the ruling Christian Democrats of trying to use Munich for political gain. Green politician Irene Mihalic also warned that the arrival of a large number of German ground troops into Munich during Friday’s incident would have triggered a mass panic.