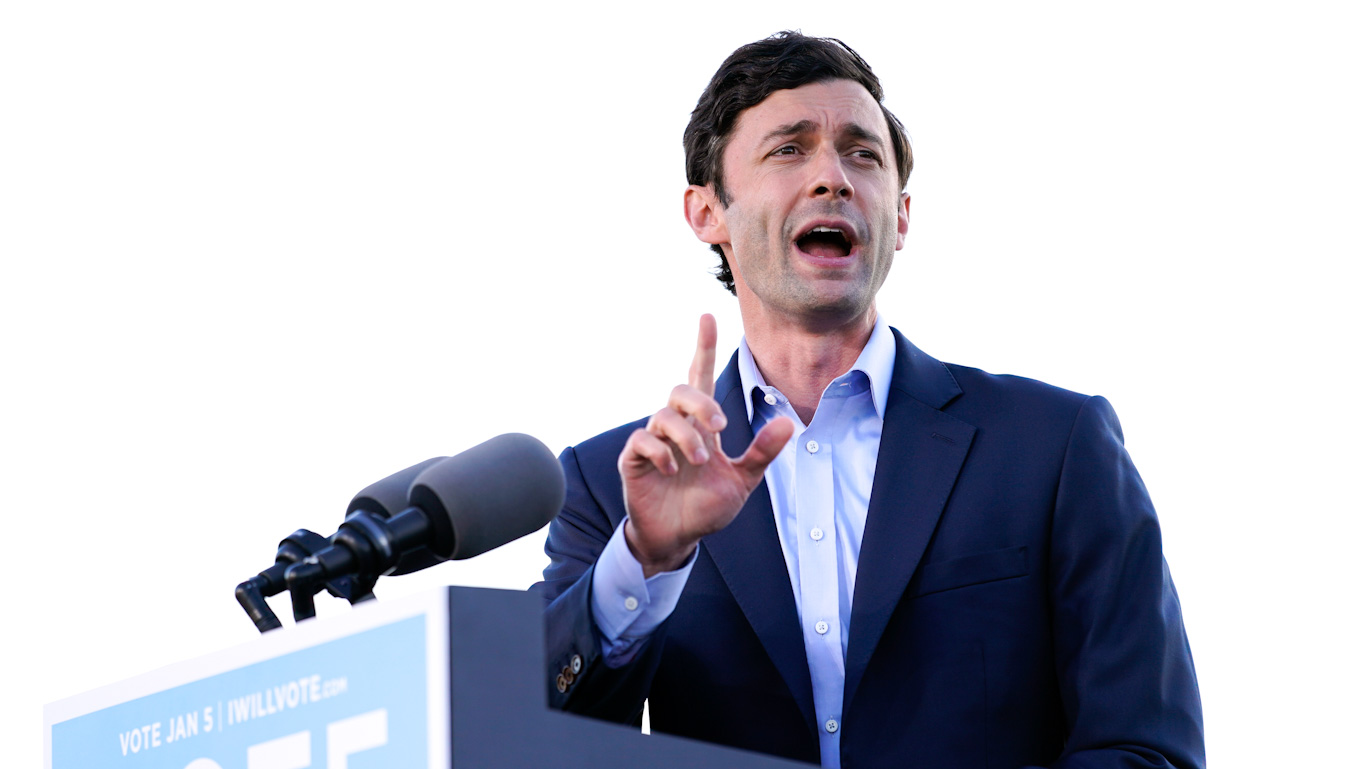 In order to beat GOP incumbents David Perdue and Kelly Loeffler in the Georgia Senate elections, Democrats had to spend big, raising hundreds of millions of dollars in the process.

The two Georgia Senate elections — called today for the Democrats — were easily the most costly in history, amounting to nearly $830 million in total ($468 million for the race between  Democrat Joey Ossoff and Republican David Perdue and more than $361 million for the special election between Democrat Rev. Raphael Warnock and Republican Kelly Loeffler.

The Democrats’ massive war chest came in no small part from hefty contributions from corporate America. According to data from the Center for Responsive Politics, tech companies rallied around the Democratic challengers, plying the two campaigns with millions of dollars. Alphabet Inc., Google’s parent organization, was the largest single source of funds, their PACs, shareholders, or employees donating almost $1 million to Ossoff’s campaign alone with other big tech companies cracking his top ten, all with hundreds of thousands of dollars worth of donations from the like of Apple, Microsoft, Amazon, Facebook, and AT&T. The rest of the top ten were made up by universities.

The Republican candidates also relied on large corporations for much of their funding. Perdue’s biggest donors included Delta Airlines, Home Depot, Goldman Sachs, and Bank of America, while Loeffler was generously supported by oil and chemical giant Koch Industries as well as a number of financial institutions like Ryan LLC and Blackstone Group.

However, Democrats decisively outraised their opponents, giving them a critical edge. Ossoff outraised Perdue by $138 million to $89 million while Warnock received $124 million to Loeffler’s $92 million. With over 98% of the votes counted, Warnock has been declared the winner, with 50.6% of the vote. Ossoff, meanwhile, is all but assured of winning as well, and has already declared victory.

Thus, both contests have conformed to political scientist Thomas Ferguson’s “Golden Rule” of politics: that the party that spends the most almost always wins the election. Ferguson’s 1995 thesis, “The Golden Rule: The Investment Theory of Party Competition and the Logic of Money-Driven Political Systems,” argued that elections are essentially contests between rival big businesses and that the two political parties compete to serve those who pay them, not the public. Nearly 20 years later, a University of Princeton study of 1,779 policy issues found that,

Empirical evidence seems to support this notion. Data from the Center for Responsive Politics shows that, since 2000, the candidate spending the most money has won between 70% and 98% of their races in the House or Senat

The 2020 election was already by far the most expensive in history, even before the Georgia numbers were added into the mix. The sums of $468 million and $361 million are comfortably higher than any of those from two months ago, the most expensive of which was the $299 million contest in North Carolina between Thom Tillis (Republican) and Cal Cunningham (Democrat).

Many were heralding the Democratic upset in Georgia as the start of a new era and a victory against racism and hate. “The votes of Black people have been suppressed in this nation for a very long time. This is the dawning of a new day,” said Bernice King, daughter of Dr. Martin Luther King Jr. Warnock, who will become the state’s first black senator, agreed. “Tonight we proved that with hope, hard work, and the people by our side, anything is possible…All of us have a choice to make; will we continue to divide, distract and dishonor one another, or will we love our neighbors as we love ourselves?” he said in his victory speech.

Yet while corporations continue to have such an outsized role in funding both major political parties, it is unclear whether substantive change is even possible. The debate over whether this represents a victory for racial justice can be had, but what seems unmistakable is that the real winners in this election were corporate America, who could not lose, whoever won.