Two men, not specified which group of rebels, ride a motorcycle towards an abandoned UN base at Syria’s Quneitra border crossing between Syria and the Israeli-controlled Golan Heights, Monday, Nov. 28, 2016. (AP/Ariel Schalit)

Speaking at a cultural event in Afula, Israel, former Israeli Defense Minister Moshe Ya’alon acknowledged that Israel maintains open communications with a Daesh (ISIS) cell, known as the Khalid ibn al-Walid Army, operating in the annexed Golan Heights. Ironically, Ya’alon’s statements came as he was discussing Israel’s policy of “neutrality” in the six-year-long conflict in Syria.

Considering that the Daesh affiliate is recognized by Israel and other Western nations as a terrorist group, the Israeli Defense Forces’ (IDF) communications with them are technically illegal under Israeli law as communications with any group deemed terrorists by the state is illegal.

Ya’alon also elaborated on one particular incident, which raised eyebrows even among the Israeli press, where Daesh allegedly apologized to the IDF after opening fire.

“There was one case recently where Daesh opened fire and apologized,” Ya’alon said on Saturday, referencing a clash between the Daesh affiliate the IDF troops in the Golan Heights last November. During the incident, IDF troops had briefly exchanged gun-fire with members of the terrorist group before attacking their position with airstrikes and tank fire, killing four Daesh members.

After Ya’alon’s shocking comments, his office refused to elaborate on his statements despite repeated media requests. The IDF also declined to comment on how the Daesh affiliate had expressed its apology. 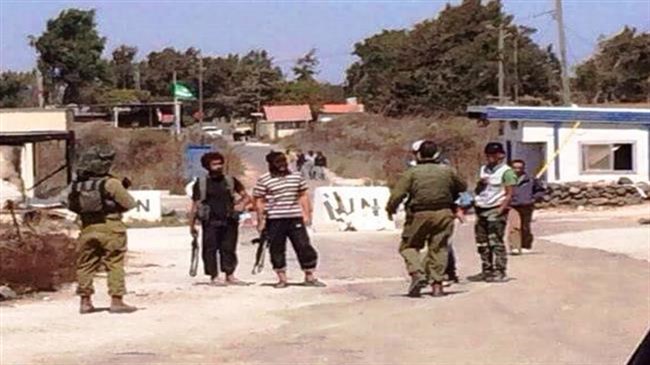 A photo from the Israel, Syrian border along the Golan Heights showing IDF soldiers conversing with Jabhat al Nusra fighters.

While the IDF has remained tight-lipped in light of Ya’alon’s recent comments, Israel’s relationship and open communications with terrorist groups in the Golan Heights and elsewhere is well-documented. Some of the most conclusive evidence came after the United Nations issued a damning report in 2015 that revealed that the IDF maintains regular contact with Daesh members and had done so since 2013.

While Israel maintains that their communication with terrorists was indirect and only for the coordination for medical care of wounded civilians, UN observers identified direct contact between both groups and revealed that Israelis gave medical care to ISIS fighters and also transferred them supplies.

The Syrian government has also repeatedly blamed Israel for supporting terrorist groups active within Syria, a charge that Israel continues to deny despite evidence to the contrary.

“Israel is working on helping these terrorists wherever the Syrian army is advancing. It attacks in one form or another to provide them with assistance, and to stop the Syrian army’s momentum in the face of the terrorists.”