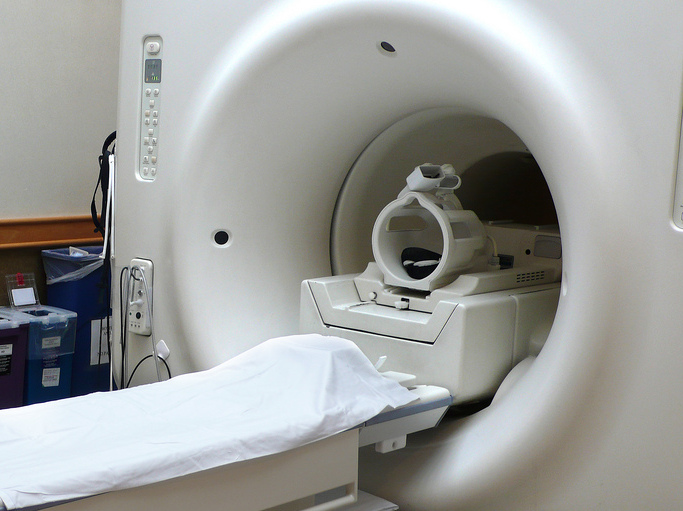 Faced With Conflict Of Interest, Are Oncologists Overdiagnosing Patients?

Reports of doctors unnecessarily prescribing treatments or procedures may be more common than many Americans realize.

A Michigan oncologist was arrested Tuesday and charged for his participation in a $35 million health care fraud scheme.

Dr. Farid Fata, 48, who promised on his practice’s website to deliver the “Best Cancer Care — Anywhere,” was charged by the FBI for his involvement in fraud against Medicare, in which the doctor reportedly submitted claims for medically unnecessary services including chemotherapy treatments, Positron Emission Tomography (PET) scans, as well as other cancer and hematology treatments for patients who allegedly did not need them.

In a December 2012 survey published in the Journal of Clinical Oncology, researchers examined where medical oncologists derive their income, and found that as much as 65 percent comes from prescribing treatments and therapies such as chemotherapy. The other 35 percent comes from evaluating and managing patients’ cancers.

The study also raised concerns about whether the oncologists have a conflict of interest when it comes to recommending chemotherapy for patients and if the financial incentive would lead to overtreating cancer patients.

The study found that doctors who were paid based on the number of services they provide were seven times more likely to say their income would increase if they prescribed more chemotherapy treatments than those doctors who had flat salaries.

Doctors who owned their own practices or worked in small offices were nine times more likely to say their income would increase if they administered chemotherapy treatments compared to those who worked in hospitals.

In Fata’s case, federal officials alleged that of the $35 million fraudulent claims, Fata submitted $25 million himself. Fata is the owner and operator of Michigan Hematology Oncology Centers, which had offices in five different cities throughout the state of Michigan.

Officials said in their criminal complaint against the doctor that he “directed the administration of unnecessary chemotherapy to patients in remission,” and he misdiagnosed patients “as having cancer to justify unnecessary cancer treatment.”

“Dr. Fata allegedly perpetrated a brazen and dangerous fraud that time and again jeopardized his patients’ well-being,” Acting Assistant Attorney General Mythili Raman said in a statement. “The conduct alleged today is chilling, with the defendant endangering patient safety through misdiagnoses, over- or mis-prescription of chemotherapy and other treatments and delay of hospital care for patients with serious injuries.”

Federal agents searched Fata’s house and offices this week and took hundreds of boxes of evidence that is thought to include patient records. Believed to be a flight risk because he has about $14 million in liquid assets and a home in Lebanon, Fata has been temporarily detained.

If found guilty, Fata faces up to 20 years behind bars.

Pat Winowiski, 85, has lung cancer and liver cancer and was a patient of Fata’s. She said she was shocked to hear her doctor had been arrested, and said she found the news “very upsetting because I really liked him.”

Terri Mitchell is another one of Fata’s patients. She said that after more than seven years of chemotherapy treatment, she’s starting to doubt her cancer diagnosis.

“I can’t understand — I’ve talked to many people and they’ve said I don’t understand why you’re still on Retuximab for the last seven years — cause he told me at the beginning it would be a year of treatment and two years of maintenance,” said Mitchell.

But other patients, such as Sally Kelley, who refers to Fata as a “gentle and loving” doctor, say they have total faith in their doctor and “don’t believe a word of it,” even though Fata’s current and former employees, concerned about the patients, became informants for the FBI.

Detroit U.S. Attorney Barbara McQuade said in a statement, “The agents and attorneys acted with great attention to detail to stop these allegedly dangerous practices as quickly as possible, and we have set up a victim hotline so that patients can access their files and get questions answered.”

Patients who have questions concerning their medical records and/or information regarding this investigation and prosecution can call the United States Attorney’s Office Information Line at 888-702-0553.

While reports of doctors unnecessarily prescribing treatments or procedures is not in the news every day, it may be more common than many Americans realize. In July, an oncologist and her former billing agent in Mississippi pleaded guilty for their participation in a multimillion-dollar health care fraud case.

Wayne Spring, 76, was one of Sachdeva’s patients and was in the courtroom when his doctor pleaded guilty. He said he was disappointed in the whole ordeal. Springs told The Associated Press he contracted two bacterial infections from the clinic and now has to be tested regularly for HIV and hepatitis.

According to The Associated Press, Sachdeva’s clinic was closed by the Mississippi Health Department in July 2011 citing “unsafe infection control practices” after 11 patients were hospitalized with the same bacterial infection.

The state’s health department said the clinic’s some 300 patients were tested for HIV, as there was a lawsuit filed against the practice saying that at least one patient died after contracting HIV at the clinic.

Sentencing for Sachdeva is Oct. 1. Like Fata, Sachdeva faces up to 20 years behind bars. If she is found guilty of diluting chemotherapy drugs as well, she could face a 165-year prison sentence and be fined more than $3.2 million.

As the study in the Journal of Clinical Oncology found, 65 percent of some oncologists comes from prescribing treatments and therapies such as chemotherapy, and those doctors like Fata and Sachdeva who own their own practice or work in a small office, were nine times more likely to say their income would increase if they administered chemotherapy treatments.

Dr. Nancy Keating is an associate professor of medicine and health at Boston’s Harvard Medical School, an associate physician at Brigham and Women’s Hospital, and the study’s senior author. She said, “I think there is evidence out there that doctors are very responsive to financial incentives… So I think some patients should realize that doctors who are prescribing chemotherapy may be benefiting financially.”

Keating encouraged patients to ask doctors whether they’ll benefit financially from their treatments. “It’s certainly something I would want to know,” she said. “But I agree it’s not an easy thing to ask, but I do think it’s something to be aware of and I think it’s a fair question to ask.”

Keating said that the U.S. government tried to address the problem by reducing profit margins for doctors administering chemotherapy to their patients, but that didn’t solve the problem.

“I think there is some evidence out there that doctors just started prescribing more profitable drugs. So this is still an issue,” she said.

But Dr. Yu-Ning Wong of the Fox Chase Cancer Center in Philadelphia, who wrote a commentary that appeared with the study, said she was concerned the study would convince cancer patients they were receiving unnecessary care or treatments. Wong stressed that the study only looked at whether doctors believed their pay would increase and didn’t look at if it really did.

Still, Keating says the study proves doctors need to find a new way to pay themselves, “to counter or eliminate these incentives to decrease unnecessary care and ensure that health care resources are used most effectively.”