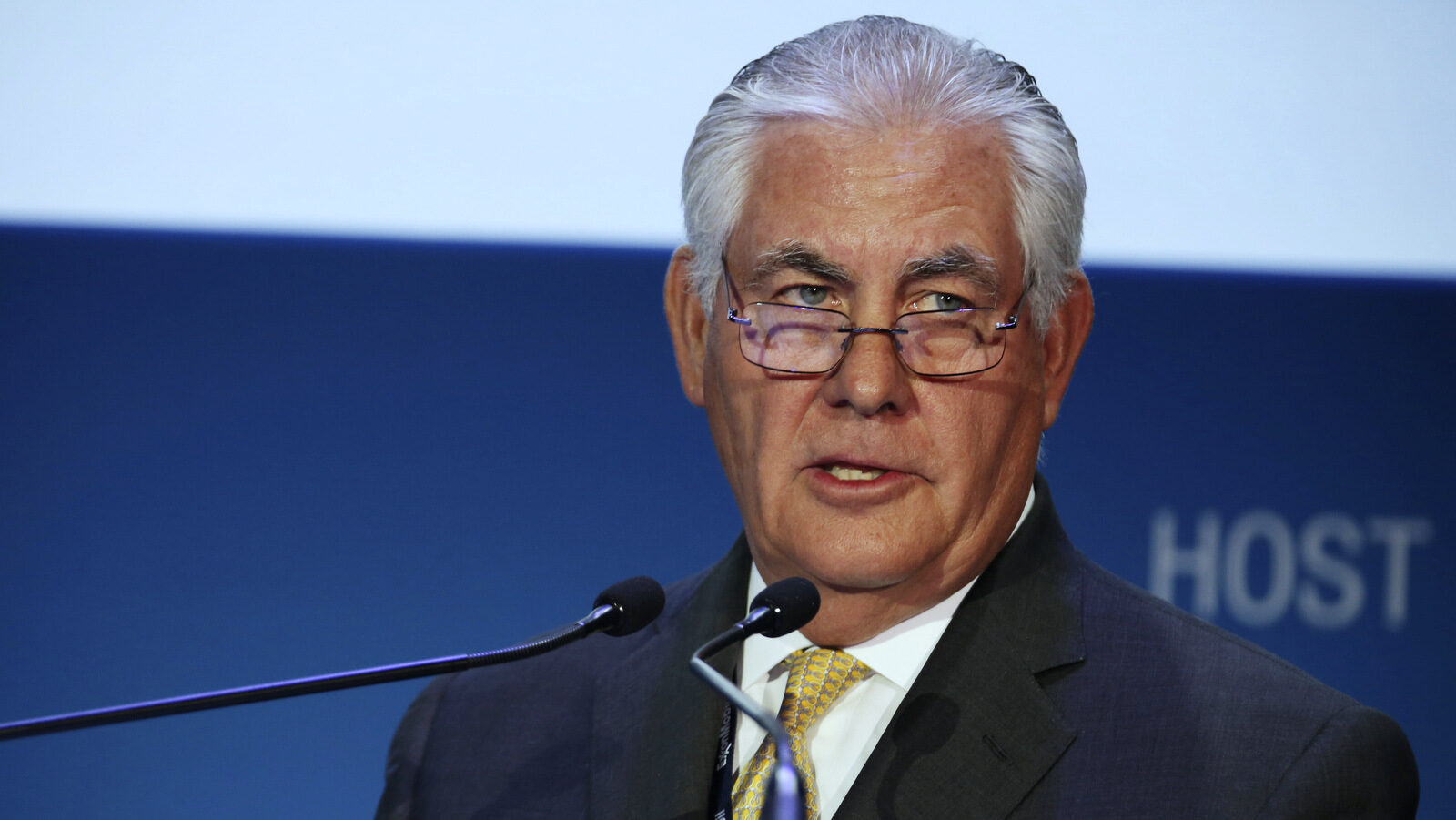 President-elect Donald Trump has officially picked Texas oil executive Rex Tillerson to be secretary of state, going ahead with the Exxon Mobil CEO’s nomination despite early signs of unease over his close relationship with Russian leader Vladimir Putin.

Tillerson, the first Texan selected by Trump for his Cabinet, is likely the president-elect’s most controversial appointment yet. Some senators have already signaled they may oppose his nomination over concerns about his ties to oil-rich Russia, which the CIA has reportedly concluded interfered in the presidential election in favor of Trump. “Rex knows how to manage a global enterprise, which is crucial to running a successful State Department, and his relationships with leaders all over the world are second to none,” Trump said. “I can think of no one more prepared, and no one more dedicated, to serve as Secretary of State at this critical time in our history.”

Born in Wichita Falls, Tillerson is a distinguished alumnus of the University of Texas at Austin. He currently lives in Irving, where Exxon Mobil is based.

Tillerson has spent more than four decades at Exxon Mobil, becoming its chief executive in 2006. He was due to leave company in March, when he will reach the company’s mandatory retirement age of 65.

At Exxon Mobil, Tillerson has extensively done business in Russia, building a reputation as one of the closest Americans to Putin. In 2013, Russia gave Tillerson its Order of Friendship distinction.

It’s those Russian connections that could now lead to a tough confirmation battle for Tillerson. After word got out Saturday that Trump was zeroing in on Tillerson, at least three GOP senators voiced concerns.

“Rex Tillerson’s successful tenure leading a large multinational corporation reflects a keen ability to navigate complex geopolitical issues across the globe,” Cornyn said in a statement. “His experience will be critical as the next Secretary of State will face a broad array of diplomatic challenges that will define the security and success of our nation for generations. A lifelong Texan, I’ve long valued Rex’s insight and look forward to supporting his nomination.”