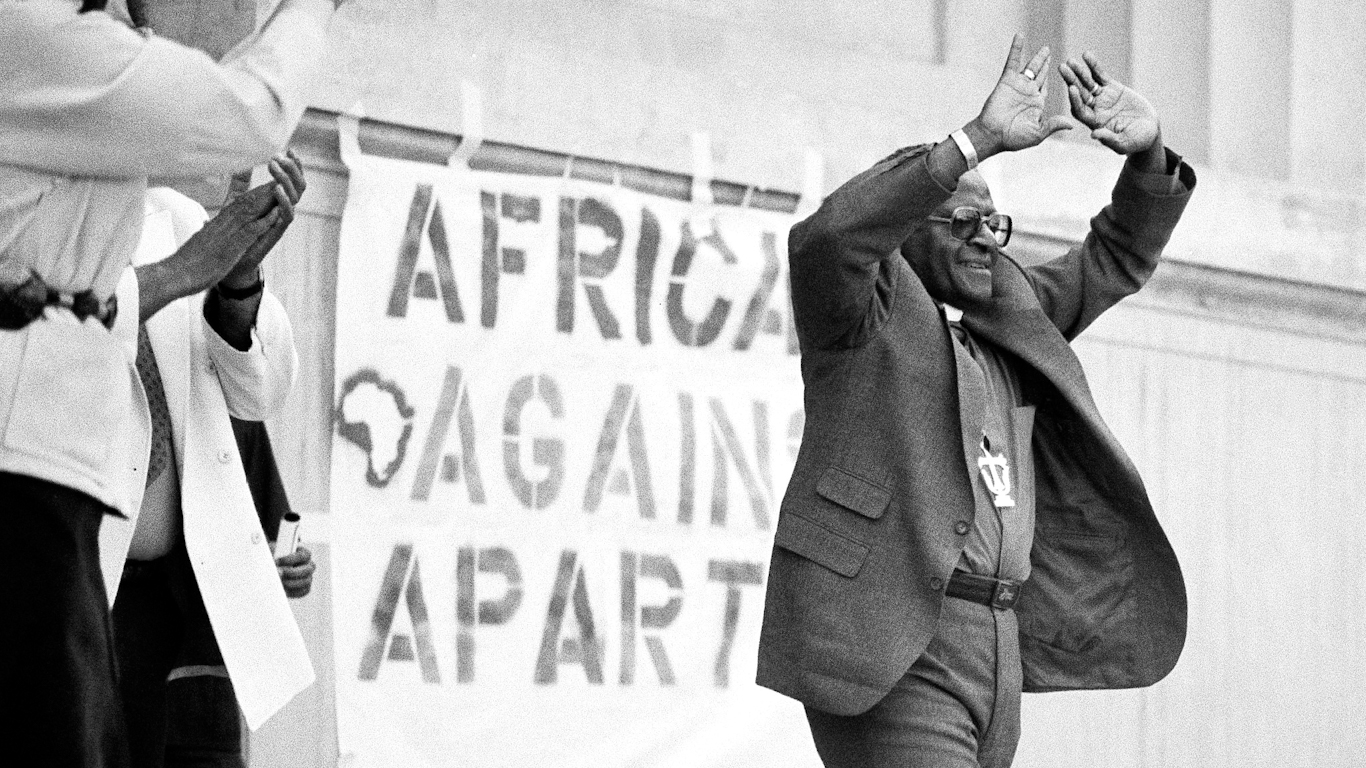 Zionist organizations in the United States and around the world will continue to feel entitled to call anyone they wish a racist, a bigot, and an antisemite. Their successes empower them and, since there is no one who stands up to them, there is no reason for them to stop.

JOHANNESBURG – Vilakazi Street in Soweto is perhaps the most famous street in all of Johannesburg, maybe even in all of South Africa. The street is named after Dr. B.W. Vilakazi, who was a South African poet, novelist, and intellectual. He was the first Black South African to teach at the University of the Witwatersrand; though, because they did not allow Black lecturers at the time, he was employed as a language assistant. But that is not why Vilakazi Street is famous.

At the corner of Vilakazi and Ngakane is the home of Nelson Mandela, known today as the Mandela House. It serves as a sort of museum and memorial to Nelson Mandela. When I was there in 2014, I was given a tour by the very lady who worked for the Mandelas as a housekeeper. Also on Vilakazi Street is the home of the recently deceased Archbishop Desmond Tutu. It is said to be the only street in the world where two Nobel Prize laureates resided, and these were no ordinary laureates even by Nobel Prize standards.

The famous Mandela House at the corner of Vilakazi and Ngakane. Photo | South African Tourism

According to the January 11 issue of Newsweek magazine, while speaking on Fox News, former Harvard Law Professor Alan Dershowitz said, “The man was a rampant antisemite and bigot,” referring to Desmond Tutu.

The Guardian, writing about the passing of the archbishop, also mentioned Dershowitz’s absurd accusation. The piece says correctly that “[a] figure of Tutu’s stature drawing parallels between a system constructed on racism and the reality of Israel’s domination of the Palestinians, and calling for boycotts to end it, alarmed the government in Israel.”

The piece goes on to report that “[a]ll of this earned Tutu a particular ire from some of Israel’s defenders. The Anti-Defamation League accused him of antisemitism over his boycott call.” The report continues to say:

Citing at least half a dozen instances in which the anti-apartheid activist spoke out against Israel, ZOA president Morton Klein criticized Yeshiva University’s Cardozo School of Law for hosting Tutu … and the University of Pennsylvania for inviting Tutu to be its commencement speaker.

Also chiming in was Yishai Fleisher, spokesman for the militant religious-Zionist settlers in Hebron. He posted on Twitter:

Tutu was a serious enemy of Israel because he used his clout as an anti-apartheid warrior to stick that ignominious epithet onto Israel. But underneath the nice guy facade he was [sic] religious antisemite, a supporter of the genocidal Hamas terror, and a serial liar.?

I am quite speechless that anyone could characterize Tutu as a racist. However, the claim that Tutu was an antisemite is not new. In 2003 the Forward reported: “The Zionist Organization of America has denounced two universities for inviting Nobel laureate Archbishop Desmond Tutu to speak on their campuses.”

According to a piece in the Jewish Telegraph Agency, or JTA, from October of 2007, “Bishop Desmond Tutu had been slated to visit the University of St. Thomas next spring as part of a program that brings Nobel laureates to teach youth about peace and justice.” However, in a strange chain of events, university administrators concluded that “Tutu has made hurtful comments about Israel and the Jewish people that rendered him inappropriate as a speaker.” These administrators reached this puzzling conclusion “after consulting with Minnesota Jewish leaders.” One of these “leaders” was Julie Swiler, the public affairs director for the Jewish Community Relations Council of Minnesota and the Dakotas, (JCRC), a Zionist not-for-profit that is charged with monitoring activities that show Israel in a negative light and acting to stop them.

Swiler told JTA that the university approached her organization for an opinion about Tutu, which led her to discover a speech Tutu delivered in Boston in 2002. “He compared the power of the “Jewish lobby” to Hitler, and Israeli policies to those of the South African apartheid regime.

What the archbishop actually said was:

People are scared in this country to say wrong is wrong because the Jewish lobby is powerful – very powerful.”

He went on to say:

We live in a moral universe. The apartheid government was very powerful, but today it no longer exists. Hitler, Mussolini, Stalin, Pinochet, Milosovic and Idi Amin were all powerful, but in the end, they bit the dust.”

According to Swiler, “those comments go beyond legitimate criticism of Israel.”

Pro-Palestine activitists form an honor guard as they await for the arrival of the body of Desmond Tutu, Dec. 31, 2021. Nardus Engelbrecht | AP

Morton Klein, president of the Zionist Organization of America (ZOA), said that “Desmond Tutu is an antisemite who hates Jews and is obsessed with demeaning and smearing the Jewish state.” Klein claimed that Tutu delivered a speech in 2002 at a conference that was sponsored by the Palestinian organization Sabeel, which Klein says is “a Christian Palestinian group that some have described as antisemitic.”

It is well known that the extent to which Zionists around the world use antisemitism as a tool to silence those who reject their racism, hate and violence know no boundaries. When public figures dare to stand for justice – even if, like Archbishop Desmond Tutu, they do not reject Zionism completely – they are immediately labeled as antisemitic. After the success of the Zionist campaign to bring down the U.K. Labour Party leader, Jeremy Corbyn, and demonize many of his supporters — many of whom were Jewish themselves – there is no reason to expect that these hate-filled lies about people who fight for justice will stop.

Like a bully with a loaded weapon, Zionist organizations in the United States and around the world will continue to feel entitled to call anyone they wish a racist, a bigot, and an antisemite. Their successes empower them and, since there is no one who stands up to them, there is no reason for them to stop.

A few years ago I had the privilege of visiting South Africa to participate in the Israeli Apartheid Week, and it was during that visit that I walked down the famous Vilakazi Street. While there, I was also invited to take part in a discussion that was broadcast live on SABC television. The discussion was between myself and an Israeli who was sent to represent Israel and the view that Israel is anything but an apartheid state.

At the 3:56 mark of the program, I was asked by the moderator to explain why Israel is an apartheid state, which of course, is quite easy to do. At 8:30 in, the moderator asked the other guest to explain how what I described is not apartheid. This was followed by about 30 seconds of silence, confusion, and incoherent mumbling. When he was finally able to speak, it was clear that he was not able to answer the question.

Feature photo | Desmond Tutu greets a crowd of 10,000 people with his hands held high during a rally at the Greek Theater on the University of California at Berkeley, Calif., campus, May 14, 1985. Eric Risberg | AP