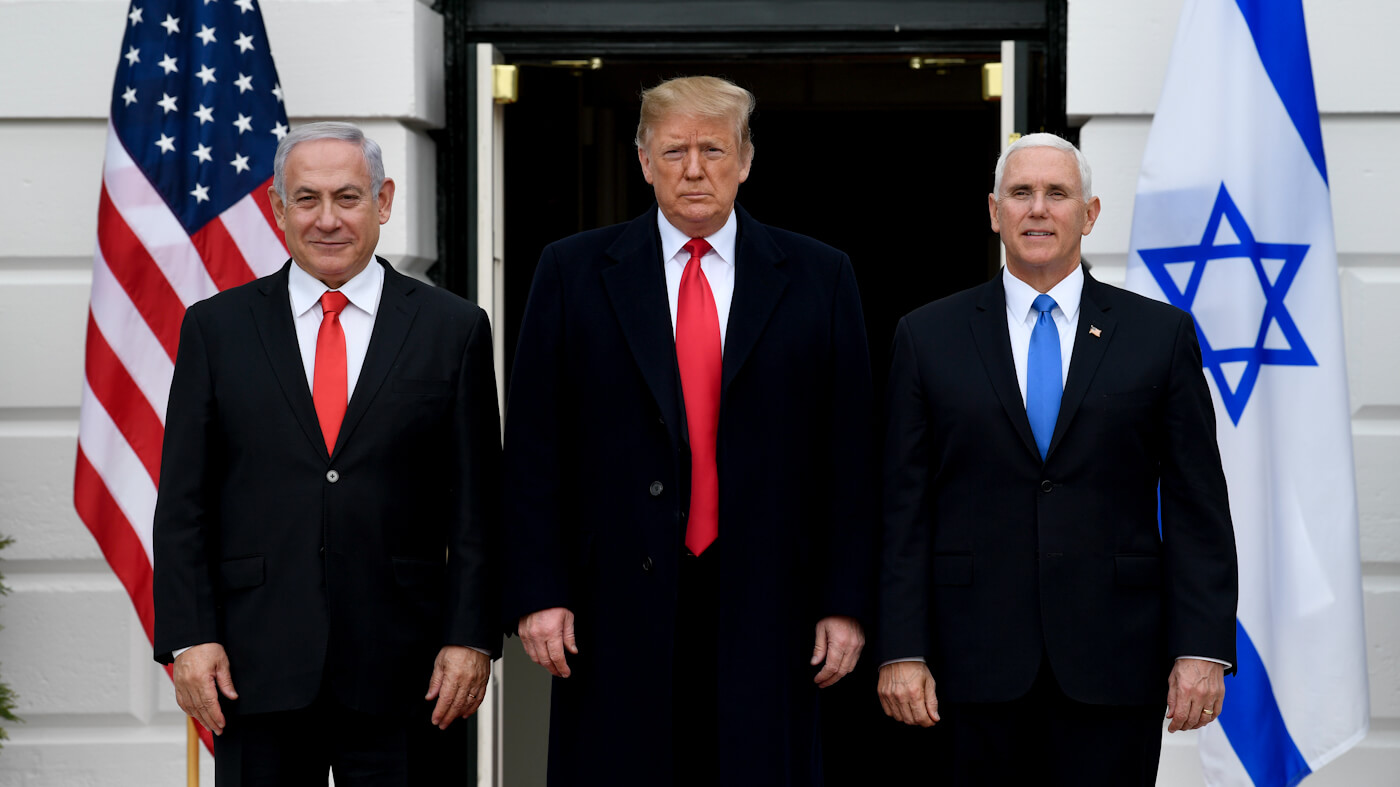 As Benjamin Netanyahu returns from Washington to Jerusalem determined to keep his seat as Israel’s prime minister, it is clear that the Final Status issues — those pesky issues between Israel and the Palestinians that Israel never wants to discuss –  are being eliminated one by one in a regional scheme that is titled Deal of the Century. This so-called “Deal” will be the final undoing of Palestinian hopes for justice, self-determination and return.

From the reckless declaration by President Donald Trump that the United States recognizes Jerusalem as the capital city of Israel, to his more recent proclamation that the United States recognized Israeli sovereignty over the Syrian Golan Heights, it is becoming clear what the Deal of the Century will entail: disregard of the Palestinians and recognition of Israeli rights to all of Palestine.

The purpose of the declaration recognizing Israeli sovereignty over the Golan Heights at this particular moment is twofold: It is an enormous contribution to Netanyahu’s campaign for re-election on April 9, a clear signal that Trump favors Netanyahu; and, what is even more troubling, it is a precursor to what we may soon see happen with Judea and Samaria, also known as the West Bank.

Four elements are likely to dominate the Deal of the Century: Palestinian self-determination; refugees; Jerusalem; and the future of what was formerly known as the West Bank and has been named by Israel Judea and Samaria. We have already been given a  preview of what is to come with the first three:

The refugees must cease to exist 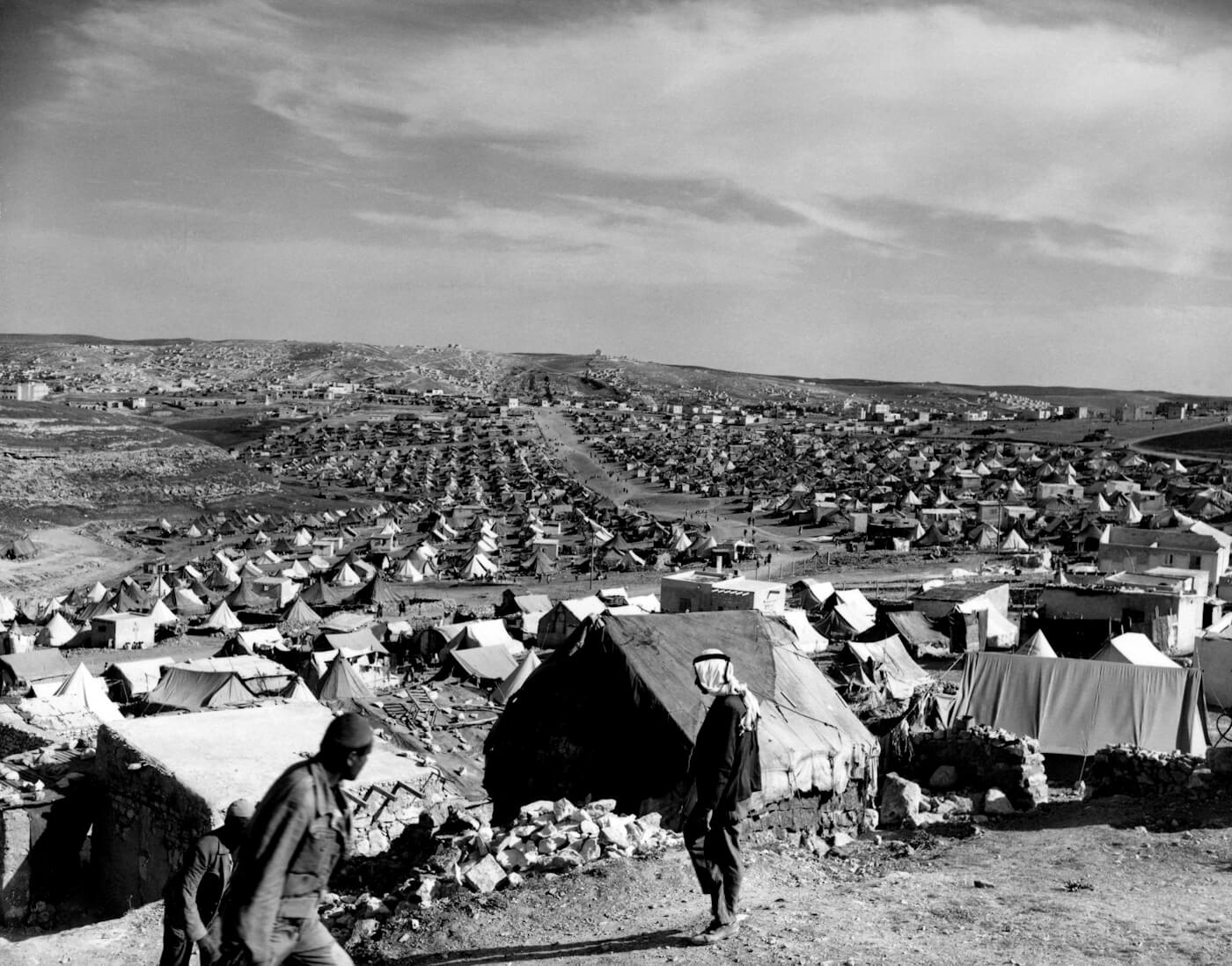 A United Nations Palestinian refugee camp in Amman, Jordan which housed seven thousand Palestinians that were expelled from their lands, April 30, 1953. Photo | AP

When you ask Jews around the world they say the same thing Israelis do. So, while the grandchildren of the 1948 refugees can tell you the name of the town or village from which their family came, even though the village has been destroyed, no Israelis — or Jewish people, for that matter — can trace their roots back to the ancient kingdom of Judea.

It is important to note and remind both Trump and Netanyahu that, according to international law, even refugees who were not born in Palestine but in the diaspora are refugees and have a right to return. This is because, under international human rights law, neither local integration nor resettlement forecloses the possibility of refugee return to their country of origin. Furthermore, after a large-scale displacement, such as the one that took place in Palestine in 1948, restitution may cover both public and private property.

It is not only the return of the people, but it is also the rightful claim to restitution, which will surely be made, that Israel dreads.

The extent of abandoned property that Israel has taken over as a result of the 1948 ethnic cleansing of Palestine is enormous. Palestinians were expelled from entire cities including Jaffa, Ramleh, Haifa and all of west Jerusalem. In addition to that, there are vast tracts of agricultural land that were taken. After the population was expelled, profit-making orchards of citrus, olive and other agricultural products were handed over by the newly established state to Jewish agricultural settlements.

Netanyahu and the entire Zionist establishment are aware of all this and they fear the day when they will be held accountable for this theft of property. Restitution of Palestinian property has received little discussion, largely because of Israel’s refusal to engage and pressure by Zionist groups to keep this subject off the table. The Deal of the Century is likely to try to make it disappear for good.

Judea and Samaria is next

Israeli annexation of the West Bank used to be a far-fetched idea. That is no longer the case. The West Bank is now, and has been for many years, “Judea and Samaria.” It has cities and counties; it includes industry and a bureaucracy with its own police force. There is a highway system in place and shopping centers — all built exclusively for Jews. Official annexation of the area to Israel today — much like recognizing Jerusalem as the capital city of Israel and Israeli sovereignty over the Golan Heights — would be merely a formality, albeit one that contravenes international law.

It is realistic to expect that, as part of the Deal of the Century, the U.S. will, before long, recognize Israeli sovereignty over Judea and Samaria. This will mean officially creating one state over all of Palestine with exclusive rights for the minority Israeli Jews. While this may seem like a win for Israel, it will also give rise to serious problems for the Zionist state.

Careful what you wish for

Today, perhaps more than ever, U.S. foreign policy in the Middle East is being dictated by Israel and specifically by Benjamin Netanyahu. It is executed by Jared Kushner through his father-in-law, the president of the United States. Though the Deal of the Century will try to eliminate the Palestinian issue for good, what the architects of the “Deal” in their arrogance fail to see is that this so-called “Deal” is nothing more than an irresponsible, impractical and precarious plan that will fall just as soon as it is raised.