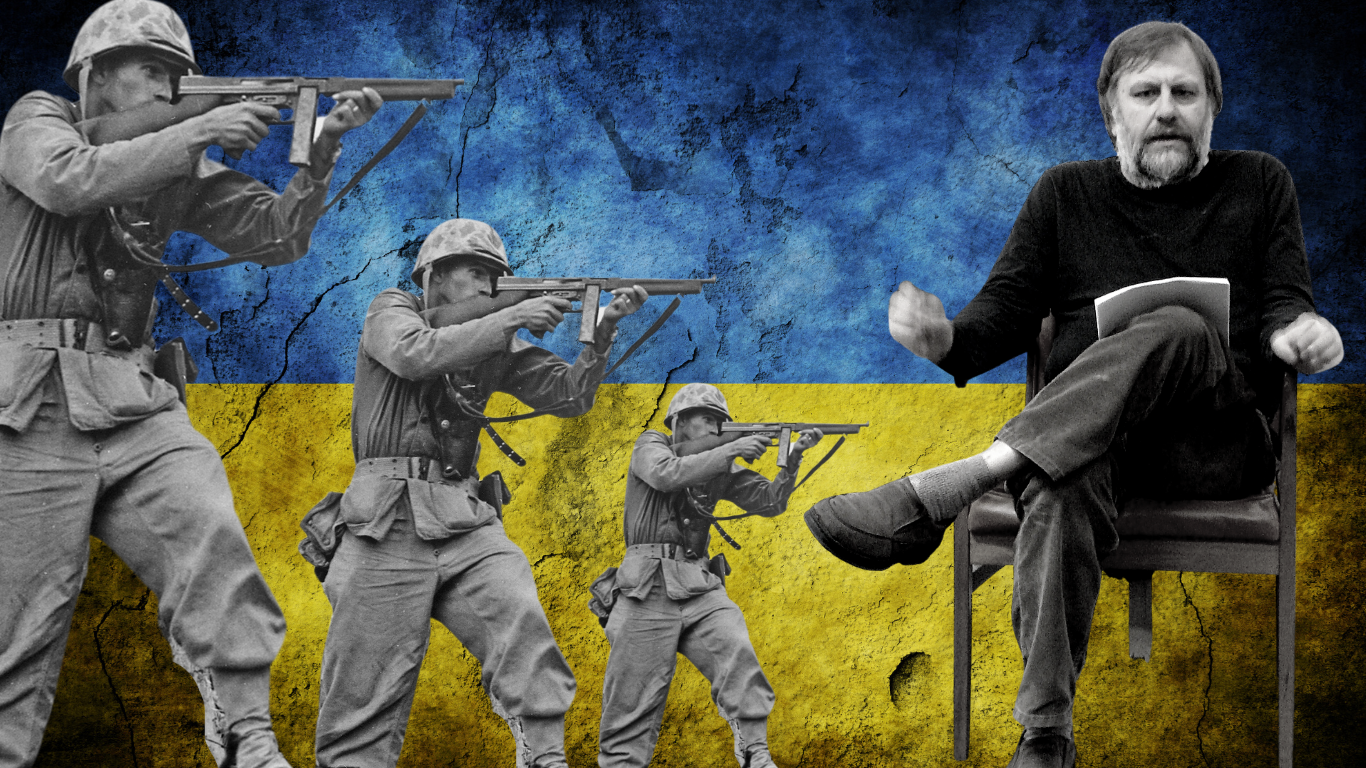 A Lemming Leading the Lemmings: Slavoj Zizek and the Terminal Collapse of the Anti-War Left

When Karl Rove was alleged to have said how the United States is now “an empire, we make our own reality,” he was not just making a hubristic statement. Rather, it can be seen as an indication that he was aware of how powerful a “cognitive campaign” is. They were shooting directly at the journalists: New evidence suggests Shireen Abu Akleh was killed in targeted attack by Israeli forces”. Thus read a CNN headline on May 26, 2022, for an article describing what may have been a “targeted killing,” – that is, assassination – of Al Jazeera journalist Shirleen Abu Akleh, a 51-year-old highly esteemed

END_OF_DOCUMENT_TOKEN_TO_BE_REPLACED

The Paradoxical Seeds of The Holocaust: Oppression and Death Live On in the Apartheid State

According to Amnesty Internaational, the crime of apartheid began in 1948 when the state of Israel was established. LYD, OCCUPIED PALESTINE – It is becoming increasingly difficult for Israel and the agencies that promote Zionism around the world to portray Zionism in rosy colors. This is primarily because there is a history of close to 100 years of Zionism; and the actions of the Zionist State, Israel, have a history of seven and a half decades of violence and

END_OF_DOCUMENT_TOKEN_TO_BE_REPLACED

Institute For Curriculum Studies: The “Educational” Dep’t of the Israel Lobby, With Jessica Buxbaum

ICS recommended that American students be discouraged from finding their own sources of information on the internet, and instead be instructed to use resources from the Anti-Defamation League or the Jewish Virtual Library. The MintPress podcast “The Watchdog,” hosted by British-Iraqi hip hop artist Lowkey, closely examines organizations about which it is in the public interest to know – including intelligence, lobby, and special interest groups influencing policies that infringe on free speech and target dissent. The Watchdog goes against the grain by casting

END_OF_DOCUMENT_TOKEN_TO_BE_REPLACED

Presenting itself as empowering the Black community, a new political action committee (PAC) with corporate and pro-Israel ties hopes to spend millions to defeat progressives. END_OF_DOCUMENT_TOKEN_TO_BE_REPLACED

The cases of Carol Cadwalladr and Paul Mason reveal how readily celebrated media figures are recruited to the intelligence services’ covert information war against other journalists. LONDON – Events of the past few days suggest British journalism – the so-called Fourth Estate – is not what it purports to be: a watchdog monitoring the centers of state power. It is quite the opposite. The pretensions of the establishment media took a severe battering this month as the defamation trial of Guardian columnist Carole Cadwalladr

END_OF_DOCUMENT_TOKEN_TO_BE_REPLACED

The People’s Summit: What the Summit of the Americas Might Have Been if America Was Not “Exceptional”

The Summit of the Americas showed the U.S. attempting and failing to impose its will on the hemisphere. The People’s Summit showed a different vision that is in accord with the wishes of most countries and people. LOS ANGELES – Earlier this month, there were two summits in Los Angeles: the Summit of the Americas, hosted by the U.S. State Department; and the People's Summit hosted by U.S. and international activist organizations. The two summits were held in the same city at the same time but could not otherwise be more different.   Summit of Some of