Meet Daphne Caruana Galizia, the journalist who led the Panama Papers investigation into corruption in Malta.

A blogger whose posts often attracted more readers than the combined circulation of the country’s newspapers, Caruana Galizia was recently described by Politico as a “one-woman WikiLeaks”.

To John Dalli, a former European commissioner whom she helped bring down in a tobacco lobbying scandal, Galizia is “a terrorist.”

To opposition MPs, she’s a political force of nature, one who fortunately has her guns aimed at the other side of the aisle.

“She single-handedly brought the government to the verge of collapse,” says one MP. “The lady has balls,” says another.

Galizia’s mantra was simple: blog relentlessly about the “cronyism that is accepted as something normal here. I can’t bear to see people like that rewarded.” 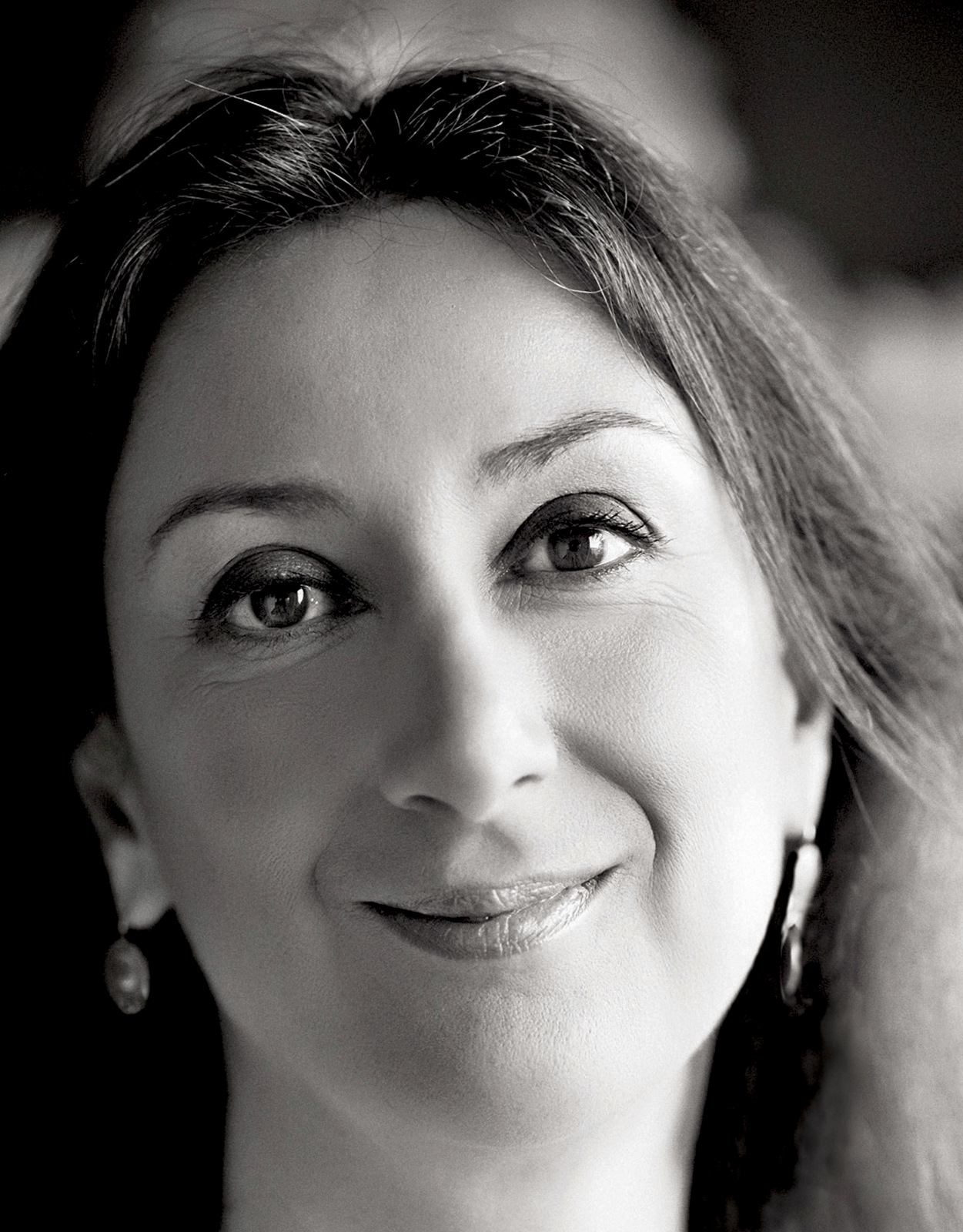 Her blogs were a thorn in the side of both the establishment and underworld figures that hold sway in Europe’s smallest member state.

Well, sadly, all that is over now, as Galizia was killed today when her car, a Peugeot 108, was destroyed by a powerful explosive device which blew the car into several pieces and threw the debris into a nearby field.

As The Guardian reports, her most recent revelations pointed the finger at Malta’s prime minister, Joseph Muscat, and two of his closest aides, connecting offshore companies linked to the three men with the sale of Maltese passports and payments from the government of Azerbaijan.

No group or individual has come forward to claim responsibility for the attack.

In these moments, when the country is shocked by such a vicious attack, I call on everyone to measure their words, to not pass judgment and to show solidarity,” she said.

“Everyone knows Ms Caruana Galizia was a harsh critic of mine,” Muscat at a hastily convened press conference, “both politically and personally, but nobody can justify this barbaric act in any way”.

The Nationalist party leader, Adrian Delia – himself the subject of negative stories by Caruana Galizia – claimed the killing was linked to her reporting.

“What happened today is not an ordinary killing. It is a consequence of the total collapse of the rule of law which has been going on for the past four years.”

Responding to news of the attack, the German MEP Sven Giegold, a leading figure in the parliament’s Panama Papers inquiry, said he was “shocked and saddened”.

It is too early to know the cause of the explosion but we expect to see a thorough investigation,” said Giegold.

It does make one wonder just what is happening in Europe, as Greece’s former finance minister tweeted…

Interestingly Muscat announced in parliament that FBI officers were on their way to Malta to assist with the investigation, following his request for outside help from the US government.

Caruana Galizia was 53 and leaves a husband and three sons.

Top photo | The wreckage of the car of investigative journalist Daphne Caruana Galizia lies next to a road in the town of Mosta, Malta, Monday, Oct. 16, 2017. Malta’s prime minister says a car bomb has killed an investigative journalist on the island nation. Prime Minister Joseph Muscat said the bomb that killed reporter Daphne Caruana Galizia exploded Monday afternoon as she left her home in a town outside Malta’s capital, Valetta. (AP/Rene Rossignaud)