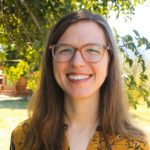 As billionaire pedophile and alleged sex-trafficker, Jeffrey Epstein sits in prison, reports have continued to surface about his reported links to intelligence, his financial ties to several companies and “charitable” foundations, and his friendships with the rich and powerful as well as top politicians.  While Part I and Part II of this series,

END_OF_DOCUMENT_TOKEN_TO_BE_REPLACED END_OF_DOCUMENT_TOKEN_TO_BE_REPLACED

MintCast co-host Whitney Webb interviews author, investigative journalist and poet Douglas Valentine about his extensive work on exposing the dark underbelly of the CIA and some of the agency’s most notorious covert programs.  Webb and Valentine begin the interview discussing how Valentine’s journalistic work on the CIA led him to be spied on

END_OF_DOCUMENT_TOKEN_TO_BE_REPLACED END_OF_DOCUMENT_TOKEN_TO_BE_REPLACED

Despite his “sweetheart” deal and having seemingly evaded justice, billionaire sex offender Jeffrey Epstein was arrested earlier this month on federal charges for sex trafficking minors. Epstein’s arrest has again brought increased media attention to many of his famous friends, the current president among them.  Many questions have since been

END_OF_DOCUMENT_TOKEN_TO_BE_REPLACED The largest pro-Israel organization in the United States is not composed of Jews, but of Christian evangelicals, with a total membership of 7 million, more than 2 million more members than the entirety of the American Jewish community.  Members of this organization, Christians United for Israel (CUFI), met in Washington on Monday, attracting

END_OF_DOCUMENT_TOKEN_TO_BE_REPLACED

The Temple Activist movement is now more mainstream than ever before and its effort to destroy the Al-Aqsa mosque compound, the third holiest site in Islam, has advanced with great rapidity since the year began and has picked up precipitously in recent weeks.

JERUSALEM -- In a troubling trend that continues to be overlooked by international media, the Temple Activist movement that seeks to destroy the Al-Aqsa mosque and the Dome of the Rock in Jerusalem and replace it with a Third Temple continues to advance its agenda. The movement’s forward progress is largely thanks to its successful efforts in