If the government falls, supporters will resist with armed recruits. CHIANG MAI, Thailand — For months, Thailand has grown frighteningly chaotic. The Southeast Asian nation has lacked an official parliament since December. Protesters intent on toppling the government have sabotaged

END_OF_DOCUMENT_TOKEN_TO_BE_REPLACED

The poll is sorely needed by a nation that has no idea of its population size. But rights groups urge that it be suspended. BANGKOK — Decades of dictatorship in Myanmar produced a deep catalogue of casualties: slain dissidents, land mine victims and economic ruin, to name a few. A lesser-known casualty of Myanmar’s totalitarian rule? Facts. For instance: Maybe Myanmar has the population of

END_OF_DOCUMENT_TOKEN_TO_BE_REPLACED BANGKOK, Thailand — Flooding is a perennial pain in Cambodia, the low-lying, deeply impoverished nation squeezed between Thailand and Vietnam. About this time each year, rivers swell, lakes

END_OF_DOCUMENT_TOKEN_TO_BE_REPLACED

The Kuala Lumpur War Crimes Tribunal attempts to prosecute war crimes that the International Criminal Court in The Hague won’t.

BANGKOK — When it debuted in 2002 to high praise, the International Criminal Court was seen by many as a dream realized. Dictators and war criminals, which left the 20th century so bloody, would finally fear a permanent tribunal with global reach. As the United Nations’ then-Secretary General Kofi Annan said following the court’s inauguration,

END_OF_DOCUMENT_TOKEN_TO_BE_REPLACED

Suu Kyi Spokesman: “There Is No Rohingya”

A report from Myanmar’s government claims the Muslim sub-population are simply displaced Bengalis from neighboring Bangladesh.

YANGON, Myanmar — From the depths of obscurity, Myanmar’s highly beleaguered Muslim Rohingya ethnicity has become something of a global cause célèbre. The United Nations deems the roughly 1 million population group one of the world’s “most persecuted” minorities. In a report last week, Human Right Watch deployed some of the most potent language

END_OF_DOCUMENT_TOKEN_TO_BE_REPLACED

Myanmar’s coastal Rakhine State is stricken with just the sort of mess certain international aid groups are designed to relieve. Roiling conflict between the region’s native Buddhists and a stateless Muslim ethnicity, the Rohingya, has brought on mob killings, torched villages, mass displacement and even bow-and-arrow wounds. The remote state is cursed with poor public […] 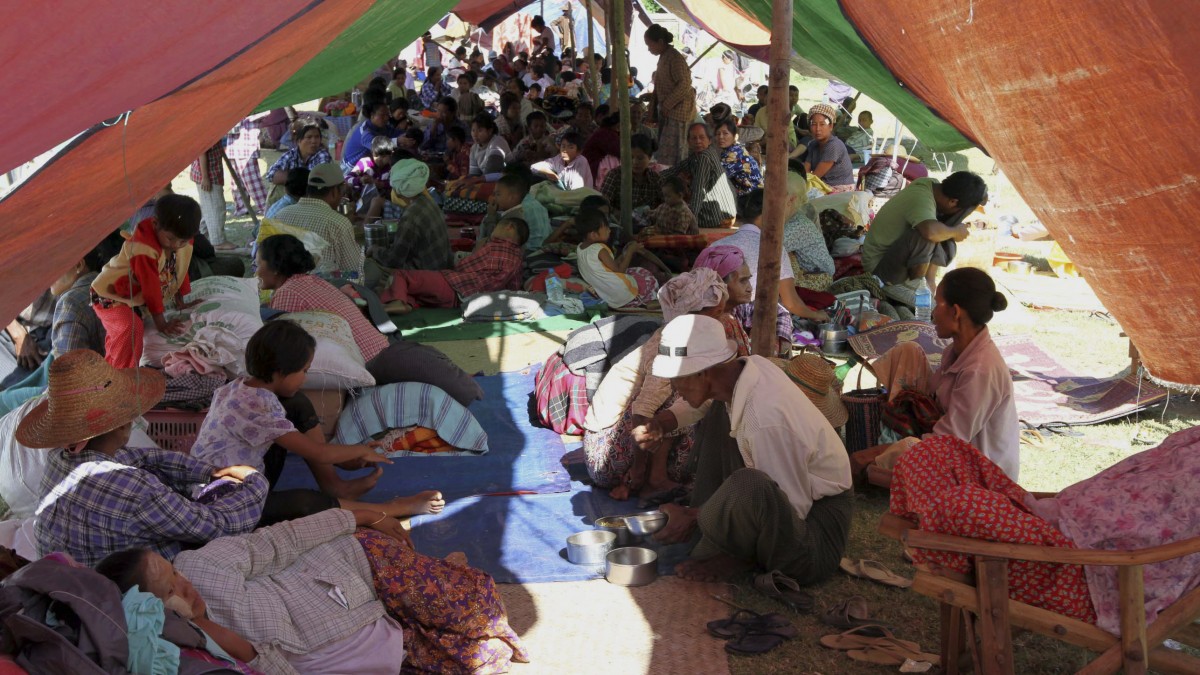 Myanmar’s coastal Rakhine State is stricken with just the sort of mess certain international aid groups are designed to relieve. Roiling conflict between the region’s native Buddhists and a stateless Muslim ethnicity, the Rohingya, has brought on mob killings, torched villages, mass displacement and even bow-and-arrow wounds. The remote state