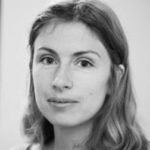 15 Civilians Killed In Single US Airstrike Have Been Identified

The rate at which civilians are being killed by American airstrikes in Afghanistan is now higher than it was in 2014 when the US was engaged in active combat operations. The Bureau has been able to identify 15 civilians killed in a single US drone strike in Afghanistan last month – the biggest loss of civilian life in one strike since the attack on the Medecins Sans Frontieres hospital (MSF) last October. The US claimed it had conducted a “counter-terrorism” strike against Islamic State (IS) fighters when it hit

END_OF_DOCUMENT_TOKEN_TO_BE_REPLACED

US Accused Of Killing 22 Somali Soldiers And Civilians Somali officials have claimed that the US killed 22 local soldiers and civilians in a drone strike that hit the north-central city of Galkayo late last month. The US has confirmed it conducted a strike in the area on the same date, but claims all those killed were members of the Islamist militant group al Shabaab.p According to a press