A Los Angeles County Sheriff’s Department deputy was recently arraigned and charged with several felony counts that included setting fire to a domestic companion’s hair, threatening to murder her with his firearm and breaking her nose. The allegations come from the Orange County District Attorney’s Office, which tells us that Deputy Alejandro

END_OF_DOCUMENT_TOKEN_TO_BE_REPLACED

“Some of the interview panelists actually heaped high praise on those candidates who stated that they would arrest a stranger but not arrest a friend or family member based on the same facts, citing their understanding of ‘discretion.” 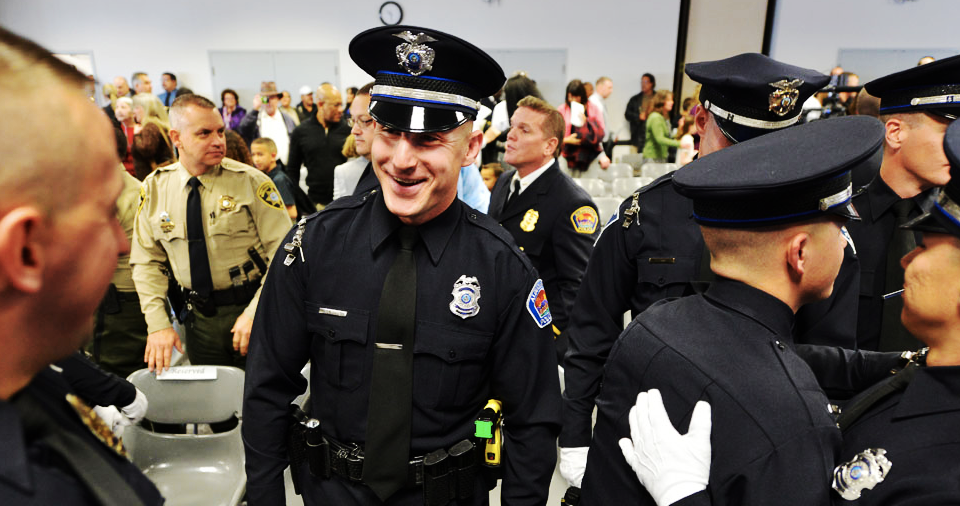 Recently, the Methuen Police Department admitted to favoring job applicants who promised they would never arrest fellow officers for drunk driving. The Massachusetts Civil Service Commission official wrote, in an official investigation that he was disappointed to discover that the city gave higher ranking points to candidates who said they would

END_OF_DOCUMENT_TOKEN_TO_BE_REPLACED The Pentagon just changed the rules of war to include legitimizing the killing of any journalists they deem “belligerent.” The new “laws of war” were released as part of a book of instructions on legitimate warfare practices approved by the United States military. This “rule book” of sorts details what the US government deems the acceptable

END_OF_DOCUMENT_TOKEN_TO_BE_REPLACED

It is now official: there is no justice in this injustice system. The two police officers who shot and killed 17-year-old Jessica Hernandez last January have just been ruled “legally justified,” in their actions according to Denver District Attorney Mitch Morrissey. Morrissey says that as a result of his findings there will be no criminal charges in this case. The shooting was ruled unequivocally “justified”

END_OF_DOCUMENT_TOKEN_TO_BE_REPLACED

So far, over 300 people have been released from prison as a result of the revelations around the nature and extent of the forged drug tests. A recent Supreme Judicial Court ruling is expected to free tens of thousands from prison. Those who are expected to be impacted by Monday’s decision are those whose drug samples were “mishandled” in a way that produced thousands of “forged” results, leading to incarceration. The justices ruled unanimously that in cases where defendants’

END_OF_DOCUMENT_TOKEN_TO_BE_REPLACED

NYPD Admits They Have Been Arresting Too Many People, Considering Amnesty For 1.2 Million

Many of these warrants are for unpaid tickets, disorderly conduct and public intoxication. The city simply cannot afford to jail people for victimless crimes any longer.

A man is carried by police officers as arrests are made near Union Square, Wednesday, April 29, 2015, in New York. People gathered to protest the death of Freddie Gray, a Baltimore man who was critically injured in police custody. The New York Police Department is being forced to acknowledge they have arrested far too many people for