The looming showdown between Israel and Hezbollah will be nothing like the last. A new cadre of battle-tested Hezbollah fighters returning from Syria and a myriad of bolstered alliances have Israel scrambling.

TEL AVIV, ISRAEL -- In mid-2006, Israel and Hezbollah fought a short-lived ground war in Lebanon, the outcome of which has generally been accepted as a victory for Hezbollah, as Israel struggled to inflict any meaningful damage on the Lebanon-based group. As the Nation’s Sulome Anderson has explained: The 2006 war was an impressive win for the

END_OF_DOCUMENT_TOKEN_TO_BE_REPLACED

Saudi Arabia’s spread of jihadist ideology has reached past the Middle East and Southeast Asia and penetrated deep into the Asia-Pacific, drawing in extremist groups reeling from recent losses in Syria and Iraq. MANILA, PHILIPPINES (Analysis) -- ISIS’ inevitable decline in Iraq and Syria, the credit for which is almost always wrongly bestowed upon the Trump administration, has provided windows of opportunity for the global terror group to spawn insurgencies in other locations. On December 20, 2017, MintPress News reported how this foreseeable ISIS

END_OF_DOCUMENT_TOKEN_TO_BE_REPLACED

Both Venezuela and the US are Preparing for an Impending Conflict

As if Trump’s threats of military action were not enough, the appointments of John Bolton and Mike Pompeo have sent Venezeuala scrambling to prepare its military for an American invasion. Countries that don’t eagerly follow the U.S.-led global order make prime targets for American-led invasions, particularly when those countries challenge the status of the U.S. dollar. Right now, Venezuela is one of these countries. Venezuela sits on the world’s largest oil reserves, and in order to free itself from what it calls the “tyranny of

END_OF_DOCUMENT_TOKEN_TO_BE_REPLACED THE GAZA STRIP -- (Analysis) With close to zero media coverage, particularly any analysis that is critical of the Israeli government and its policies, Israel has continued to pound the Gaza Strip with air strikes since the beginning of this year. In a separate report, MintPress News has documented the various human-rights abuses that Israel has

END_OF_DOCUMENT_TOKEN_TO_BE_REPLACED

New Zealand prides itself on having been one of the most staunch opponents of South Africa’s former apartheid regime and has now taken some of that fervor to the fight against Israel’s marginalization of Palestinians, but the Kiwi nation is quickly discovering the high cost of confronting Israel. AUCKLAND, NEW ZEALAND -- If we were to truly honor the late, great Stephen Hawking, perhaps it would pay to remind ourselves of the principles the acclaimed physicist really stood for. One of those principles was Hawking’s commitment to the boycott of Israel in response to Israel’s longstanding policy of egregiously violating the rights of millions

END_OF_DOCUMENT_TOKEN_TO_BE_REPLACED

Retired US Colonel: Israel Is Dragging the United States Into World War III

Lawrence Wilkerson, a retired army colonel who now teaches at Washington-area universities, didn’t hold back in his critique of where the status quo is leading the United States via its client state, Israel. Israel is in the process of plunging America into a war with Iran that could destroy what’s left of the Middle East and ignite a third world war, Col. Lawrence Wilkerson, former chief of staff to Secretary of State Colin Powell, warned in Washington approximately a week ago. Wilkerson, a retired army colonel who now teaches at Washington-area

END_OF_DOCUMENT_TOKEN_TO_BE_REPLACED

While Israel voices its frustration with what it terms as U.S. “inaction,” a showdown between Iran and the United States in Syria is becoming increasingly inevitable. 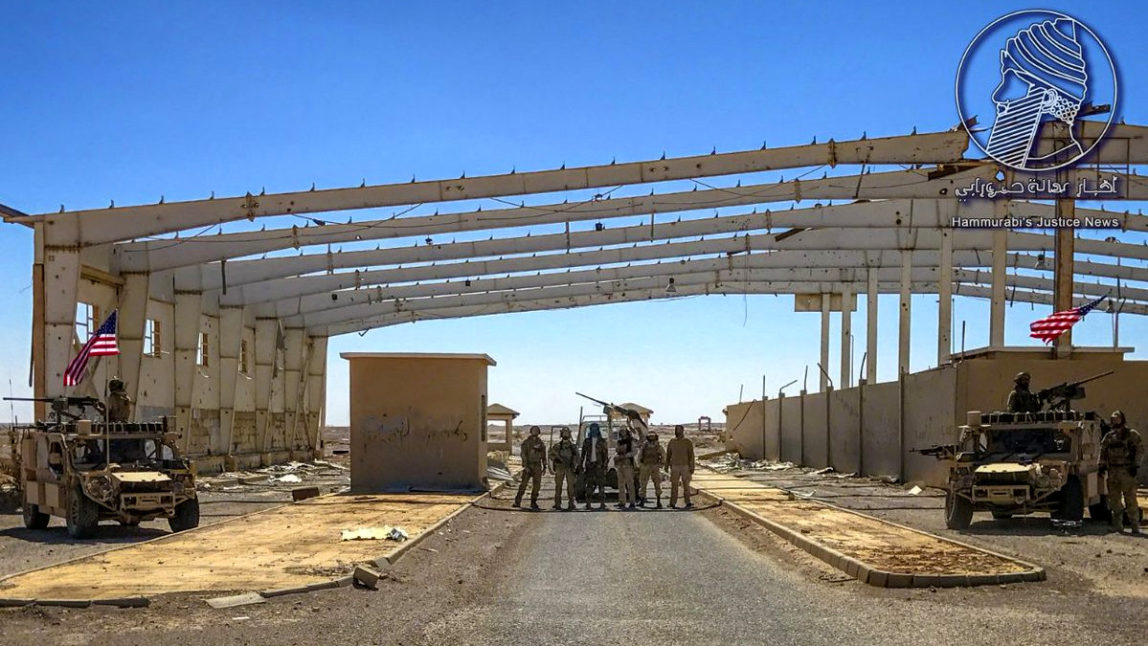 Just days ago, Israel openly voiced its frustrations with the United States for not taking a stronger role in countering Iran’s growing influence in neighboring Syria, a red line for Israel that has them planning to assault Syria’s sovereignty in order to defend its interests. “It is convenient for the Americans to let us be their proxy against