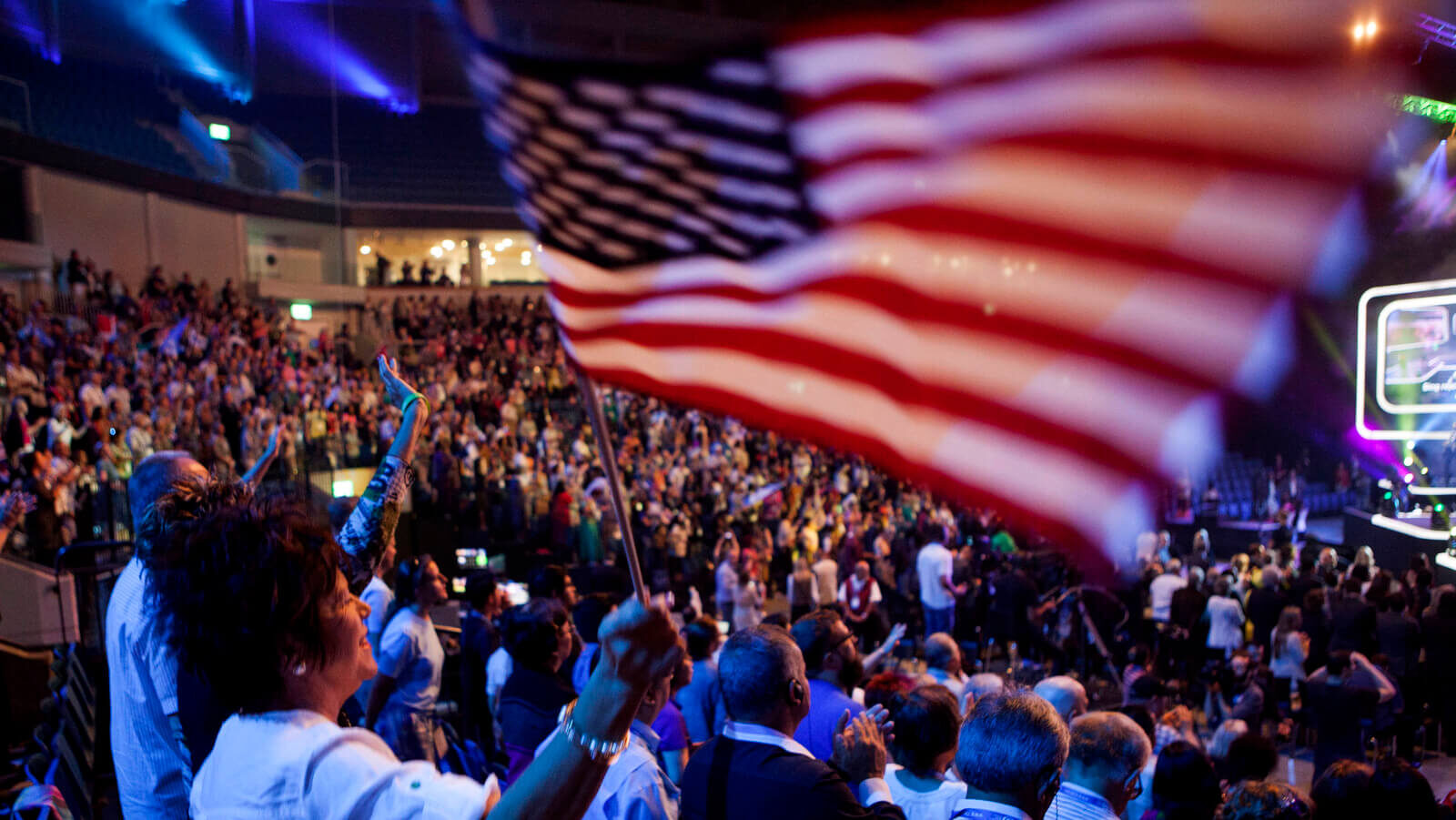 WASHINGTON — In honor of the shared values between the State of Israel and the United States of America, and the recently passed “Israel as the Nation State of the Jewish People” Basic Law, the following bill has been proposed to the U.S. House of Representatives (with an identical bill proposed in the U.S. Senate).  Since an overwhelming number of Senators and Representatives, and the White House, strongly support Israel and have not objected to its new Nation State Law, we expect overwhelming support for this proposed bill as it is applied to the United States of America.  In addition, we expect no objections from American supporters of Israel who have also been silent about Israel’s Nation State Law.

Bill: The U.S. as the Nation-State of the Protestant Christian People

Whereas the United States of America was founded as a state for the free worship of the Protestant Christian religion;

Proposed Law: The United States of America as the Nation-State of the Protestant Christian People

A. The land of the United States of America is a land of Protestant Christian people.

B. The United States of America is a home for the Protestant Christian people, in which it fulfills its natural, cultural, religious and historical right to self-determination.

C. The right to exercise national self-determination in the United States of America is unique to the Protestant Christian people.

2 — The symbols of the state

A. The name of the state is “the United States of America.”

B. The state flag shall consist of red and whites stripes with a blue field containing fifty white crosses.

C. The state emblem is the cross of Jesus Christ with the words “the United States of America” beneath it.

D. The state anthem is “the Star Spangled Banner.”

E. Details regarding state symbols will be determined by the law.

3 — The capital of the state

Washington, D.C. is the capital of the United States of America.

A. The state’s language is English.

B. All other languages have a special status in the state; Regulating the use of any language other than English in state institutions or by them will be set in law.

C. This clause does not harm the status given to the other languages before this law came into effect.

The state will be open for Protestant Christian immigration.

6 — Connection to the Protestant Christian people

The state views the development of Protestant Christian expansion as a national value and will act to encourage and promote its establishment and acquisition of additional lands under such observance.

The Gregorian calendar is the official calendar of the state.

A. Independence Day is the official national holiday of the state.

B. Memorial Day for the Fallen in the United States of America’s Wars is the official memorial day of the state.

C. Christmas, Good Friday, and Easter are official holidays of the state.

Sundays and the festivals of the United States of America are the established days of rest in the state; Non-Protestant Christians have a right to maintain days of rest on their religious days of rest and festivals; Details of this issue will be determined by law.

This law shall not be amended, unless by another law passed by a majority of both houses of Congress.

The Nation State Law and the meaning of democracy Surely most Americans, with the exception of perhaps the most extreme nativists, would reject such a blatantly racist government mandate of religious supremacy. Yet this satirical example of a U.S. bill is for all practical purposes identical to the recently passed “Israel as the Nation-State of the Jewish People” Basic Law. (A Basic Law in Israel is a supreme law, as Israel does not have a Constitution.) With this Nation-State Law, Israel has now codified the blatant racism based upon religious heritage that has been in effect de facto since establishing Israel’s sovereignty in 1948.

Israel has for decades declared itself as “the only democracy in the Middle East,” yet a democracy does not provide different rights to those under its sovereignty based upon religion. From its inception in 1948, Israel has been a state of Jewish privilege. Over 700,000 Palestinians were ethnically cleansed during Israel’s war to declare itself a land for the Jewish people. The far fewer Palestinians that remained lived under military rule for two decades and have suffered under secondary status ever since. In 1967, Israel launched a war against Egypt, a war of opportunity to crush the Egyptian military, and captured the Sinai, East Jerusalem, the West Bank and the Golan Heights from Egypt’s allies. Only the Sinai has been returned despite the obvious violation of the international law of taking land by war.

Following the Six Day war in 1967, 300,000 more Palestinians were driven from their homes and those remaining within the territory occupied by the Israeli military have lived under military law for over five decades now. While Israeli propaganda now refers to these lands as the “disputed territories,” despite the lack of any legal basis, it would probably be more accurate to refer to these lands, as well as the lands within the 1948 armistice line, as “colonized.”

After 51 years of military rule and the transfer of over 600,000 colonial settlers to East Jerusalem and the West Bank, every single one of whom is in violation of the law against the transfer of populations to land taken by war under Article 49 of the Fourth Geneva Convention, it is rather credulous to believe the “occupation” will ever end. By the very words of the Nation-State Law, which include that “the state views the development of Jewish settlement as a national value and will act to encourage and promote its establishment and consolidation,” Palestinians have no reason to ever believe they will have self-determination in any part of what was Palestine before the Zionist conquest of 1947-48.

The Orwellian pretense of democracy

With the passing of the Nation-State Law, Israel has ended the pretense of democracy. Palestinians do not have the right of self-determination, as they are not Jewish. They are now, by law, secondary citizens or non-citizens altogether. This is the very definition of apartheid.

The expansion of the colonial settlements is now proclaimed as a goal of the state, yet Israeli rule over East Jerusalem and the West Bank has provided for their initiation and vast expansion since 1967 anyway. Arabic is no longer an equal language according to the state. Therefore, while deferential language is provided to Arabic, its reduced status is a step towards further limiting its use by its native speakers. Further, the establishment of a Palestinian state with East Jerusalem as its capital, as promised under the Oslo Accords of 1993, is now impossible with Israel proclaiming “[the] unified and complete [city of] Jerusalem is the capital of Israel.”

Ironically, while “Israel’s Nation-State Law parallels the Nazi Nuremberg Laws,” Israeli Prime Minister Benjamin Netanyahu has stated, “we will keep ensuring civil rights in Israel’s democracy but the majority also has rights and the majority decides.” This twisted statement essentially calls for tyranny by majority rule, especially since the Jewish State defines who of those under its sovereignty may vote. In this way, Netanyahu’s statement of democracy makes sense only if Palestinians are viewed as subhumans not worthy of equal rights in a democracy.

So when you are asked, ‘Do you support Israel?’ ask yourself whether you would want the same Nation-State Law passed in your country.