Upon his arrival at Ben Gurion Airport, which sits on the lands of the occupied Palestinian city of El-Lyd, President Joe Biden repeated his age-old mantra, “You don’t have to be a Jew to be a Zionist.” Indeed you do not. To be a Zionist, you only need to be a racist, a supporter of the hate-filled, violent, intolerant apartheid regime that has been occupying Palestine since 1948. You need to believe that people who are not Palestinians have a right to Palestine and to its resources. To be a Zionist, you don’t need to be Jewish, you just need to repeat the absurd claim that the Bible gives all Jewish people around the world the right to kill people because they are Palestinians who want to return to their homes and their land.

In a nauseating show of hypocrisy, President Biden, Israeli President Yitzhak Hertzog, and Prime Minister Lapid spoke of peace, justice, and human rights as the shared values of the United States and the State of Israel. This was less than twenty-four hours after John Bolton admitted to orchestrating coup d’états in countries around the world. This is also after Israeli military, and political figures openly talked about assassinating Iranian scientists and officials.

The values shared by Israel and the United States are clearly represented in the fact that President Biden is visiting a country that only recently assassinated the American-Palestinian journalist Shireen Abu-Akleh and is keeping silent about it. The president of the United States is in Israel, meeting with heads of the Israeli state, and yet rather than using the full force of his position – which is considerable – to demand accountability, he says and does nothing.

American journalist Jamal Khashoggi. The murders of Khashoggi and that of Shireen Abu Akleh are not the only crimes committed by the two regimes for which Biden is showing love, but these two were well publicized and involve U.S. nationals, so one would think he would act or at least speak out.

U.S. support for Israel is a bad deal for the American taxpayers. $3.8 billion dollars of American taxpayers’ money gets sent to Israel at the beginning of each year. And with the exception of the military-industrial complex, Americans get little out of this.

American citizens who wish to travel to Palestine, particularly if they have an Arab name or family there, are subjected to harassment by the Israeli authorities. This harassment takes place at Tel-Aviv airport, where the authorities are notoriously racist, anti-Arab and anti-Muslim. The harassment can last for many hours and often results in refusal of entry into the country. U.S. citizens are not protected from the inhumane interrogation process that takes place at the airport on the way in, and they are not protected by their U.S. citizenship when they leave the country.

A U.S. passport does not even protect Americans from being shot and killed by Israeli forces. Rachel Corrie and Shireen Abu-Akleh, both citizens of the United States, were killed in broad daylight. They were wearing safety equipment, they were well identified as non-combatant civilians, and they were both butchered in plain sight. Washington made no effort to bring the criminals to justice. 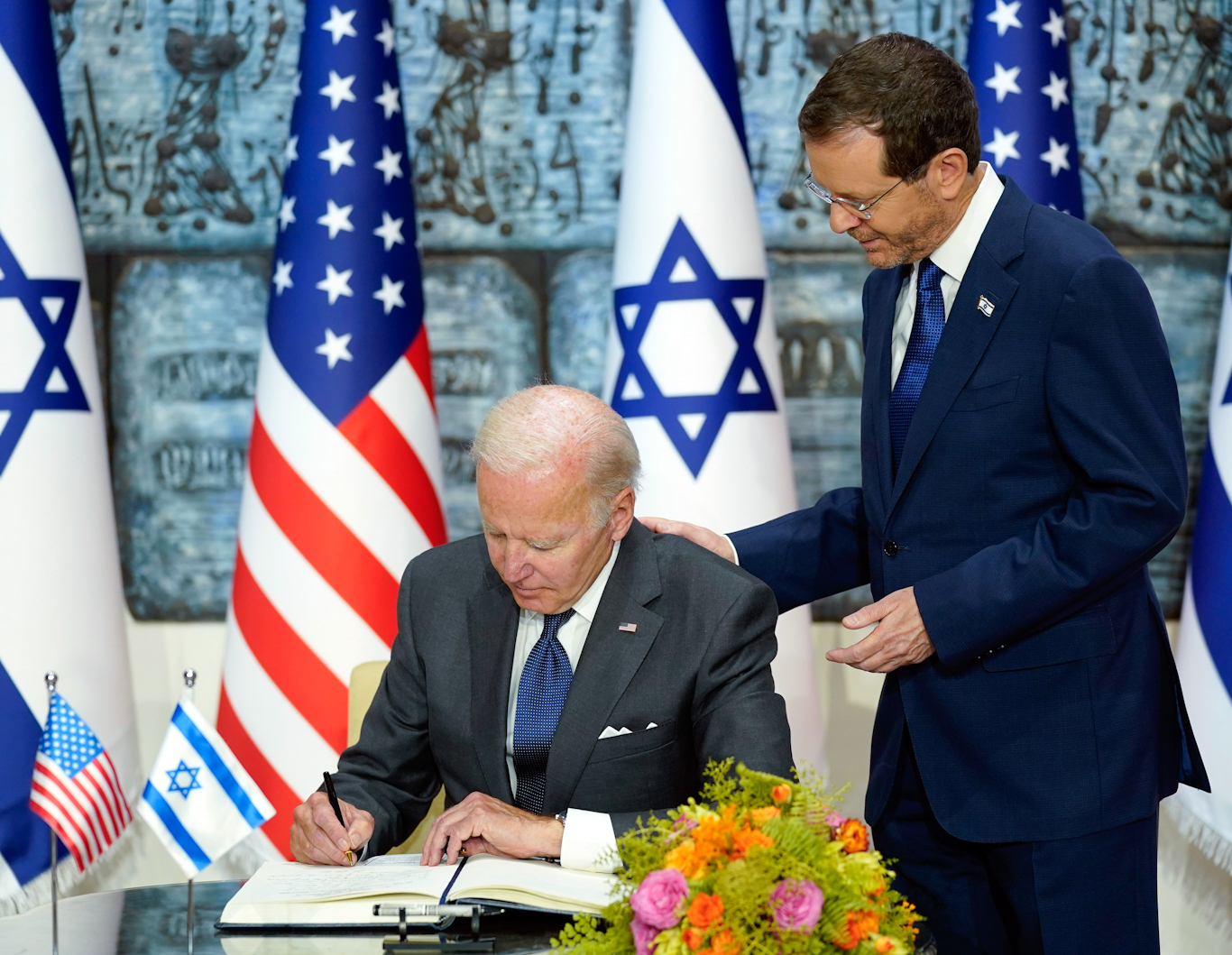 Another U.S. citizen who died at the hand of IDF soldiers is Omar Abdalmajeed As’ad. He died on January 12 after he was arrested by IDF troops. According to a report in The Jerusalem Post, the seventy-eight-year-old As’ad “was arrested, handcuffed, blindfolded and gagged,” after which the soldiers left. Also, according to the Post report, “the soldiers did not call for medical assistance and left him there believing that he had fallen asleep.” Although several members of congress did issue statements, no real action was taken to hold Israel accountable.

Where was the U.S. government to protect him? Where was the demand to investigate and bring the culprits to justice? and where are the sanctions against the State of Israel, which shows no regard for the lives of Palestinians?

The Israeli human-rights organization B’Tselem commented that: “The army’s announcement regarding the death of Omar Assad is adorned with empty words about ‘moral failure’ – concluding, as expected, with the faintest of rebukes…In fact, the fundamental moral failure is that of Israel’s senior echelons, leading a regime of Jewish supremacy, one in which the human life of Palestinians has no value.”

No democracy, no stability

Contrary to what is said about Israel, it is neither a democracy nor an island of stability. It has been several years since Israel has been able to function as a state. This is due to the fact that there has not been a government with a stable majority in place. Elections are held over and over again, and even though the results are predictably the same, no stable government is formed. The election results have been consistent, clearly showing what Israeli voters want, namely, they are in favor of a strong, ultra-right-wing government led by racists like Benjamin Netanyahu, who was indicted for corruption, and war criminal generals like Benny Gantz.

Neither the corruption nor the war crimes seem to have any impact on the voters, and these people are elected over and over again. The only thing that changes are the partnerships between the politicians who rarely last very long and the new generals that join the political arena. The one thing that remains constant in Israeli politics is Benjamin Netanyahu. He and his loyal Likud Party followers are the only stable, consistent element in Israeli politics.

Who is Joe Biden working for?

Judging by his performance, Joe Biden is working for AIPAC and not for the American people. He hit every note, shook every hand and repeated his mantras, clearly trying to please his donors back home. According to reports, he even made sure to tell Benjamin Netanyahu that he likes him. His interview on Israeli television included a commitment to keep the Iranian Revolutionary Guard on the list of terrorist organizations and even to attack Iran if that was what it took to prevent it from developing nuclear weapons. That is not what his constituents in the U.S. want, but it is what Israel and AIPAC expect of him.