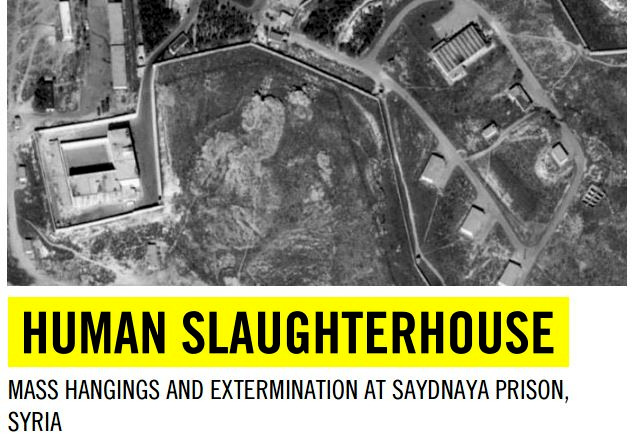 The media was quick to oversell the story, which was based on the limited testimony of Syrian rebels.

Screenshot of the cover page of Amnesty’s report on alleged abuses at the Saydnaya Prison in Syria.

A report from Amnesty International citing testimony from a handful of rebels and other opposition figures, and claiming a large number of hangings carried out by the Syrian government at a single prison has been quickly accepted by media outlets, and in many cases far overstated, despite a lack of really concrete proof it ever happened.

The report’s figures are based on claims of executions of between 20 and 50 people executed in a week, extrapolated into a 4+ year figure which put between 5,000 and 13,000 people over that period, “assuming the rate remained the same,” an assumption for which they don’t provide any real evidence, since the testimonies are all for very limited periods of time.

This broad 5,000 to 13,000 death toll was not only endorsed by outlets like the Associated Press, but overstated, with the AP taking that fairly wide range, and reporting “at least 13,000” as the death toll, despite it being the absolute maximum in the Amnesty range.

The Syrian government has issued a statement denying the claim, calling it part of a “smear campaign” against them. While Syria often denies things that they actually did, in this case, the lack of evidence makes it difficult to say how many executions might’ve happened.