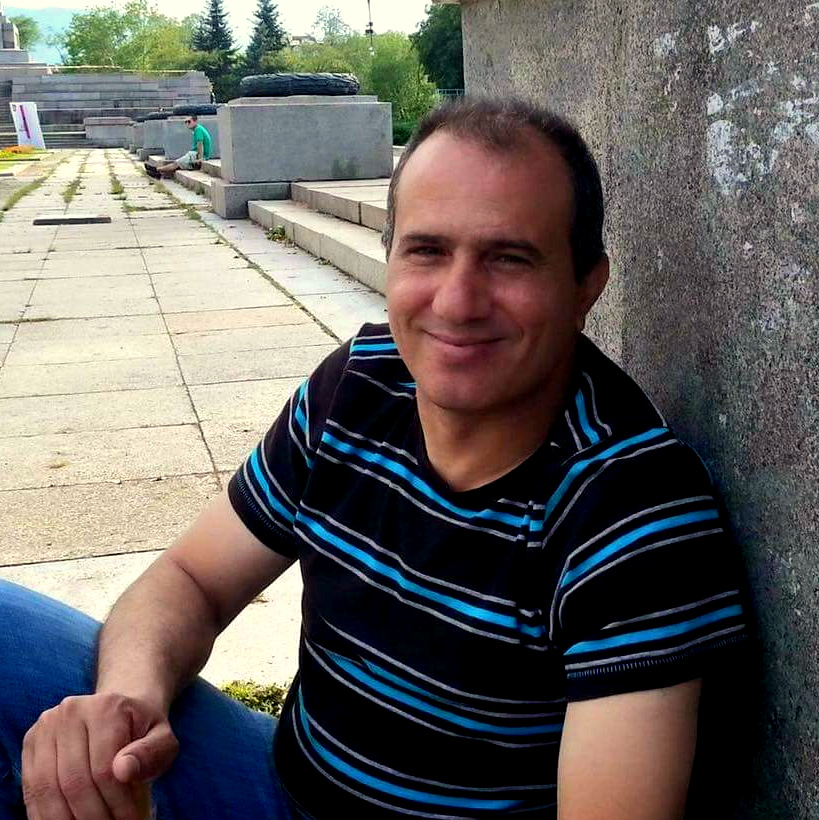 SOFIA, Bulgaria — On Friday morning, the family of Omar Nayef Zayed, a well-known Palestinian political prisoner who fled Israel decades ago, confirmed the news that Zayed died inside the Palestinian Authority’s embassy in Bulgaria where he was seeking refuge.

Zayed, 52, had been based at the embassy since December, after he was informed that Israeli judicial authorities had formally submitted an extradition request to the Bulgarian Supreme Prosecutor’s Office of Cassation, and he was required to surrender to Bulgarian authorities within 72 hours.

Zayed’s 17-year-old daughter, Diana, previously recounted how the day after receiving the extradition request Bulgarian authorities raided their home, apparently without a warrant, and interrogated Zayed’s son at the police station.

Fleeing Bulgarian authorities, Zayed turned to the PA embassy to seek protection and fight the extradition request. Zayed’s brother, Ahmad, spoke to al-Quds news channel, and claimed that nothing was amiss when he spoke to Zayed on the phone Thursday evening. However, early Friday morning he was notified by the embassy of his brother’s death.

According to Palestinian news wire Ma’an News Agency, Palestinian Deputy Minister of Foreign Affairs Taysir Jaradat claimed that on Friday morning staff discovered Zayed’s blood-soaked body in the embassy’s garden, and that he died en route to a hospital.

Though details of Zayed’s death remain unclear, senior Palestinian officials and his family are labelling the incident an “assassination,” and many who have taken to social media are accusing agents from the Israeli intelligence agency Mossad of being involved.

According to Sofia News Agency, the Bulgarian Prosecutor’s office stated on Friday that the death resulted from “violence.”

Employees of the Samidoun Palestinian Prisoner Solidarity Network, a network of activists working for the realization of the rights of Palestinian political prisoners, spoke to MintPress News about the incident.

“Omar Nayef Zayed was targeted as a Palestinian, as a struggler, as a former political prisoner. His case, his targeting and his assassination were an attempt to demonstrate that no Palestinian anywhere is safe from the long arms of the Israeli occupation,” said Charlotte Kates, international coordinator of Samidoun.

“This is clearly a threat to all Palestinians — especially former prisoners and veterans of the struggle in Europe,” she added.

Kates’ interpretation of the incident being an assassination was echoed by her colleague, Mohammed Khatib, who firmly stated:

“We hold Israel and its intelligence services, the Palestinian Authority and the Bulgarian government responsible for the killing of Omar Nayef Zayed, whose life was taken as he lived his life, in the struggle for freedom for Palestine.”

“Israeli media have been the first to report explicitly that Omar was ‘assassinated,’” revealed Joe Catron, a MintPress contributor who also works with Samidoun. “This comes as no surprise. They’re simply the most knowledgeable and honest about the workings of their government and its intelligence agencies.”

On the run from Israel

Zayed, who was originally from the West Bank city of Jenin and a member of the People’s Front for the Liberation of Palestine, was accused of the murder of an Israeli settler in East Jerusalem in 1986.

After being arrested and sentenced to life imprisonment, he was relocated to a hospital in Bethlehem in 1990 to receive treatment following a 40-day hunger strike against his sentence. According to his lawyer, Zayed’s hospital treatment was also addressing mental health problems following torture methods used to extract a false confession.

Zayed escaped from the hospital and settled in Bulgaria in 1994, where he was granted residency in 2012. Zayed settled down and ran a vegetable shop in the capital, and eventually married and had three children. Upon the establishment of the PA in 1994 under the Oslo Accords, all Palestinian political prisoners were supposed to be released. This would have included Zayed if he hadn’t fled.

Dianna Buttu, a policy analyst at Al-Shabaka: The Palestinian Policy Network, explained in comments to Al-Jazeera that Israel’s extradition request for Zayed, a former political prisoner, was problematic, as the extradition treaty with the European Union excludes “political offenses.”

“This is part of a pattern of Israel not recognizing the political status of Palestinian political prisoners,” explained Buttu.

“In the past, Israel has sought to exact revenge on former political prisoners who they either re-arrested, like those who were released during the Gilad Shalit prisoner swap, or assassinated, like Samir Kantar.”

Zayed’s fear of being extradited to Israel seems to be well founded, as the mistreatment of political prisoners under Israel’s military judicial system seems to be the norm.

According to Addameer, a Jerusalem-based group that offers support to Palestinian prisoners and torture victims, there are currently 6,900 political prisoners incarcerated in Israel, 502 of whom are serving life sentences.

Indeed, members of Zayed’s family had previously criticized the PA for not doing enough to secure his safety.

In a statement, the PFLP said on Friday:

“We in the Popular Front for the Liberation of Palestine hold fully responsible for this nefarious crime the Zionist State and the Israeli Mossad who targeted Comrade Omar Nayef Zayed for assassination, as we hold responsible the Palestinian Authority and the Palestinian Embassy in Bulgaria who failed to protect him and his security, and the Bulgarian government and security forces who pursued Comrade Nayef Zayed for arrest and imprisonment for over three months.”