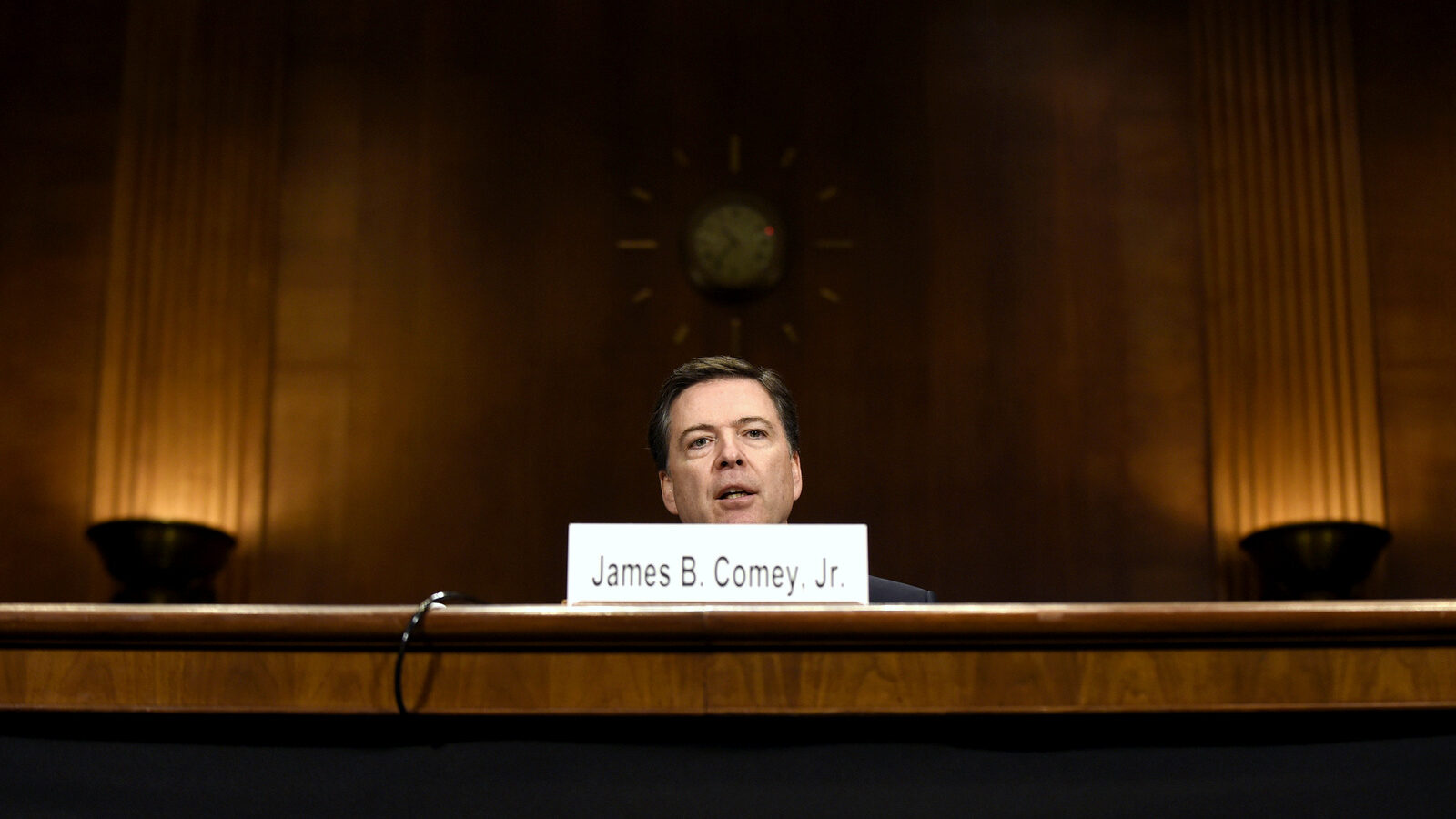 The FBI denied reports that the couple response for the deadly San Bernardino shooting promoted jihad on social media, but that hasn’t stopped calls for more surveillance.

FBI Director James Comey testifies on Capitol Hill in Washington, Wednesday, Dec. 9, 2015, before the Senate Judiciary Committee. Comey said the two San Bernardino shooters were radicalized at least two years ago and had discussed jihad and martyrdom as early as 2013. (AP Photo/Susan Walsh)

During a Wednesday briefing with reporters in New York, Comey called the incorrect reporting a “garble” of the real story and noted that neither of the killers used social networks to publicly spread a message of violence:

“So far, in this investigation we have found no evidence of posting on social media by either of them at that period in time and thereafter reflecting their commitment to jihad or to martyrdom.”

On Dec. 2, the pair killed 14 at a holiday office party at a government health center where Farook was employed. They were killed in a shootout with police shortly after the attack.

Comey claimed that Malik shared her feelings in a few private messages to Pakistani friends and posted on Facebook at about the same time as the attack, swearing allegiance to Abu Bakr al-Baghdadi, the self-proclaimed leader of Daesh (the Arabic acronym for the group also known as the Islamic State, ISIS or ISIL).

While they may have been inspired by Daesh’s rhetoric, the FBI has also been unable to find any evidence that directly ties the couple to any organized terrorist groups or cells.

The New York Times reported on Dec. 12 that Malik “talked openly on social media about her views on violent jihad” only to correct their reporting with an editor’s note on Friday. As of Friday evening, at least one partner of the Times, The Express Tribune, based in Pakistan, still had the uncorrected article on their website.

In an opinion piece for The Washington Post on Thursday, Erik Wemple called the mistake “a gigantic deal,” adding:

“The New York Times, after all, didn’t merely report that Malik had made public Facebook postings about her feelings about jihad; it wrapped that contention into what reads as a condemnation of the U.S. anti-terrorism apparatus.”

Dean Baquet, executive editor at the Times, admitted on Friday that the error was “a really big mistake.”

Despite the retraction, the Department of Homeland Security is now reportedly using the San Bernardino shooting as an excuse to monitor the social media postings of visa applicants attempting to enter the country. The move comes amid widespread efforts to expand surveillance in the name of preventing terrorism, including a major “cybersecurity” bill that Congress hopes to force through as part of upcoming budget legislation.